Mihalis Pahtikos’ tiny workshop is a glorious clutter of sharpening stones, slabs of Damascus steel, fragments of bone, grinding wheels and—of course—knives. So many knives. Knives for sale in the window. Knives half-made and scattered on his workbench. Knives small enough to fit in a pocket and large enough to butcher a cow.

I’m in the knife-making corner of Chania—a seaside town on the northwest corner of Crete—where a cluster of shops hone a long tradition of handmade blades, some elegant, some workaday brutish. Pahtikos has been at it since he was a child, apprenticing with his father and grandfather, the latter having opened the shop after arriving from Constantinople in 1912.

As he finishes one of the knives for me—slightly snub-nosed, like a Japanese santoku, but with a blade thick and heavy like a cleaver, and a handle made from ringlets of brass, white sheep’s bone, and amber and black stones—he tells me he wasn’t allowed to sell any knife he made until he was 16. When he did, it was etched with a poem: “On my knife, a fly doesn’t sit.”

“Lots of people still bring back knives my father and grandfather made for sharpening,” he says. Such is the strength of tradition. And it’s an important lesson about Crete, its people and, of course, its food. It’s a lesson I’d taste repeatedly as I ate my way across Chania, the mountains around it, and the olive tree valleys between.

A lesson that also was on display during a wine-soaked lunch at the foothills of the Lefka Ori Mountains in nearby Vatolakkos. Alexandra Manousakis and her husband, Afshin Molavi, had invited me to their Manousakis Winery, producer of easily the best wines I tasted during a week of much tasting on this vineyard-rich island.

But clearly for Manousakis and Molavi, the wine almost is a byproduct of the deeper pull of family, food and tradition. Manousakis’ father, Ted, had left Vatolakkos as a child to immigrate to the U.S. As an adult, he was drawn home and by 1993, he’d planted his first grapevines on these hills. Fourteen years later, Alexandra joined him.

“This place is our family,” she tells me over a table laden with meze on an almost cinematically beautiful stone terrace. “And that’s important to Greek immigrant families.... It’s about committing to your family and friends through food. And we just happen to make the wine that goes with it.”

The meal that day overwhelms. For Manousakis and Molavi, the emotions run as strong as the bold, fresh flavors—most of them wedded by tangy-sweet tomatoes—that so perfectly capture an afternoon of eating and drinking as new friends quickly become fast friends in a courtyard of fig and lemon trees. This... this is what food is about.

First, there is dakos, the Cretan salad of mizithra cheese, briny black olives, oregano, olive oil and tomatoes, the juices of which gently soften crunchy barley rusks beneath to create a Greek dish reminiscent of—yet wildly more robust than—Italian panzanella. “I eat this every day,” Manousakis says. “It fills every need for me.”

But the real stars are a trio of rustic sweet-and-savory dishes drawn, not unexpectedly, from family. First, there is gigantes plaki, or gigante beans baked in a rich tomato sauce. “The gigantes are my dad’s recipe,” Manousakis says as we spoon out the massive white beans and their richly sweet sauce. “He will sit here and eat three bowls.” Easily understood.

Then there is giouvetsi, a beef stew loaded with tomato, onion, garlic, sweet paprika and oregano, all of it warmed wonderfully with cinnamon and nutmeg. Cooked with it, plumping as it soaks up the sauce, is orzo, tender oblongs of Greek pasta. The result is meaty and hearty, but not heavy.

Finally, from Manousakis’ aunt, soutzoukakia, or meatballs cooked in tomato sauce. “She claims to have the best soutzoukakia,” Manousakis says. “So we asked her for the recipe.” Made from beef and lamb, grated onion and a host of seasonings—garlic, mint, oregano, cumin and sweet paprika among them—the result is rich and tangy.

By the end of the meal, the draw here is obvious. The food is as much about the moment and the people—and the long traditions they represent—as it is the taste. It drew Manousakis’ father back. It drew her back. It will draw me back. 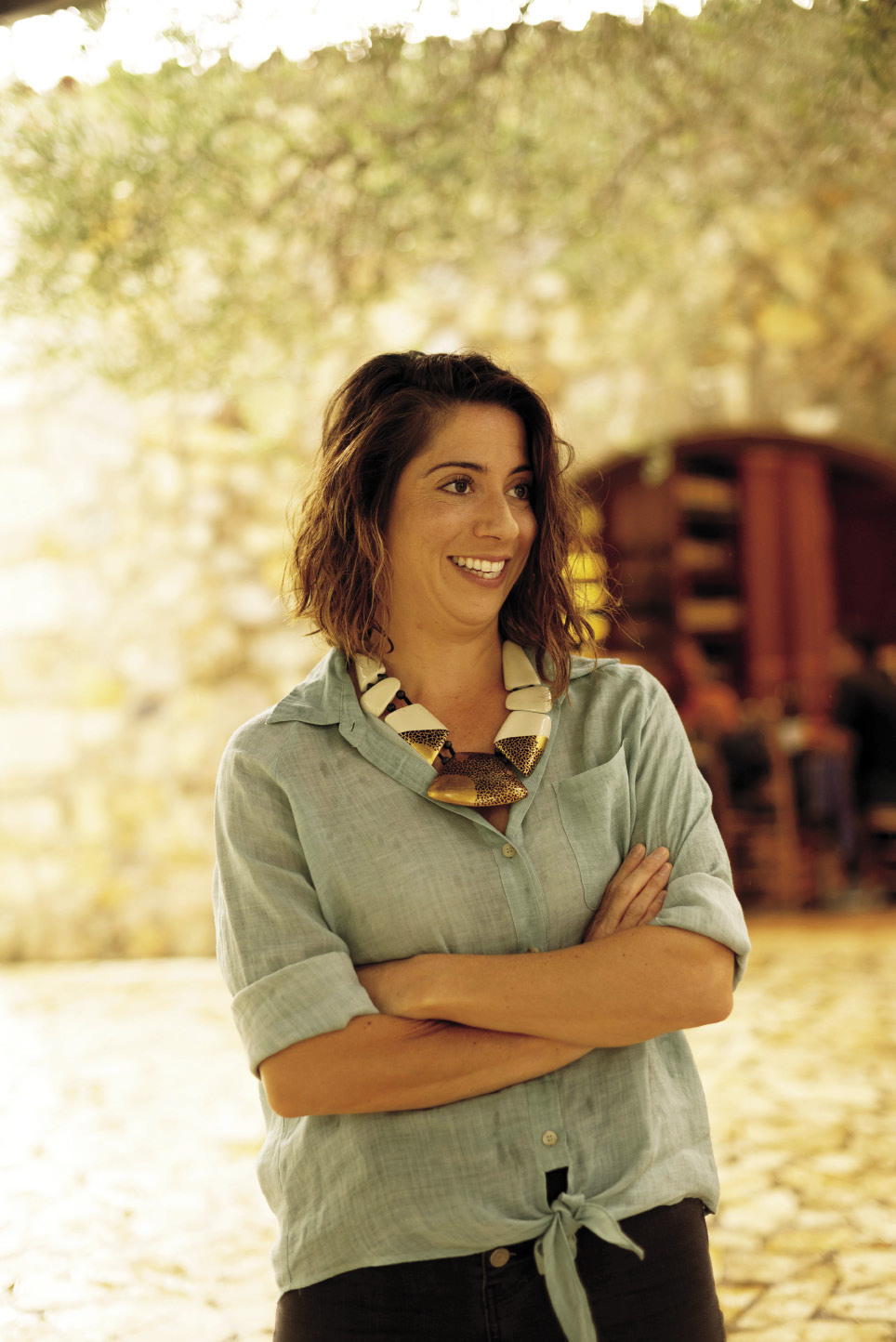 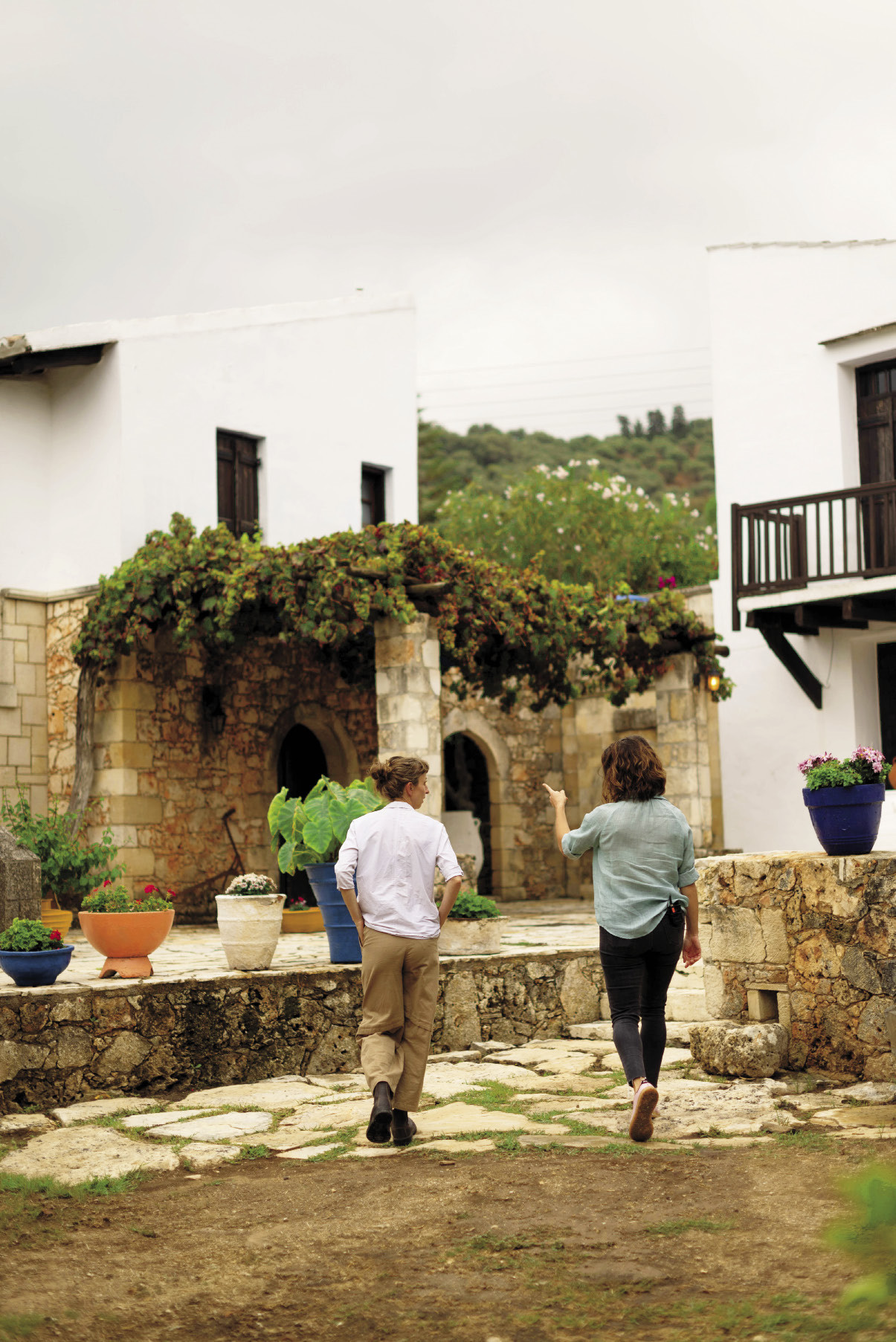