Raul Ortega is a quiet, cheerful fireplug of a man, like a boxer who left the sport with his features still intact, his face topped by short graying hair, rising above a black-striped white Hollister shirt, featuring a sleepy, ready smile. He also is the founder of the food truck Mariscos Jalisco on Olympic Boulevard, east of downtown Los Angeles in Boyle Heights.

Twenty years ago, he opened a truck selling tacos that combine two styles: a taco ahogado (“drowned’), which is smothered in salsa, and his signature shrimp taco, a taco de camarón that, to this day, lives at the pinnacle of the L.A. taco world. He has endured dozens of copycats, including former employees who walked away with his recipe, but he is affable and resilient, and he enjoys a cult following.

Shrimp is payday food for many people, but Ortega figured out how to make the shrimp taco affordable by using less shrimp while optimizing flavor. The crisp-fried tortilla is well sauced with tomato salsa and topped with avocado, while the interior has a firm crustacean chew. The secret filling ingredient, other than shrimp, is still debated. It was the best taco I ate during my Los Angeles taco crawl, guided by Javier Cabral: taco expert, associate producer for the Netflix series “Taco Chronicles” and thoroughly local denizen, having grown up in East Los Angeles.

Starting in the 1920s, Boyle Heights became one of Los Angeles’ most diverse neighborhoods, home to large Jewish and Japanese communities. Today, it is primarily Latino, mostly Mexican and Central American. But the power of Ortega’s shrimp taco draws people from all over the world. Ortega comes from San Juan de Los Lagos, an inland town in Jalisco, Mexico—a region known as tequila country. His menu also includes fiery aguachile, raw shrimp sauced with lime juice and a whole lot of dried red chilies with a whisper of sweet. 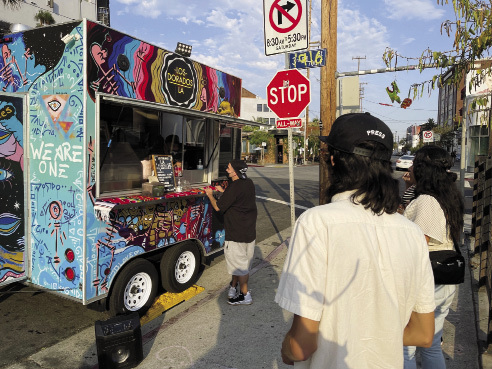 The Mexican food truck is at the epicenter of the city’s convergence of culture. It represents an economic foothold for immigrants who make a living selling the foods of their hometowns, from all over Mexico, from Sonora to Oaxaca. Even hyper-regional dishes find a ready audience in L.A. given the sheer size and diversity of the local population.

The list is strong, with everything from tacos filled with stingray (cured by salting and then rehydrating them), Middle Eastern-­influenced tacos Árabes (meat cooked on a spit with onion and salt served on flatbread with Oaxacan cheese, avocado and chili salsa), flautas (deep-fried cigar-shaped tacos with lamb, chicken, chorizo or potato and topped with salsa roja, guacamole and cotija cheese), and tacos de canasta or basket tacos.

The most unusual item I had turned out to be the chicharrón burrito at Burritos La Palma—the once-crispy chicharrón was served soft and gelatinous, bathed in a fresh salsa and wrapped in a soft flour tortilla.

These entrepreneurs are up against restaurants with higher fixed costs who feel threatened and a city that wants to collect taxes; this leads to shutdowns and confiscations. (The city makes it dangerously easy to report what they consider to be an illegal food cart.) Back when Ortega started, Cabral notes, street vending had not yet been legalized, and the Los Angeles County Department of Public Health might ambush you, dump your cooked meat and even confiscate your truck. Protesters started selling T-shirts that read, “Carne Asada Is Not a Crime.” This has led to the evolution of how tacos are made in Los Angeles. As one taco truck worker said, “I make the tortillas with my hands, not a press—they cannot confiscate my hands.”

These days, the situation is slightly better—street vending was recently legalized.

Food trucks also offer fertile ground for an argument about Mexican-American cuisine. Cabral is a believer in cross-cultural exchange; he is happy to enjoy food from one place that is transformed in another setting. Tex-Mex, which is “gringo bullshit” to many purists, is just another sign of culinary adaptation to Cabral.

His wife, Paola Briseño-González, however, prefers to preserve tradition and recipes from her hometown, Puerto Vallarta, without compromising time-honored ingredients. No matter what your opinion, the taco truck is a unique culinary pathway into the heart of Mexican cooking and the people who make it.

Rolled up and deep-fried, flautas are filled with meat or potato and topped with salsa roja, guacamole and a sprinkling of cotija cheese 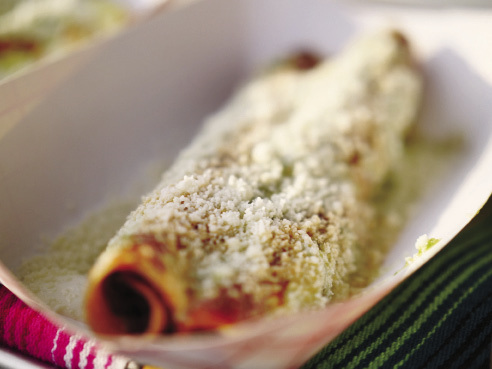 Walter Soto arrived in Los Angeles several years ago from Tijuana and brought with him another northern Mexican specialty, the sobaqueras that he serves at El Ruso. These are huge handmade tortillas—the term comes from the slang for “armpit” since they are shaped by slinging the tortillas back and forth over your forearms. I watched Soto’s partner, Julia Silva, shape them, starting with small balls of dough and ending up with something resembling a small blanket or bedsheet, another slang term for these sizable tortillas. (Cabral claims that Tijuana has better tacos than Mexico City.)

Soto learned his trade making many styles of tacos in Sinaloa and Sonora, and now he does a clean, smoky carne asada. The sobaquera burrito is a work of art, filled with either grilled asada or chili colorado. The latter starts with beef braised in water, shredded and then slathered in a red chili sauce. According to Cabral, older Mexican generations do not love extra spices, and so this chili colorado is simple: dried California chilies and dark red guajillos. The asada often is served with a covering of beans, and there are lots of topping options, but the chili colorado is primal—a soft, overstuffed pouch of tender beef and rich chili sauce, dripping with flavor and bright red juice. Don’t wear office clothes and be sure to grab a stack of napkins. 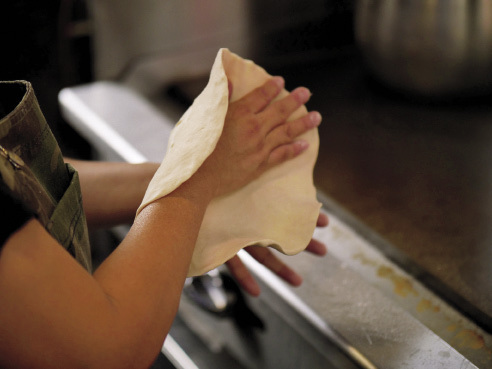 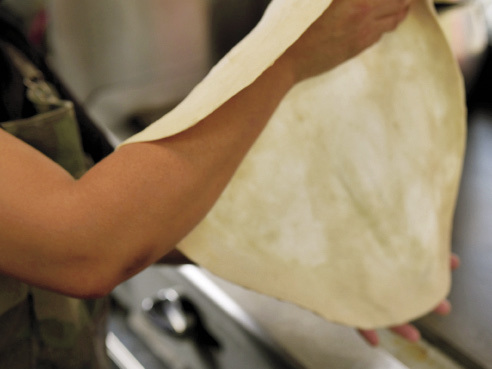 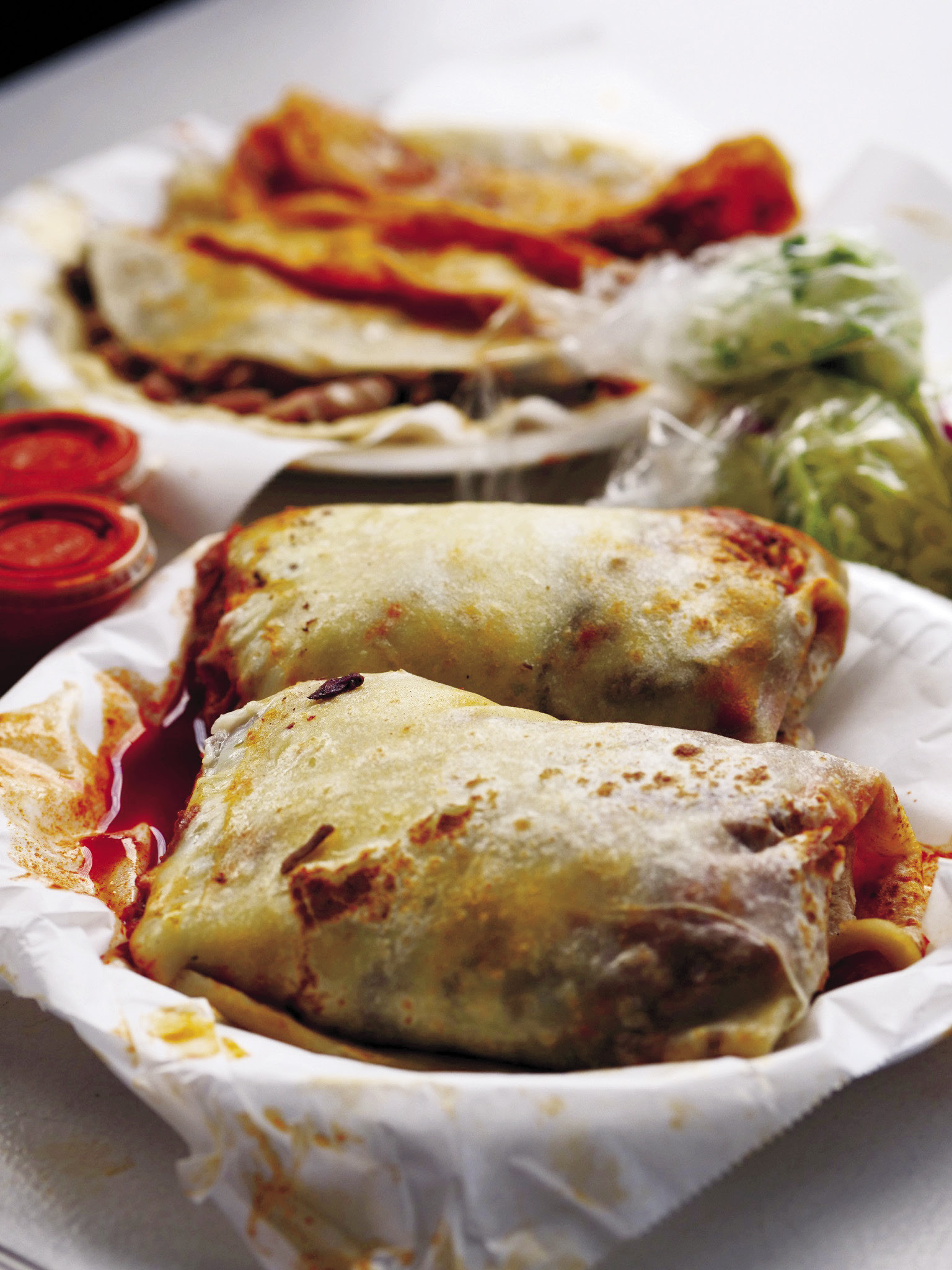 Mexican seafood chef Sergio Peñuelas specializes in the cooking of Sinaloa and Nayarit—regions on the Pacific coast just across from the tip of Baja, south of Sonora. Peñuelas is known for his way with snook, a large tropical fish. (The late food critic Jonathan Gold referred to Peñuelas as the “snook whisperer.”) Stocky and mustachioed with short brush-backed hair, he emanates a deep sense of satisfaction. Having done the rounds of many well-regarded restaurants in Los Angeles (Coni’Seafood, Mariscos Chente, etc.), he decided to strike out on his own, opening a backyard restaurant, a stone’s throw from LAX. These underground eateries, fueled by social media, are another trend that accelerated during the pandemic.

When we showed up at 106 Seafood Underground, there was no hint of lunch other than cars and pickups in the driveway, but you knew you were near LAX: Jets loomed large overhead, clawing for altitude. My first thought was that we were about to be arrested for trespassing, since there was no sign of commercial activity. But after a short walk down the driveway, we arrived in a large leafy backyard with picnic tables and a small wood-paneled maritime-­themed kitchen shack where Peñuelas does the cooking, equipped with a deep fryer, a large range and a well-seasoned grill. His wife, Maria de Los Angeles Peñuelas, pitches in with the prep and works the “front” of the house.

This is not the tlayudas and moles of Oaxacan cuisine, nor the slow cooking of carnitas. It’s bold, briny seafood with exclamations of chili and citrus.

I watch as Peñuelas butterflies a whole fish in seconds using a large chef’s knife, brushing it with sauce before it hits the grill. This is his signature dish: pescado zarandeado, a whole 4- or 5-pound fish, butterflied, smeared with a paste of hot sauce (often Huichol, a famous Mexican hot sauce) with a base of mayonnaise and Worcestershire, then cooked low and slow over tropical wood such as mangrove. The secret is cooler embers and a long cooking time, which produces the signature meaty—almost velvety—texture. Peñuelas also is known for camarones borrachos, a spicy “drunken” shrimp dish that starts off with a bright showing of garlic and chili, then finishes with a complex flambé of tequila. He uses red pepper flakes instead of a local Mexican chili, a sign of the merger of Mexican and North American cuisines.

Peñuelas once told Cabral, “Uno ahí en Sinaloa, no es por presumir, pero es tonto y raro el cabrón que no sepa hacer un aguachile—de verdad,” which translates, “It would be weird and someone would have to be an idiot to be from Sinaloa and not know how to prepare an aguachile, for real.” Maybe it is time that we learned more about the vast and diverse cooking of Mexico “for real.” And one of the best places to find it is on the streets of L.A.

Javier Cabral, editor-in-chief of the website L.A. TACO and associate producer for the Netflix show Taco Chronicles, contributed to this story. 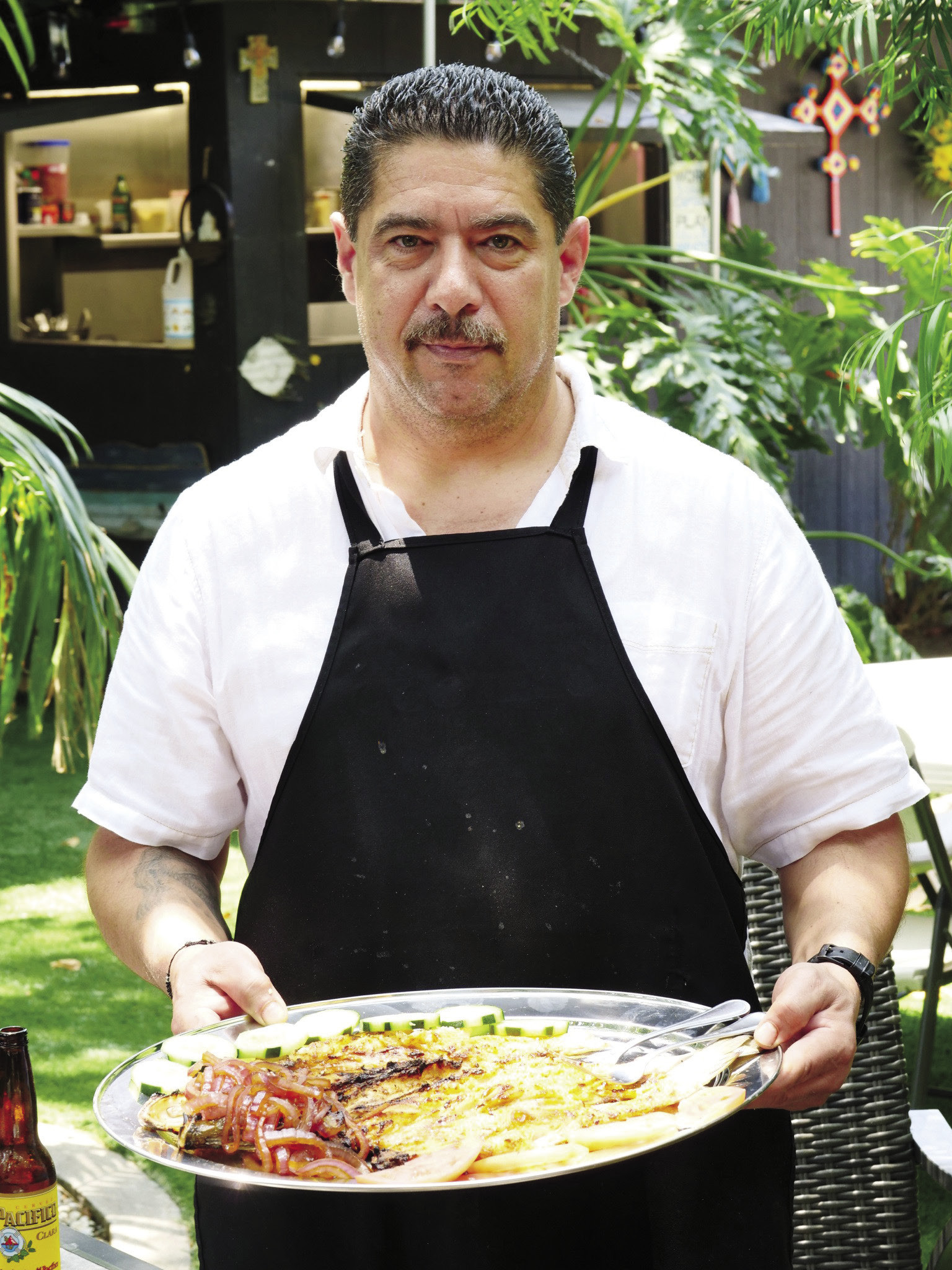 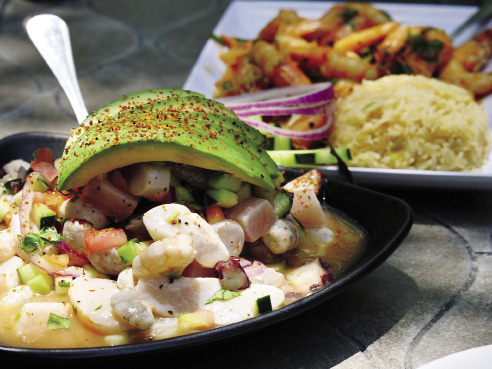 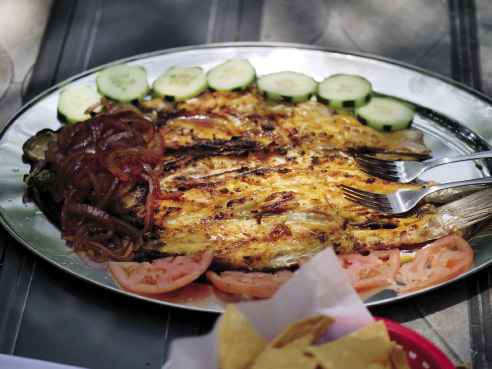