WELCOME TO OUR Q&A FORUM! MILK STREET INSIDERS WILL RECEIVE A RESPONSE FROM A MILK STREET EXPERT WITHIN 2 BUSINESS DAYS. VIEW ALL SUBSCRIPTION OPTIONS HERE. TRY ANY PLAN FOR YOUR FIRST 12 WEEKS FOR JUST $1.

Lately I have purchased Liquid measuring Cups WITH incident!! The gold standard (and most common) has always been Pyrex ( my mother has a Pyrex measuring cup that was her mother’s, as does my paternal grandmother; these things are well over 40 years old! They are perfectly legible, perform well and have for decades).

I recently moved into a new place and figured that I would do a “measuring cup refresh” so I purchased both a 4 cup Pyrex measuring glass and a beaker style 4 cup measuring vessel (non- Pyrex) I fancied the look of!

I did not expect the Beaker style glass to be superior to the Pyrexx one, and it was not, the markings began to fade after the first wash, by the third they were completely GONE!

Similarly and surprisingly, the 4 cup Pyrex that I purchased I nearly immediately returned because the numbers and indicator lines completely wore off AFTER THE FIRST WASH! So the store exchanged it for another, and those numbers/ lines completely disappeared! So I again took it back and went to a different store thinking maybe that the previous store was delivered a defective batch….Nope!

Exactly the same results! Now, I sometimes put these in the dishwasher and it’s tempered glass and dishwasher safe. My grandmother’s and my mother’s have been in and out of the dishwasher countless times!!!

This sure seems like a good example of the old but possibly sage diatribe: “they don’t make ‘em like they used to!”

Another thing is this, my mom told me (I’m 32) that back in the late 70s and 80s there was a big push to use weight for cooking measurements rather than measuring cups i.e. 300 g of flour, etc.

I find it a pain when weight is given/ used in recipes because most at-home cooks (I know and talk to at least) - - do not have one readily accessible or find it more difficult. I understand ‘they’ (whoever ‘they’ is maybe the editors of this magazine, or Chris Kimball hahaha) say it’s more accurate etc. but people have cooked/ baked without a digital scale For decades with perfectly fine results. 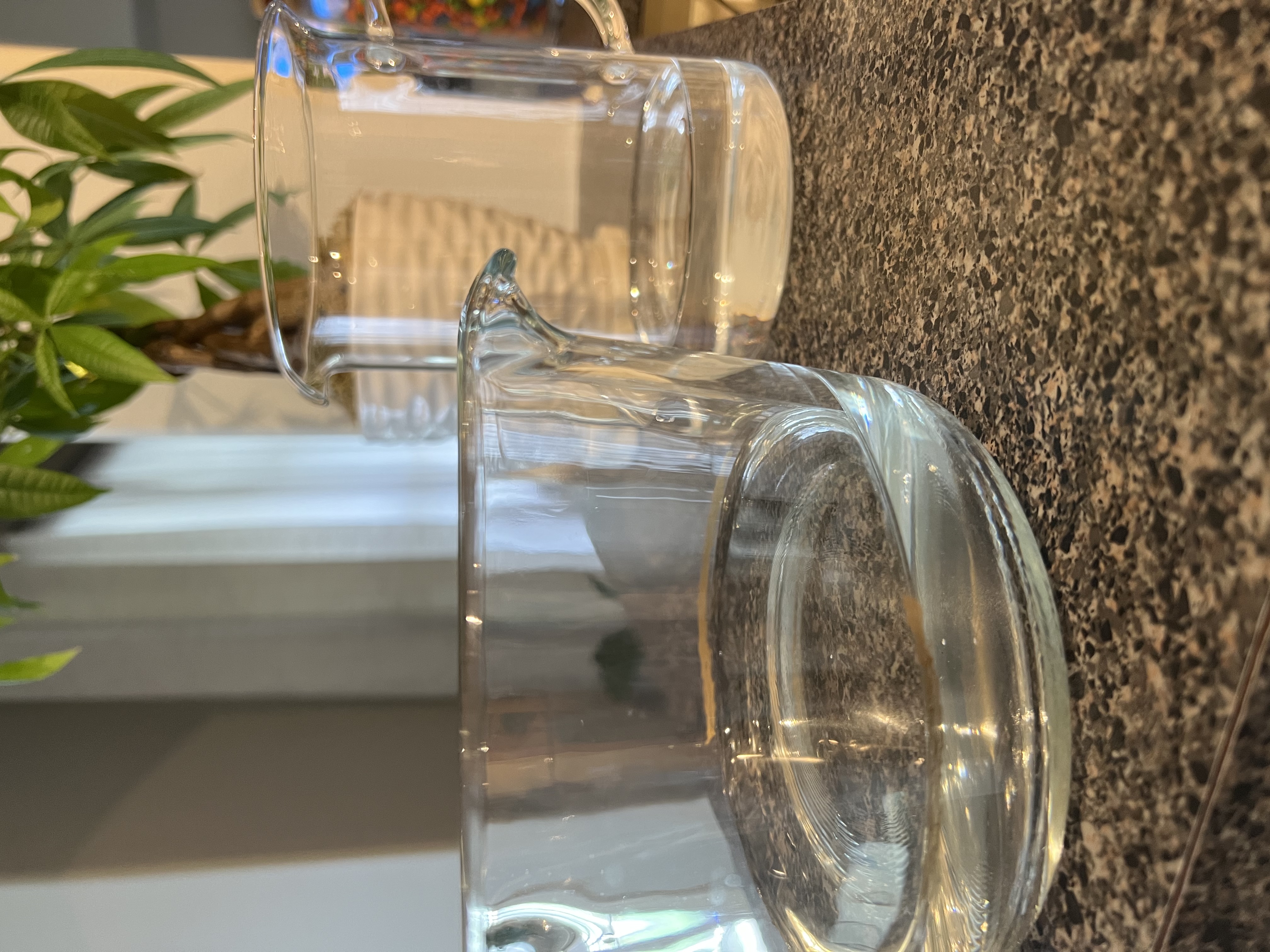 Sign In or Join to comment or create discussion. Comment as Guest.
Thank you for your comment! Your participation in the Q&A forum will assign you a specific number displayed alongside your name and email address. This number is only valid in the Q&A forum and is not related to a Milk Street digital subscription. If you'd like to sign up for $1 for 12 weeks, please do so here.