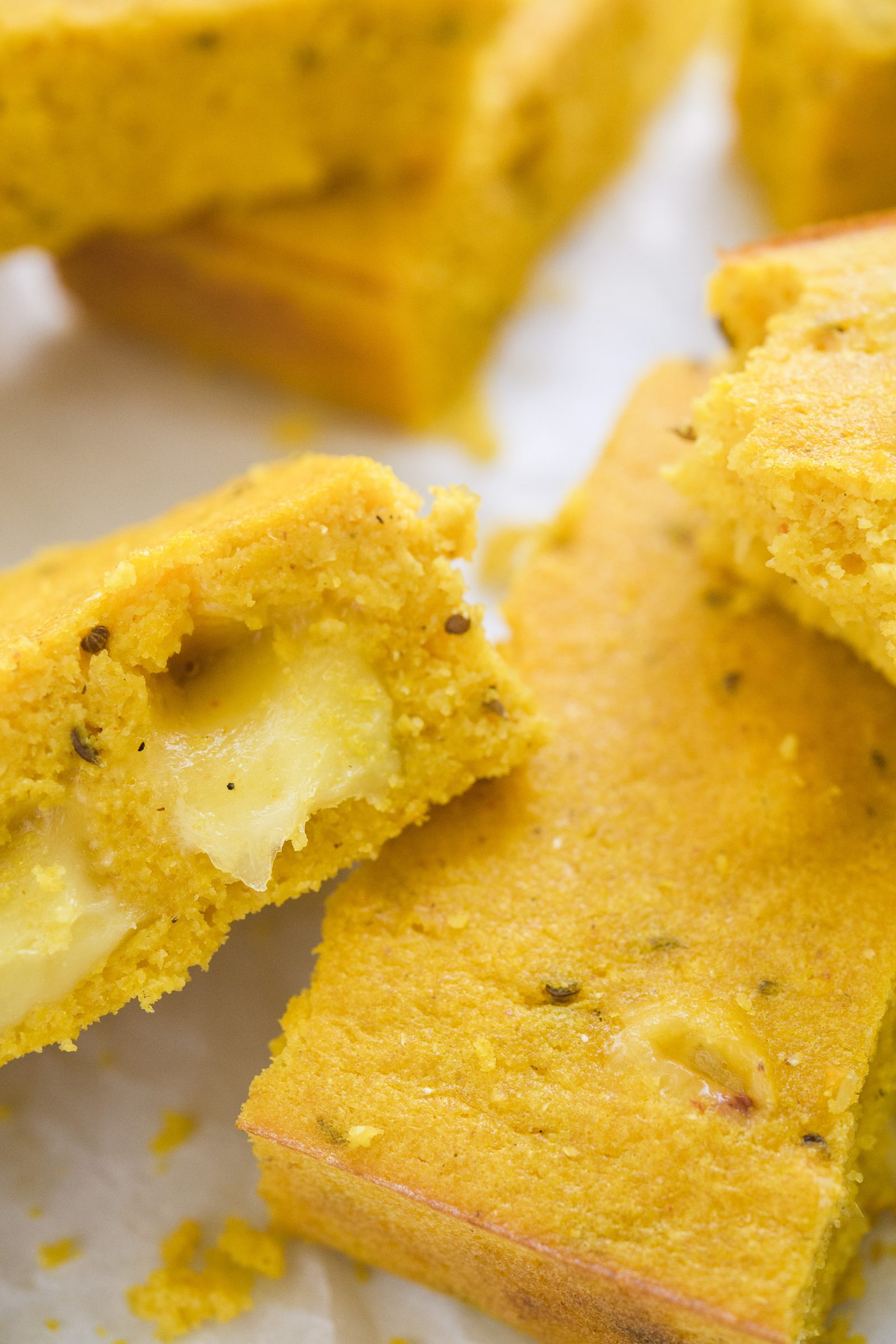 Bolivian humintas al horno has a moist, dense crumb and a savory-sweet flavor. It's not unlike a large, spiced tamale (anise and cinnamon are common) enriched with cheese. Though traditional recipes might wrap the corn mixture in husks before baking, we opted for a standard 13-by-9-inch baking dish. Corn kernels cut from fresh ears work best here. To minimize the mess when cutting, stand the ear in the center of a large bowl. With a long knife, slice downward along the length of the ear, letting the kernels fall into the bowl. If fresh corn isn't in season, thawed frozen kernels are a fine substitute; drain in a colander before using. Refrigerate leftover cornbread for up two days. To rewarm, wrap in foil and heat in a 300°F oven for 10 to 15 minutes, or melt a little butter in a nonstick skillet, add slices and heat for 1 to 2 minutes per side.

Don’t use coarse cornmeal; its texture is too gritty. And don't overbake this cornbread or it will be crumbly and dry.

Oh, do I love this. I grew up in Wisconsin, so cheese is a plus. I did not have the star anise the first time I made it , and behold, my husband had Chinese 5 spice in the cupboard. I never tried it before, and now I use it often and ordered the star anise from the spice store in the neighborhood. So good. Who knew that I could make the cornmeal from popcorn in my blender. So fun to use your recipes. I am getting to be quite the confident cook. Thank you!

Might very well be our favorite cornbread ever. It certainly is my wife's!