In São Paulo, Brazil, where reportedly half the population of more than 12 million is of Italian descent, pizza reigns supreme. An estimated 1 million pies are served up each day at the 6,000 or so pizzerias across the South American metropolis. But whereas Neapolitan pizza is defined by restraint and exacting standards, we learned firsthand that Brazilian pizza is made with an anything-goes attitude, resulting in some uniquely delicious pies. The crust of the typical São Paulo pizza is thicker than that of Neapolitan pizza so it provides good support for generous toppings, whatever they may be. And though crisp on the bottom, it tends to be rather soft and tender. The sauce is almost always made from fresh tomatoes, uncooked and seasoned sparingly. To re-create São Paulo-style pizza crust, we found that unbleached all-purpose flour yielded the best results (in particular, Gold Medal brand, which has a protein content of about 10.5 percent). And to develop flavor as well as achieve the texture we sought, we allow the dough to rise at room temperature for a couple hours, then refrigerate it for 24 to 72 hours. It is all easy to do, but keep in mind that it does require some planning. This pizza was inspired by the “Napoli in Beirut” pie we tasted at Veridiana Pizzaria in São Paulo. Be sure to dress only half the arugula at a time and only just before adding it to the baked pie, otherwise the greens will wilt. 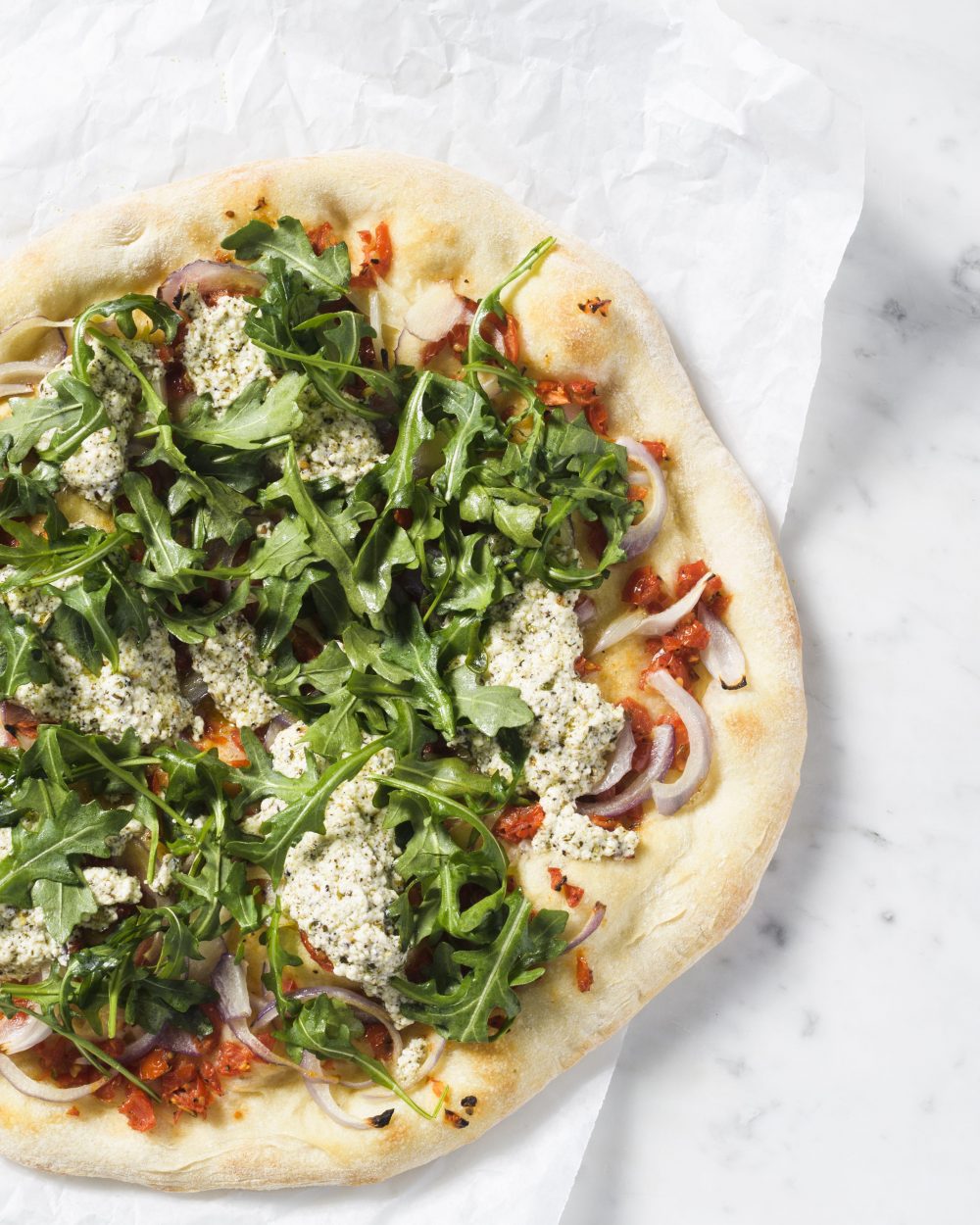 This ticks all the boxes for a nontraditional pizza. The combination of red onions, chopped grape tomatoes, sumac and Zaatar laced ricotta, and peppery arugula knocked our socks off - it is delicious. Don't cut a single corner - make your own crust (try 1/2 King Arthur durum flour), mix up your own Za'atar, and grab a cold hoppy IPA. Give the arugula a minute or two to settle down. It doesn't get any better than that!