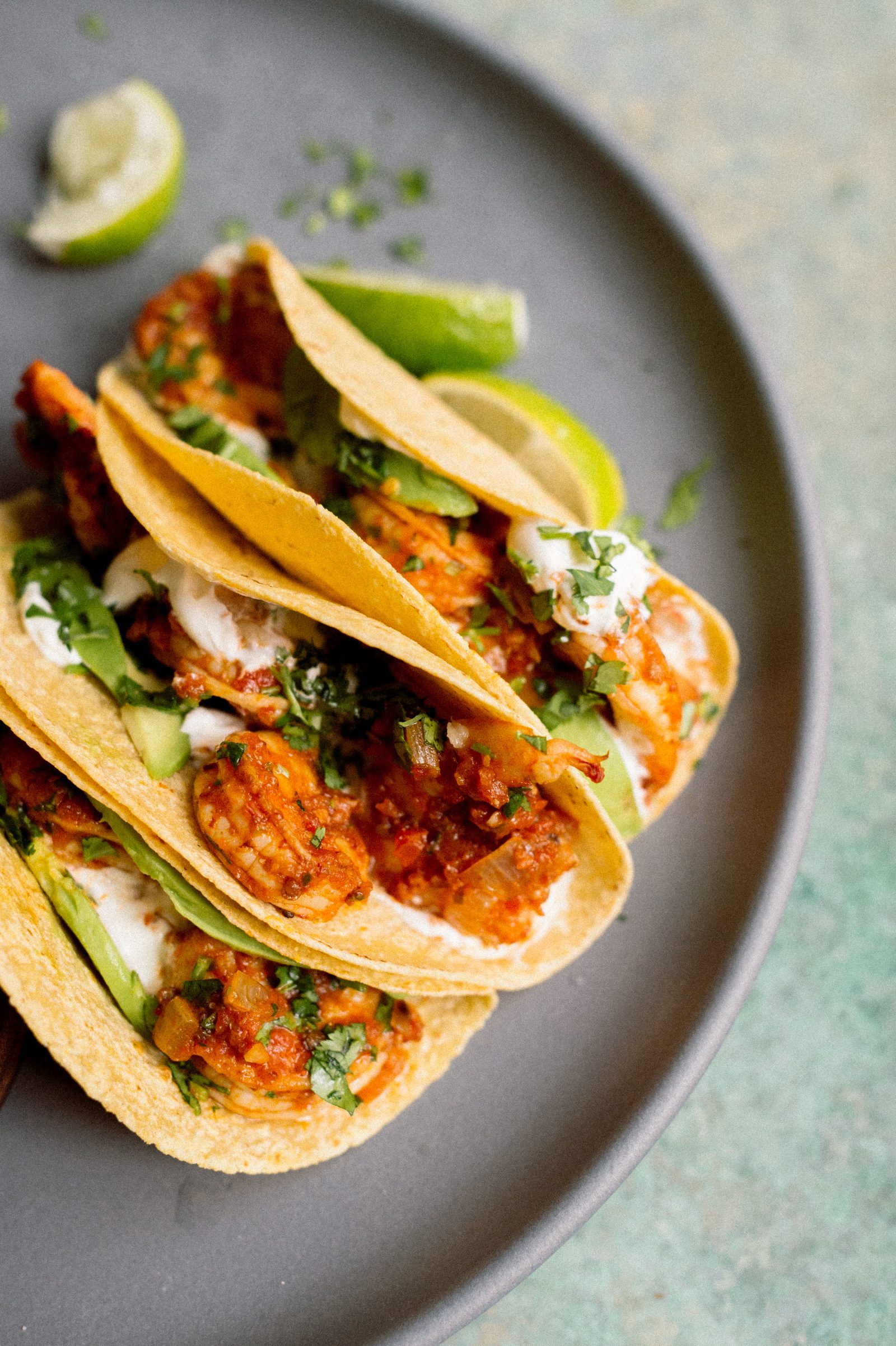 The key to Diana Kennedy’s shrimp in chipotle sauce is the flavorful sauce made from chipotle peppers and the adobo in which they are packed. They give the dish a pleasant, lingering heat and a deep smoky flavor. Kennedy makes her own, but canned chipotles in adobo work equally well. Kennedy’s original recipe called for broiled tomatoes, but when she made the dish for us, she used fresh tomatoes. We liked the simplicity of fresh tomatoes, as well as their contrast in texture and flavor to the chipotles. And while Kennedy marinates her shrimp in lime juice, we preferred to briefly sear them, then let them finish cooking off the burner in the residual heat of the sauce. It’s an effortless way to ensure perfectly cooked shrimp.

The shrimp made wonderful tacos. To warm tortillas, wrap a stack in foil and place it in a 200ºF oven.

Don’t worry if your chipotles vary in size. Despite appearances, most weigh about half an ounce.

Reviews
Kat T.
Good but very spicy weeknight meal
This was great, did only use half the adobe and that was even a bit spicy. It was quite easy to put together and was good with fire roasted corn tortillas.

Great recipe! Comes together fast and packs some great flavor.

These are out of this world! Amazing flavor. So, so good. We made a batch of Mark Bittman’s “almost-from-scratch corn tortillas,” which served as an excellent complement. Absolutely stellar recipe!