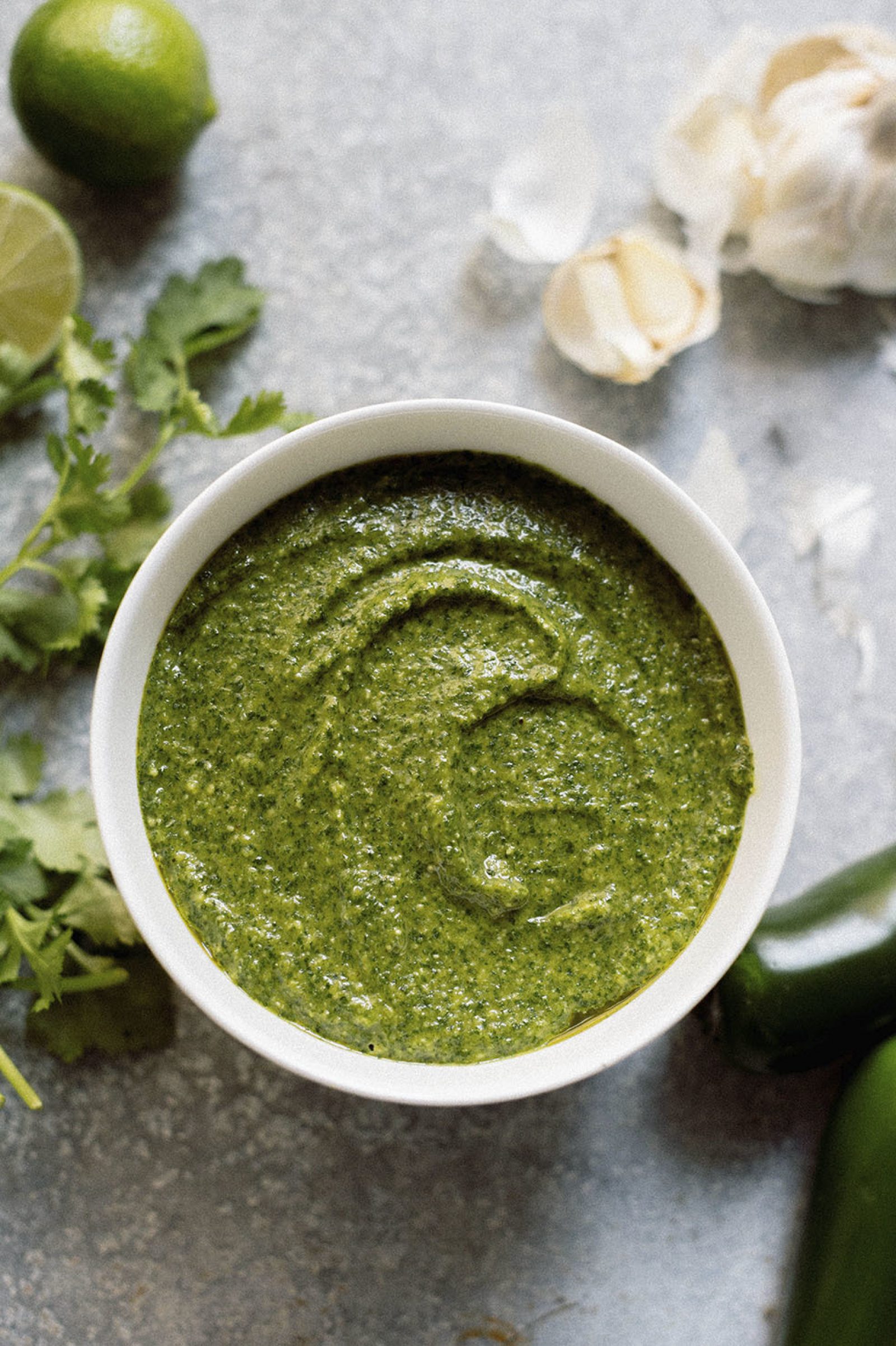 Spanish for marinade, adobo can be many things, but it began as a blend of olive oil, vinegar and spices that was slathered over meat and other foods to keep them from spoiling. We wanted a sauce that could go with just about anything and were inspired by a Mexican-style adobo from Rick Bayless, who blends together garlic, serrano chilies, cilantro, parsley and oil. We wanted to cut back on the oil and heat, so we chose jalapeño peppers over serrano chilies; the latter can vary widely in heat level from dud to scud. We dropped the parsley and went all in on cilantro; its fresh, clean flavor was even bolder when it didn't need to compete with another herb. Our sauce packs moderate heat; if you prefer a milder version, replace two of the jalapeños with one large Anaheim or poblano chili. Since it's blended with oil and the garlic is thoroughly cooked, the herb sauce can be refrigerated for up to three weeks.

Don’t forget to wash your herbs. Cilantro can be quite sandy. A salad spinner is the easiest way to wash and dry it.

This was delicious, and surprisingly not that spicy. I left out the garlic.

Thank you for this delicious recipe. Quickie question - I have a tonne of Italian and Curly Parsley and wondered if I could substitute this for the cilantro to change-up the recipe a bit and use my excess herbs? Thank you for your response in advance. I looked on Milk Street site for a chimichurri or other parsley sauce, but couldn't find one. Thanks again. Marilyn

Oops. Marilyn again. I just saw the Spicy Herb Oil recipe, so I will also make that one. Thank you!