A textured beef broth with a flavor bomb of spices

We first made this recipe with two cinnamon sticks, but its flavor didn't come through, so we tripled it and added anise seeds, as well. The broth was still balanced but much brighter. Instead of developing flavor by browning the beef, we got rich umami flavor from soy sauce. You can prepare the broth and meat up to three days ahead; refrigerate both until needed, then discard the solid fat from the surface of the broth and proceed.

Don't substitute star anise for the anise seed. Though they share a chemical compound, the flavors are different. If you can't find anise seed, the broth is still delicious without it. 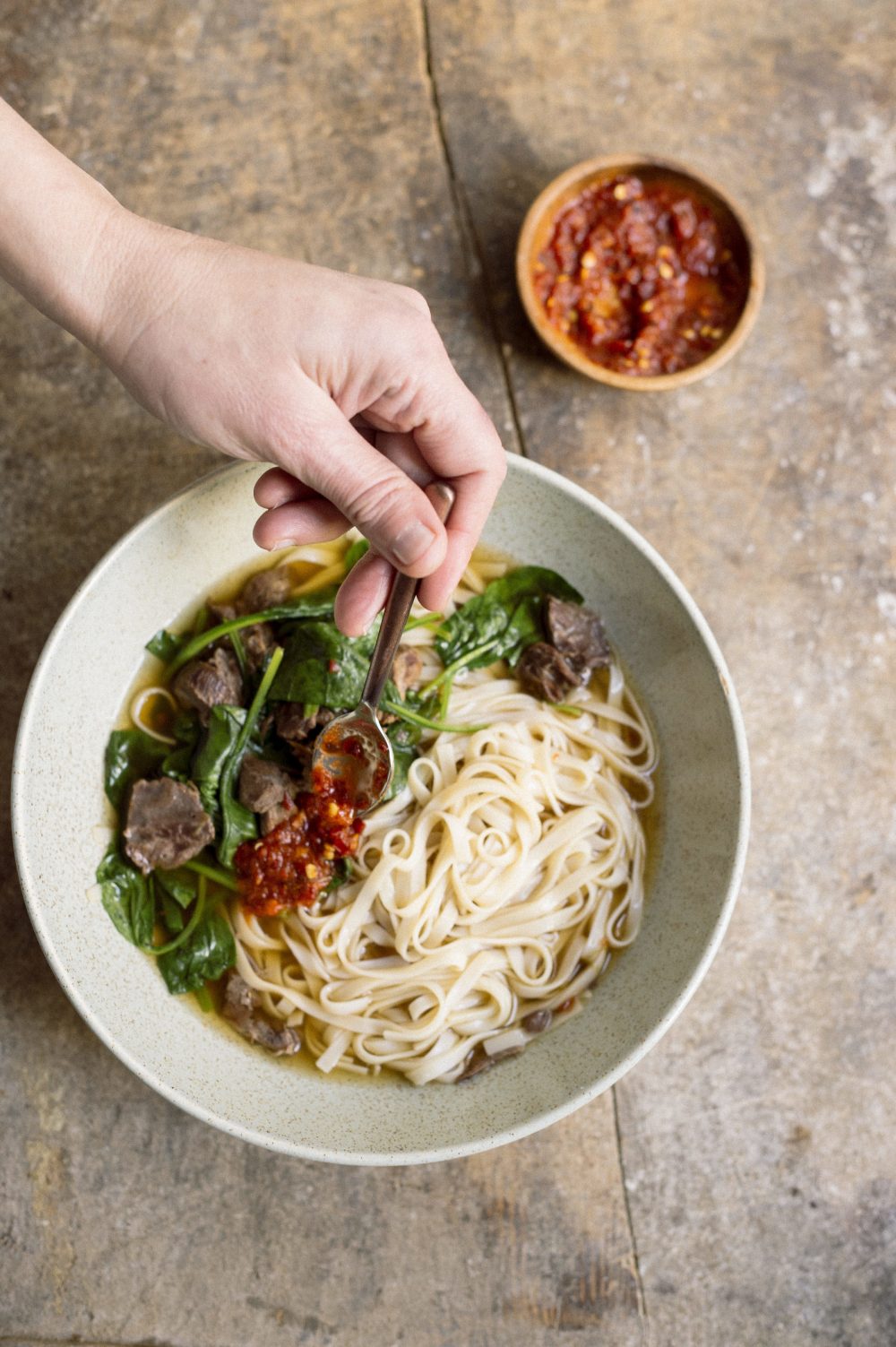 this was super delicious and easy to make. I love the subtle anise combined with cinnamon. It tasted so warming and satisfying. I couldn't find beef shank so I just used beef tips and it was wonderful