On the island of Crete, we learned there are countless versions of the local salad called dakos, which is similar to a basic Greek salad combined with an Italian panzanella. A key component of dakos are barley rusks, which have a decidedly whole-grain flavor. Their dry, crunchy texture absorbs the dressing and the vegetables’ juices without turning mushy. Our favorite dakos was the one served at Ntounias restaurant in Drakona that combined more than a dozen ingredients—including roasted vegetables, leafy greens, two types of alliums, plus tomatoes, cucumbers and bold accents like olives and sun-dried tomatoes. This is our much-simplified adaptation of that salad. Marianna Leivaditaki, London-based chef and native of Crete, suggested that we use whole-grain sourdough bread, cut into chunks and toasted, for the barley rusks and pomegranate molasses for the grape molasses that was drizzled onto the dakos at Ntounias. Another essential ingredient is cheese. The fresh, milky sheep’s- or goat’s-milk cheese called mizithra is traditional but very difficult to find in the U.S., so instead we use feta.

Don’t skip the step of allowing the bread, tomato, cucumber and onion to stand for about 10 minutes after tossing with some of the dressing. This brief marination slightly softens the bread and gives the ingredients a chance to mix and meld. 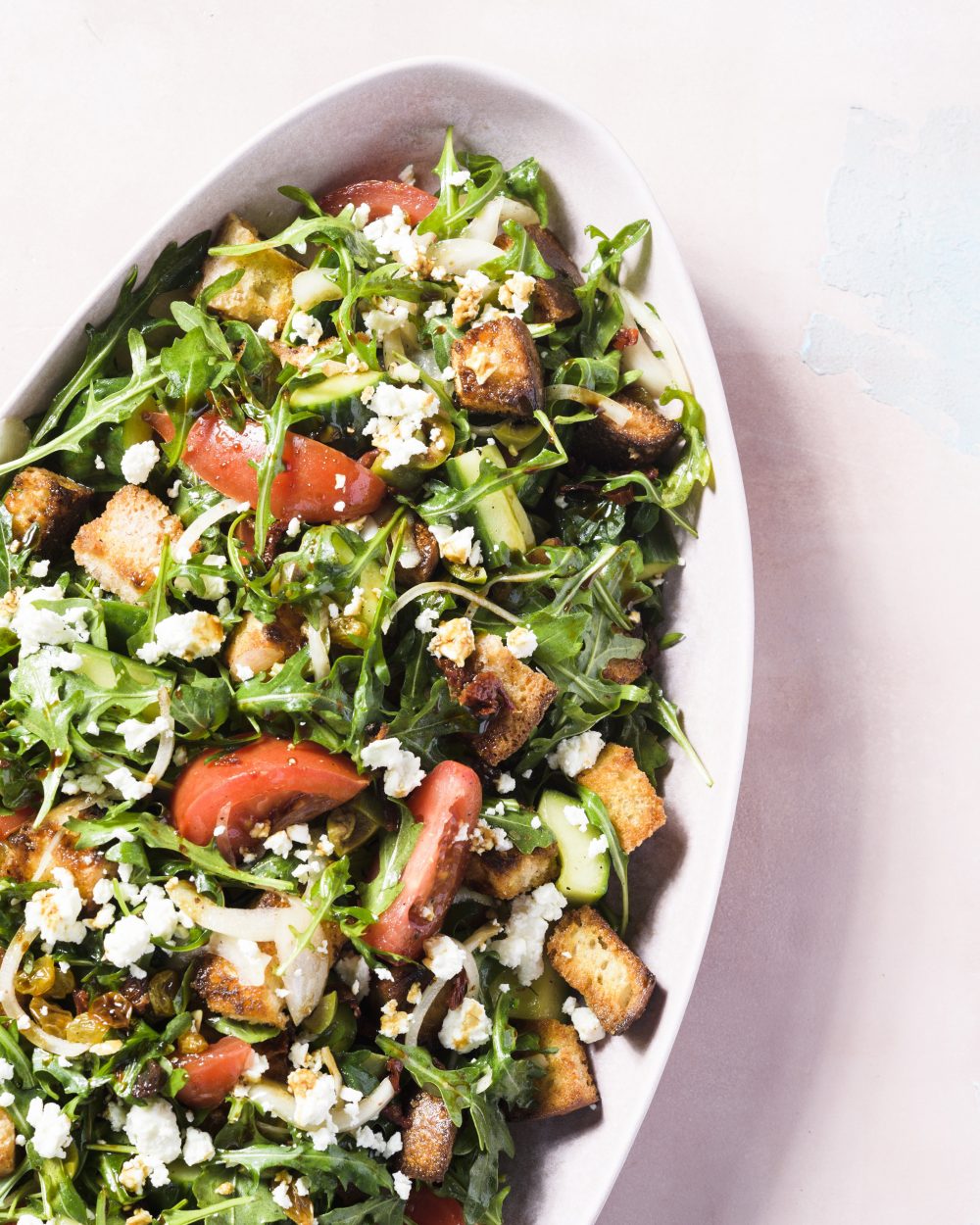 Reviews
Diana L.
So good
I made this a few times it is so good. Thanks for the recipe.
Amy T.
Interesting and tasty
I was skeptical about the ingredients&#x27; flavours going well together, but I was pleasantly surprised. I&#x27;ve made this three times now and am hooked!
The reviews for this recipe are for subscribers only.
Please Log in or join today for $1.