Fast or slow, a bold beef stew for the Instant Pot

This beef stew from South Africa, called trinchado, likely originates with the Portuguese in neighboring Mozambique and Angola. Worcestershire sauce—though neither South African nor Portuguese—is a common ingredient for the dish. It adds its characteristic savory-sweetness, while brandy brings a touch of fruitiness, fresh chilies spice things up and olives offer brininess. The result is a hearty stew with layers of bold flavor. Serve with warm crusty bread, or do as they do in South Africa and offer french fries alongside.

Don't discard the beef marinade. Add it to the pot along with the beef—it's essential for seasoning the stew. 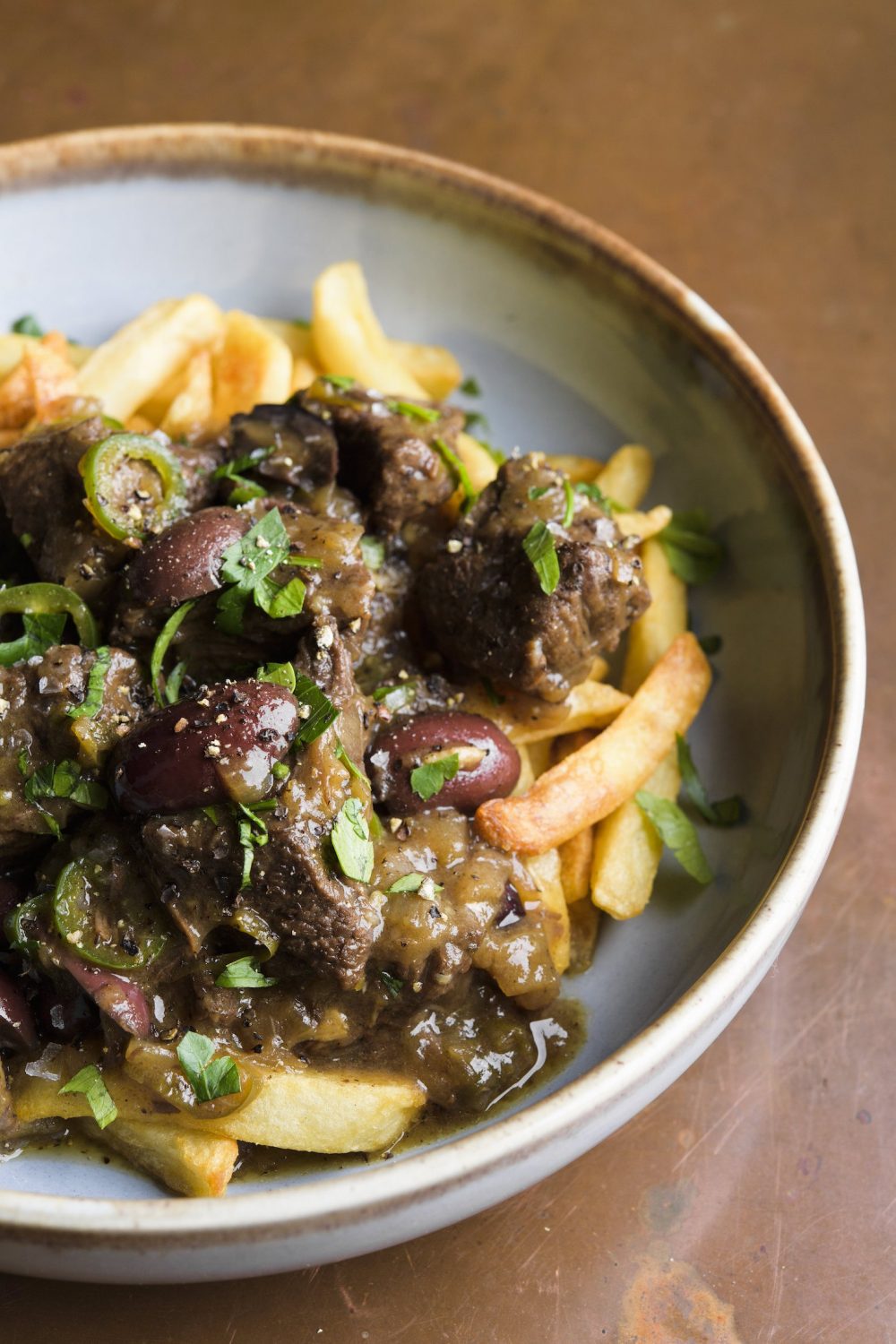 Is there a recipe for normal cooking. I don't use trendy gadgets. Is there a Dutch oven recipe?

There is no recipe for a regular cooking method, but our Recipe Developer, Julia Rackow suggests cooking the stew low & slow in a dutch oven at 325. Depending on the chunk size of the beef cook for 3 hours.

Any good substitute for brandy? Doesn’t need to be non alcoholic but I’d rather not buy a whole bottle to make the recipe.

You can use equal amounts of rum or bourbon but it will slightly alter the final taste of the dish.

delicious! I share Clifford's disdain for trendy gadgets, but I think a slow cooker/crock pot is ok? anyway, made mine in a slow cooker. sauteed onions, etc. on the stove then threw it all in a slow cooker for 7.5 hours. also served it with fFrench fries, finger lickin'!

I don’t have a instant pot either and made it twice with a slower cooker. Both time turned out very very good.

I made this twice and enjoyed both time. This is such a delicious meal and it is good for a party!!! You gotta try it.

I used a crock pot also. And had no brandy, so used cognac!!! No whole olives so used a premade tapenade. Anyway, it was so delicious, the adults and teens were murmuring with delight over each bite.

Wow. Made it with covid substitututions. Venison, bourbon and a large fat jalapeno. Loved it. Over brown and wild rice with peas. Have been lucky enough to spend 5 weeks in SA and this tastes authentic.

This was absolutely delicious and one of the best stews I've ever made. I opted for the fast route in my instant pot and it tasted as though the beef had braised for hours. Next time I plan to add some vegetables to make it a more complete meal, if less true to the original cuisine.