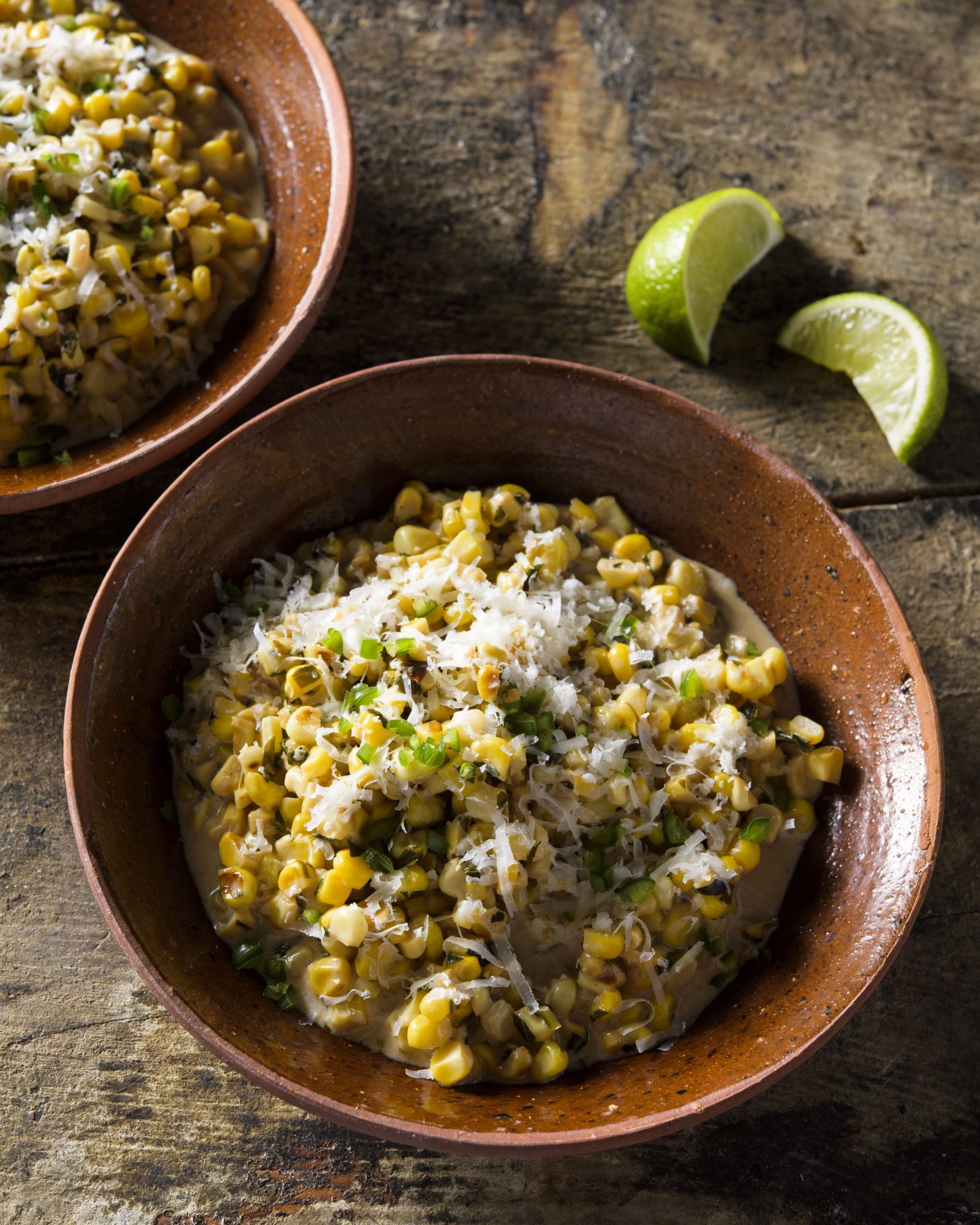 To make esquites, a popular type of Mexican street food, corn is typically roasted or grilled, then the kernels are simmered with an herb called epazote before being finished with crema (Mexican sour cream), mayonnaise, lime, chili and cotija cheese. The slightly brothy mix is served in cups and eaten with a spoon. Our version of esquites is based on the recipe Jorge Fritz and Beto Estúa taught us at Casa Jacaranda cooking school in Mexico City. Epazote has a unique flavor and aroma that are difficult to mimic. The herb is not widely available in U.S. supermarkets; Fritz and Estúa suggested a combination of fresh parsley and basil, so that’s what we call for in our recipe. Plump, tender kernels cut from ears of fresh corn are the first choice for making esquites, but in non-summer months, an equal amount of frozen corn kernels that have been thawed and patted dry will work; they’ll just take a little longer to brown.

Don’t stir the corn for the first minute it’s in the skillet. Undisturbed cooking allows the kernels to begin to develop flavorful browning and caramelization.

Reviews
Susan E.
So good!
Love this recipe! It’s so easy to make. I’ve made it a couple of times and always use fresh corn. I’ll use frozen sweet this winter and see how it turns out. It’s a big favorite in our house. There’s never any left over!
John M.
Excellent Way To Prepare Summer Corn
An easy recipe that tasted wonderful! I&#x27;d love to find some epazote to use for the next time I prepare this recipe. Paired with the Mochitlán-style beef stew in the same issue of the magazine. I&#x27;ll be making this pair many more times in the future. Thanks, Rose &amp; Milk Street team!
Oliver O.
Wow
What a wonderful way to prepare corn. Instant addict.
Diana L.
Great recipe
I have doubled the recipe but not the sauce. I only cooked it for 6 min and it hardly reduced but it actually helped to cook the meatballs. Also, I have warmed up the rest of the sauce and poured it over the meatballs. I think it needs extra sauce. We eat it with rice.
Jamie A.
loved
this was the perfect recipe
Become A Subscriber To Rate and Review All Our Recipes.
Please Log in or join today for $1.