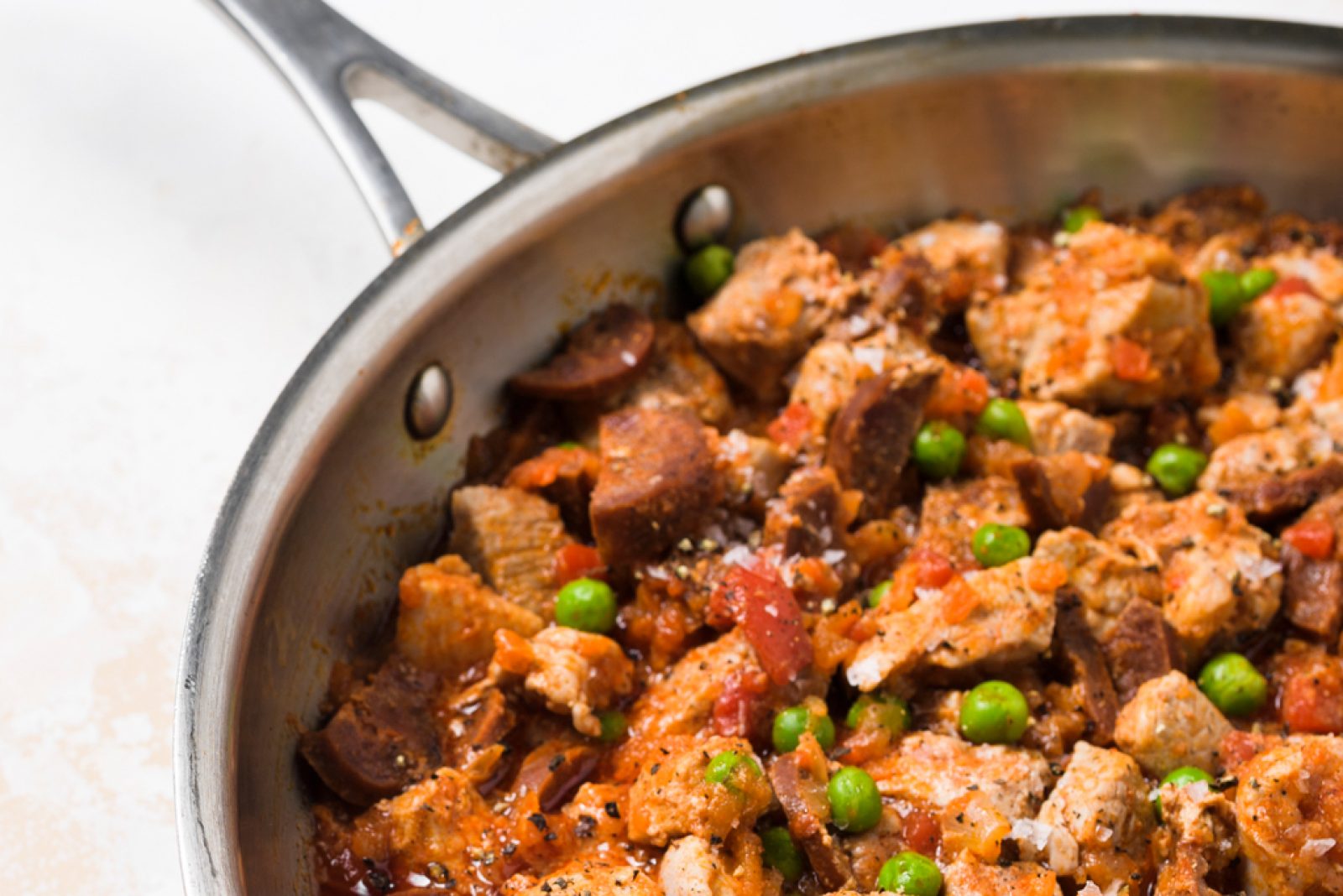 Pork and Chorizo with Roasted Peppers

This is a simplified skillet version of the Spanish tapa called carcamusa. Traditionally, the dish is slow-simmered to tenderize the pork, but we chose to use tenderloin to speed the cooking. Spanish chorizo is a key ingredient here—it suffuses the dish with a smoky, meaty, garlicky flavor while offering a chewy counterpoint to the velvety tenderloin. Serve crusty bread alongside for dipping into the sauce.