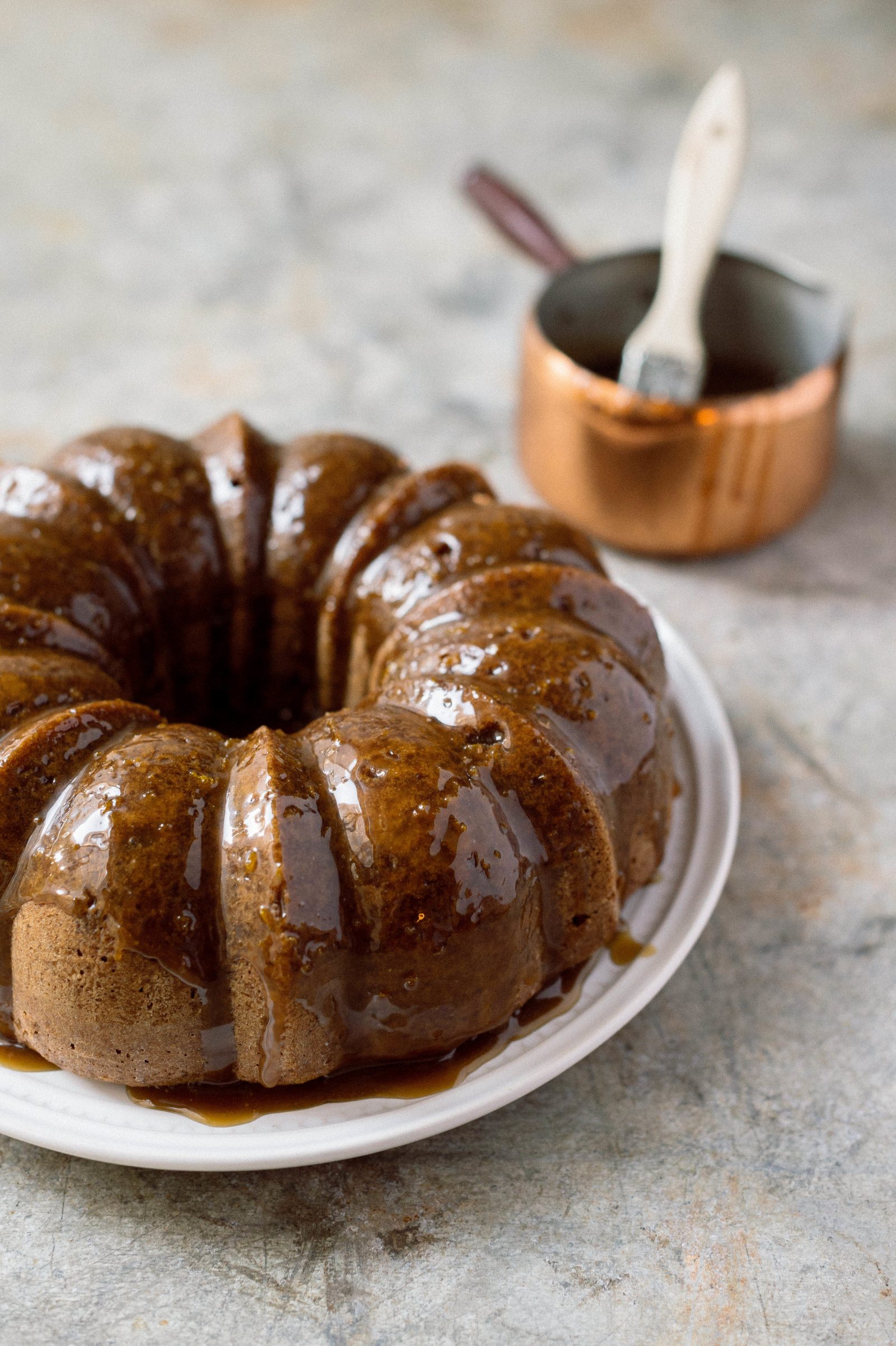 To update Britain’s sticky toffee pudding—a steamed, too-often bland dessert hidden under a gluey, cloying syrup—we employed a bit of reverse-engineering, starting with the sauce. Instead of the traditional cream, we gave the toffee glaze a taste from home by spiking it with rye whiskey. The whiskey’s spice and heat cut through the sweetness of the dark brown sugar and corn syrup; orange zest added brightness. For the cake itself, we wanted to mirror the flavor of the rye, so we used a blend of rye and all-purpose flours. Dates that are steeped in coffee, then pureed, gave body. Together, the nutty rye and bitter coffee balanced the cake’s sweetness. To improve the dessert’s presentation, we made it in a Bundt pan. Covering the pan with foil kept the cake rich and moist, similar to a traditional steamed pudding.

Don’t chop the dates. Their texture was unpleasant in the finished dish. The food processor is the best bet. And be sure to check your dates for pits.

Dates are my go-to fruit when I crave something sweet but want to steer myself away from eating pastry or cake. A little goes a long way! But sometimes I just can't resist, and I saw this recipe a few weeks before I was to make dinner for friends. It was a big hit. It is dense and rich, but not too sweet. I served it with whipped cream to lighten the richness. People loved it, especially the toffee sauce. In fact, the next time I make it I think I'll double the sauce recipe to save some for topping ice cream.

Great recipe, the flavor of the cake and the sauce are both incredible. Do you think this could be made in individual ramekins?

I improvised a bit, using dried cranberries in place of dates, and substituting brown sugar with water for corn syrup. The result was delicious.

Could you exclusively use all purpose flour and omit the rye flour? It's just hard to find rye flour in my location.

Rye flour absorbs about 4 times more moisture than wheat flour, so the liquid ingredients would likely have to be adjusted to account for the difference in using all all-purpose flour. We haven't done this testing so we, unfortunately, can't provide those adjustments.