A true kitchen workhorse, cast iron is arguably our favorite cookware because it retains heat beautifully and is virtually indestructible. Nothing sears a steak better than a cast-iron skillet or simmers low and slow enough to coax the best out of beans like a heavy-weight, cast-iron Dutch oven. The only catch is they require some maintenance. But by seasoning it well before first use and keeping it that way, it will build a durable nonstick patina and last for generations.

So how do you maintain a cast-iron pan? What do they mean by “seasoning?” How do you clean your cast-iron after using it? Can you soak it overnight? And how do you store it once you’re done? We’ve got the answers to all of your cast-iron questions.

And for more, sign up for our livestream class on March 17, All About Cast Iron, to get all your cast iron (and carbon steel) questions answered, from choosing to cleaning to seasoning.

What is Seasoning and Why Do It At All?

Seasoning is the simple act of heating oil in a cast-iron pan so it bakes into the porous surface, which adds a protective layer of carbonized oil that bonds with the iron molecules (it’s called polymerization). Each time you do it, it builds on the initial layer. Besides preventing rust and damage, a well-seasoned skillet will become virtually nonstick and stay durable for a decades. It’s a good idea to quickly re-season it before and after each time you use it, but especially after scrubbing the pan.

How Do I Season Cast Iron?

Seasoning requires a high smoke-point oil—use an affordable, neutral one like vegetable, rice bran oil or a specifically designed seasoning compound like cast iron wax (Christopher Kimball, a cast-iron aficionado, prefers grapeseed oil). Add about a tablespoon of oil to a cold pan, and using a wad of paper towels, rub it into the metal. Use only enough to coat the surface—too much leads to a sticky texture. Now heat it over medium and continue to burnish the oil into the pan as it heats. This is essential, as you want the oil to get into the pores of the metal, not pool on top. When the oil starts to smoke, take it off the heat, then rub the interior surface hard with paper towels again. Let the pan cool, and as it cools, you might want to rub with paper towels once or twice more if you see any oil on the surface. For a new pan, we recommend repeating this method at least three times before cooking in it.

How Do I Clean My Cast-Iron Pan?

Cast-iron cookware is best washed without soap or caustic chemicals, which can remove the patina you’ve worked so hard to achieve. A little elbow grease and a scouring pad are usually enough to remove everything but the most stuck-on bits. A little soap won’t destroy the patina, but go light (much of the myth surrounding soap and cast iron comes from when soaps used to include very caustic lye, which is quite harsh).

Do not allow cast iron to soak too long, which can cause rusting.

For really stubborn bits or stains, make a slurry of equal parts oil and salt and scrub away with a scouring pad or paper towels. The oil seasons the pan as the abrasive salt scrubs, protecting the patina. Anything tougher and you can use this chainmail dishcloth scrubber or a grill brush.

Either wipe it dry with a towel, or set it over a low burner until the moisture evaporates. 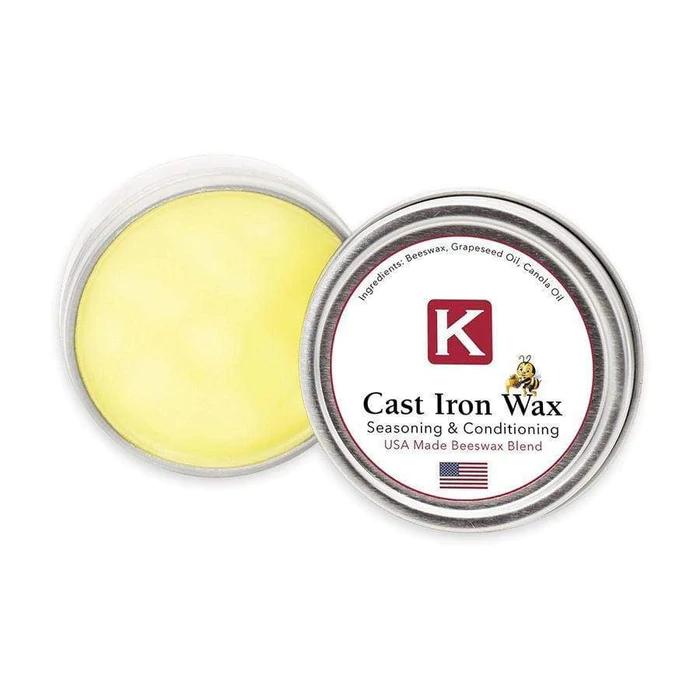 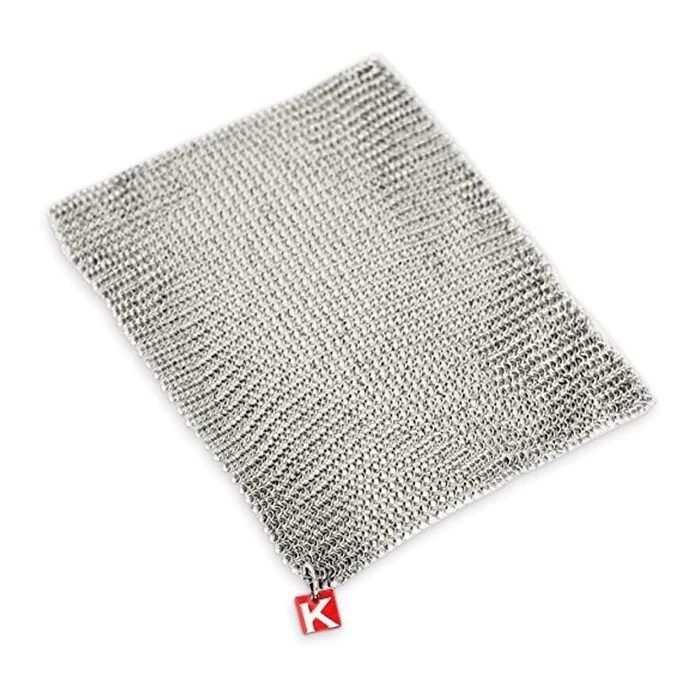 How Do I Keep My Pan in Good Shape in Between Use?

When storing cast iron between uses, make sure it’s completely dry before stacking or hanging it; otherwise it will rust. We like to line the pan with a paper towel if it’s being stacked, in order to wipe away any extra moisture and protect the surface from other objects. We don’t advise using your skillet as a container to hold leftovers, it won’t do the seasoning or your food any favors. Instead, transfer any leftovers out and clean your pan thoroughly.

We love the cast-iron skillet and Dutch oven from Field Company. Field's cast-iron skillets work just as well as other brands but are so much more lightweight—the 10-inch model weighs just 4 pounds, at least 20% less than other models. The inside of the pans are also well burnished so they're smooth, not rough, for low-stick cooking, especially if you've seasoned your skillet properly. The Field skillets come pre-seasoned and are available in a range of sizes to suit the needs of any home cook. 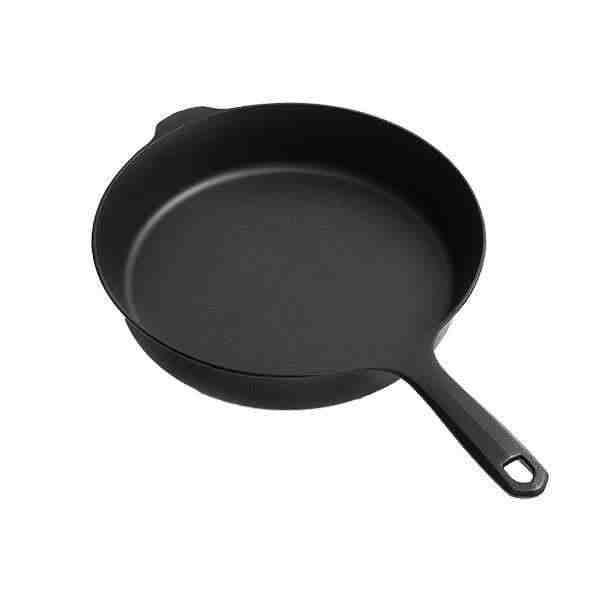 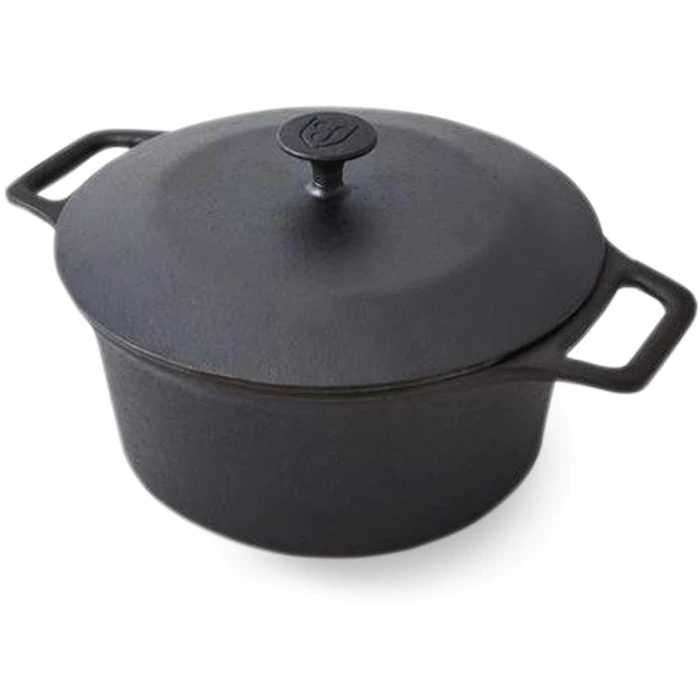