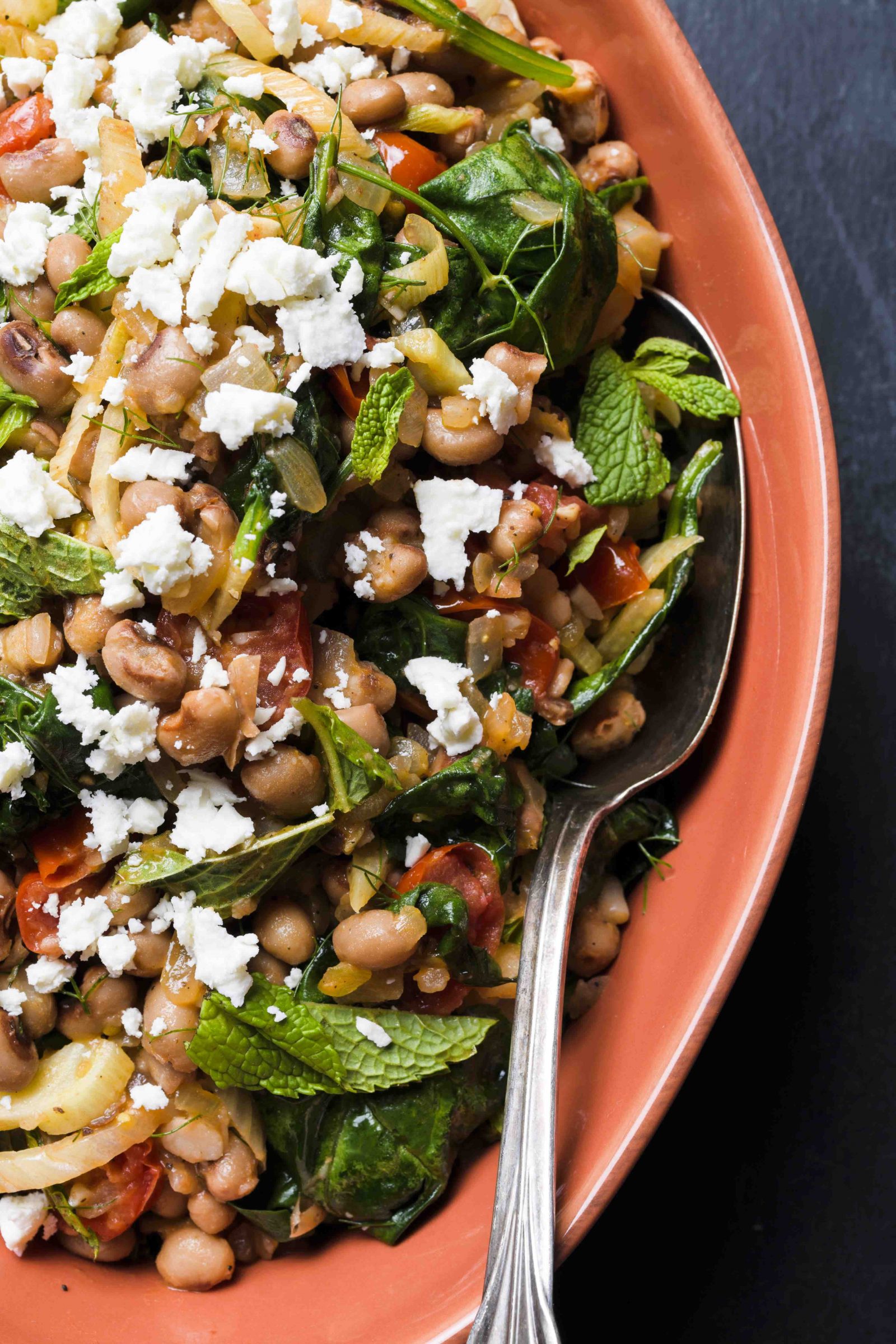 Black-eyed peas, though commonly associated with Southern American and Caribbean cooking, have long been a staple in Greek kitchens. Called mavromatika fasolia, the beans often are stewed with tomatoes, aromatic vegetables and a generous amount of olive oil. Our salad-like version of the dish was inspired by a recipe from Greek food authority Diane Kochilas, but we use canned black-eyed peas for weeknight ease. Chopped onion and sliced fennel sautéed until lightly caramelized form a savory-sweet base, and grape tomatoes cooked until just softened add bright color and flavor. If you like, crumble on some feta cheese just before serving.

Don’t discard the fronds from the fennel, if your bulb has them. Roughly chop and add them at the same time as the mint.