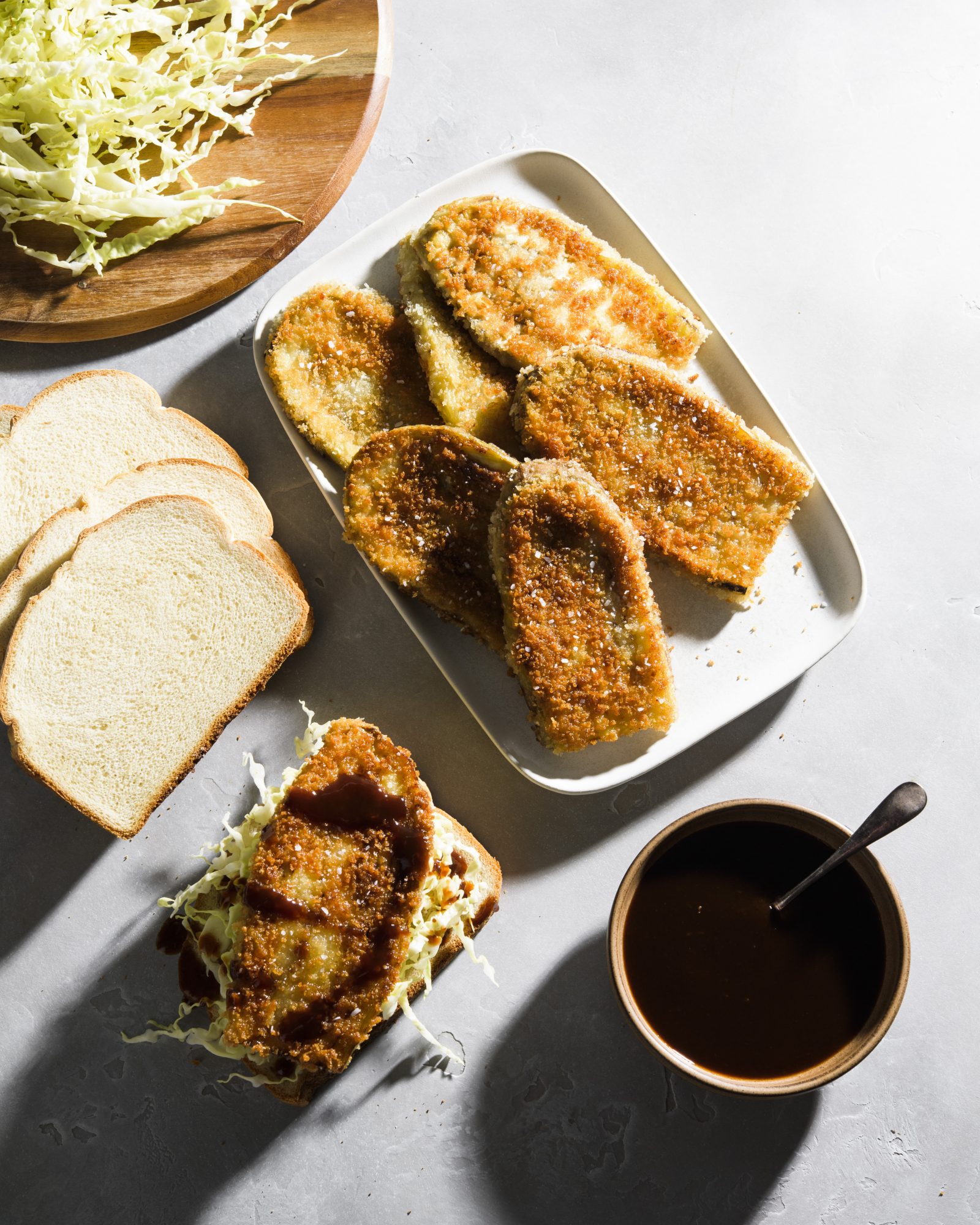 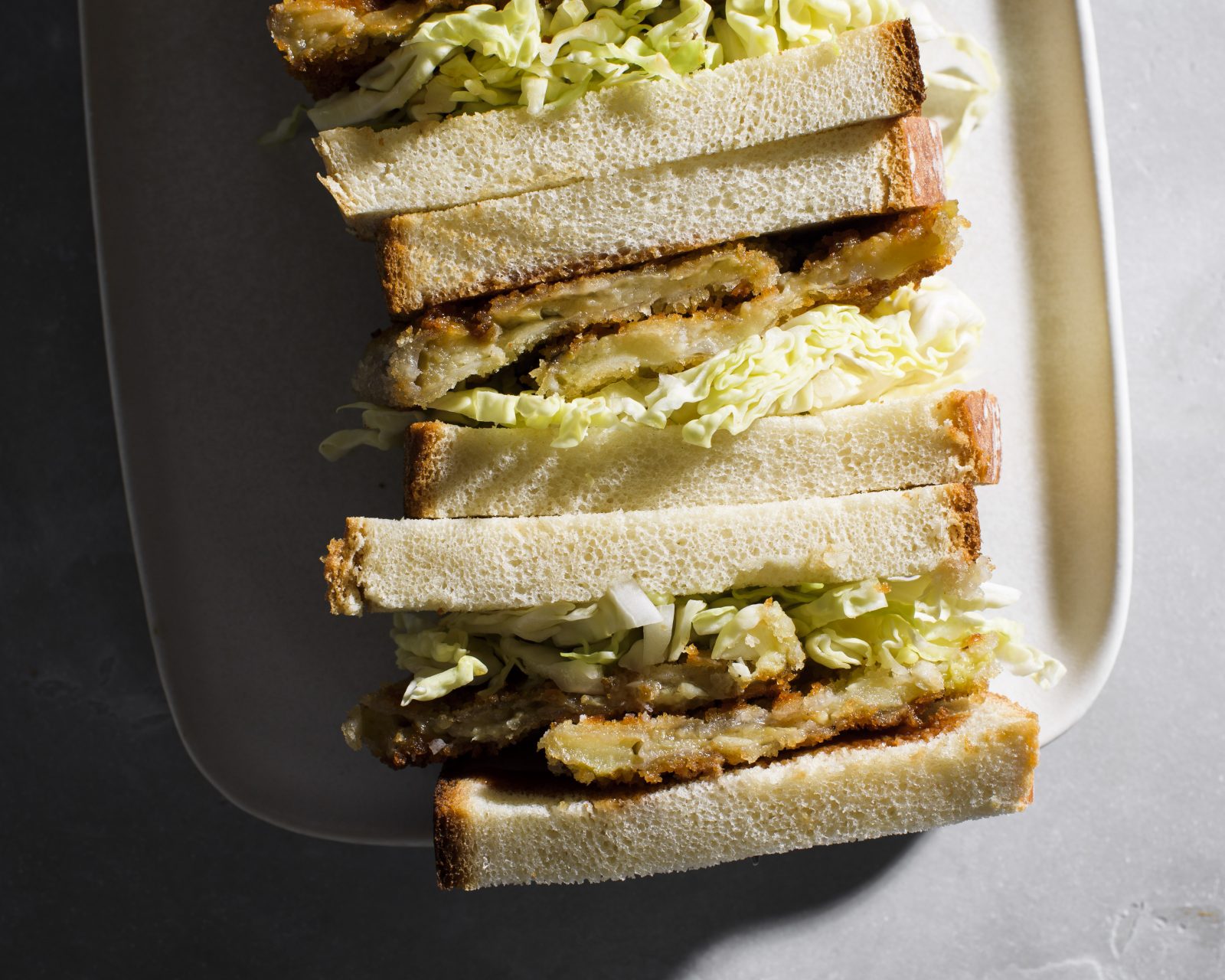 Traditionally made with either pork or chicken cutlets that are breaded and deep-fried until golden brown and perfectly crisp, katsu is a widely popular Japanese meal. For this version, we opted for eggplant cutlets instead of meat. The cutlets typically are coated with flour, egg and breadcrumbs, but we use a cornstarch slurry in place of the egg for an ultra-crispy “cutlet” that also happens to be vegan. We also pan-fry rather than deep-fry, making this a bit more home cook-friendly. Our streamlined recipe for the savory-sweet tonkatsu sauce that typically accompanies katsu is an excellent foil to the rich eggplant. Serve with steamed rice or between slices of white bread and a little sliced green cabbage for a “katsu sando.”

Don’t skip salting the eggplant and letting it stand. This removes some of the moisture from the eggplant and also helps prevent it from soaking up all the oil while cooking. And don’t substitute conventional breadcrumbs for the panko; the latter are essential for their crisp, light texture.

Reviews
Juan G.
Crispy in the outside and tender in the middle
Great alternative to other meat katsus for Meatless Mondays;-)
Become A Subscriber To Rate and Review All Our Recipes.
Please Log in or join today for $1.