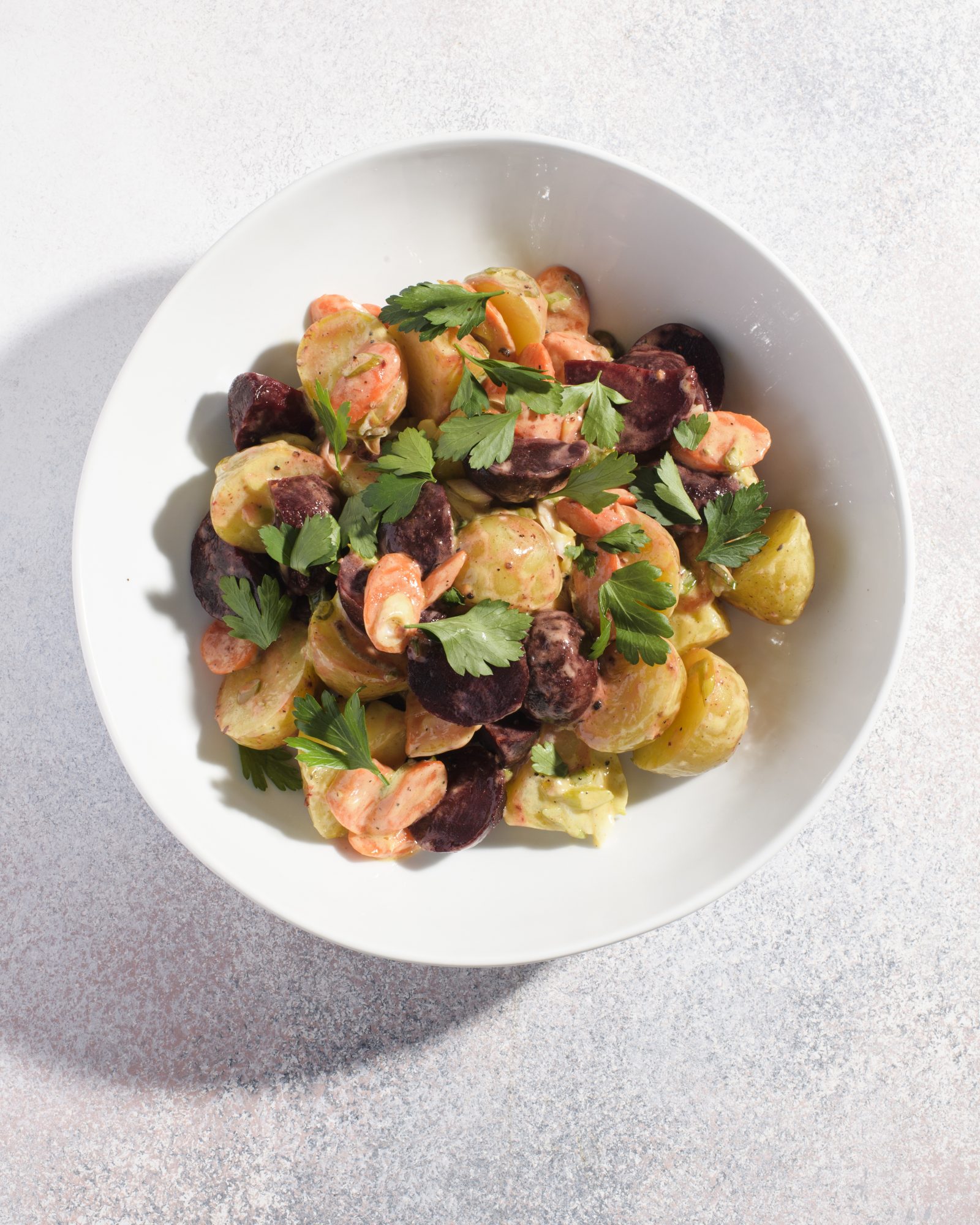 Ensalada rusa translates from the Spanish as “Russian salad.” Said to be created in the 19th century by chef Lucien Olivier at the Hermitage, a French restaurant in Moscow, the dish, which, in its original form contained lavish ingredients such as caviar, was wildly popular and eventually made its way into the cuisines of other countries. Spain, in particular, took a liking to it, and the salad now is a fixture in tapas bars throughout the country. It also is much loved in many Latin American countries. A mayonnaise-based dressing is standard in ensalada rusa, potatoes are a must and beets are common. Some versions even include hearty ingredients such as tuna or hard-cooked eggs. We like carrots in ours and, for easy prep, we opt for store-bought cooked beets. The salad is delicious at room temperature or even chilled.

Don’t let the potato-carrot mixture cool too much before tossing it with the mayonnaise mixture. It still should be quite warm when dressed so the vegetables absorb the seasonings. When mixing in the beets, do so with a light hand to prevent them from turning the entire salad pink.