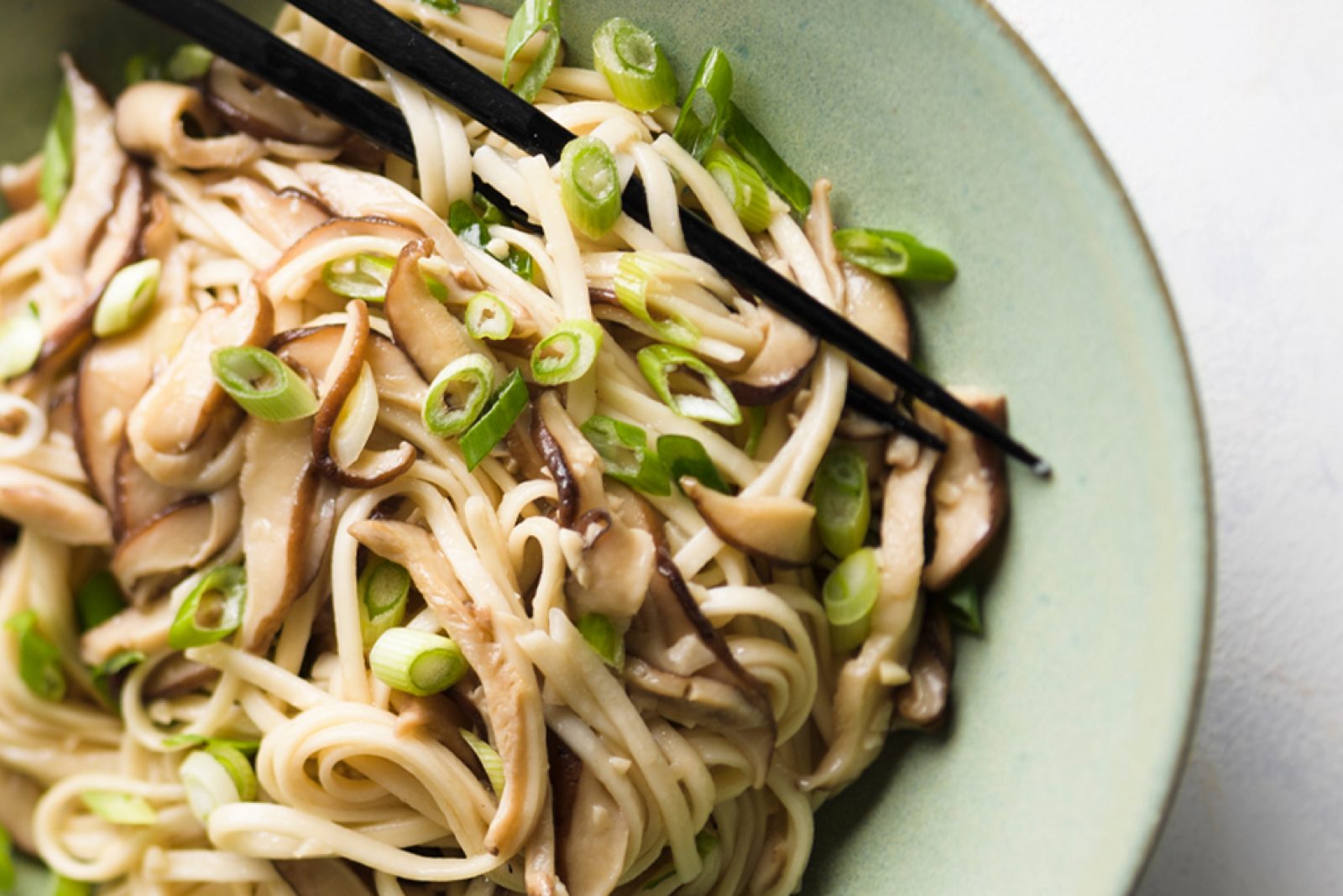 The An family that owns and operates two well-regarded Vietnamese restaurants in California often are credited with the creation of the dish known simply as “garlic noodles.” Buttery, umami-rich and intensely garlicky, the noodles are not traditional Vietnamese fare, but were such a hit many other Vietnamese restaurants now offer them. This recipe is our version of those noodles, but we’ve added mushrooms and scallions to round out the dish. Use dried Asian noodles with a hearty chew, such as lo mein or udon; in a pinch, linguine works, too.