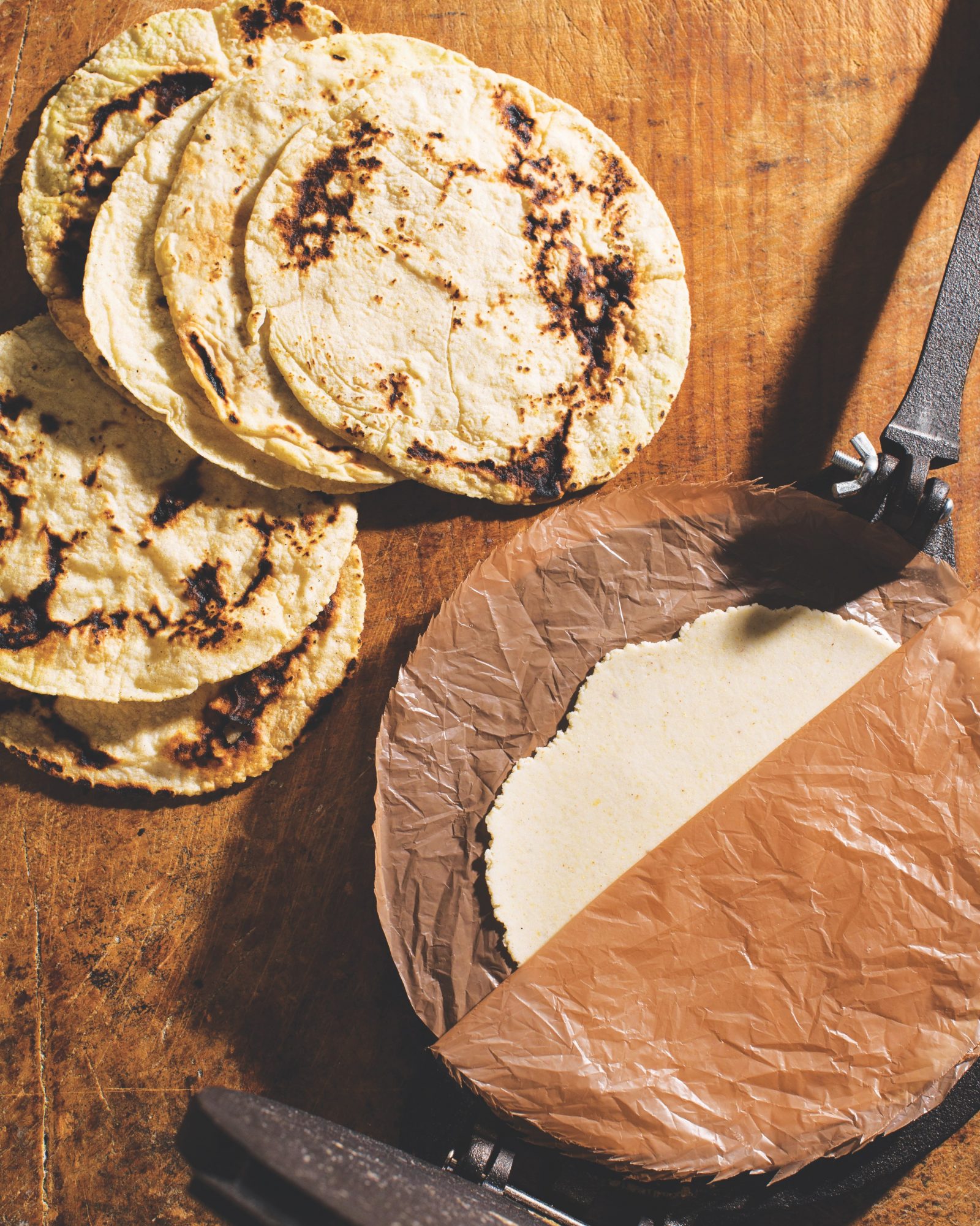 Making your own corn tortillas using masa harina (flour ground from nixtamalized corn) is not difficult, but it does take time and requires a few pieces of equipment. And if you’re new to tortilla-making, it will almost certainly take a couple of rounds before you find a rhythm in the process. You will need a tortilla press, a 10- or 12-inch nonstick skillet, a 10- to 12-inch cast-iron griddle or skillet, and a spray bottle filled with water. When pressing the tortillas, rounds cut from a clean plastic grocery bag (or a gallon-size zip-close cut into two 8-inch squares) ensure the dough won’t stick to the press. For cooking the tortillas, we use a two-stage method. As each one comes out of the tortilla press, it’s cooked first in a nonstick skillet for about 50 seconds to set the surfaces, then it’s finished in a blazingly hot cast-iron pan for about 45 seconds. During the second stage, we lightly drag a metal spatula across the tortilla, which often triggers a puffing action. Though a puffed tortilla deflates when removed from the pan, it’s texture is lighter and airier than one that hasn’t risen. That said, don’t worry if your tortillas don’t puff—they still will be far more delicious than store-bought. If you need more than a dozen tortillas, this recipe can be scaled up.

Don’t confuse masa harina with cornmeal or corn flour. Though all are made from corn, they are different products. In most supermarkets, masa harina is sold alongside the regular flour, or check the aisle where Latin American groceries are stocked. After making the dough (which is called masa), be sure to cover it well to prevent drying. The same goes for the dough balls as they wait to be formed into tortillas. Finally, if the pressed dough ends up with wrinkles or tears as you remove it from the plastic, don’t fret. Simply gather it up, form it once again into a ball and press it with the tortilla press.