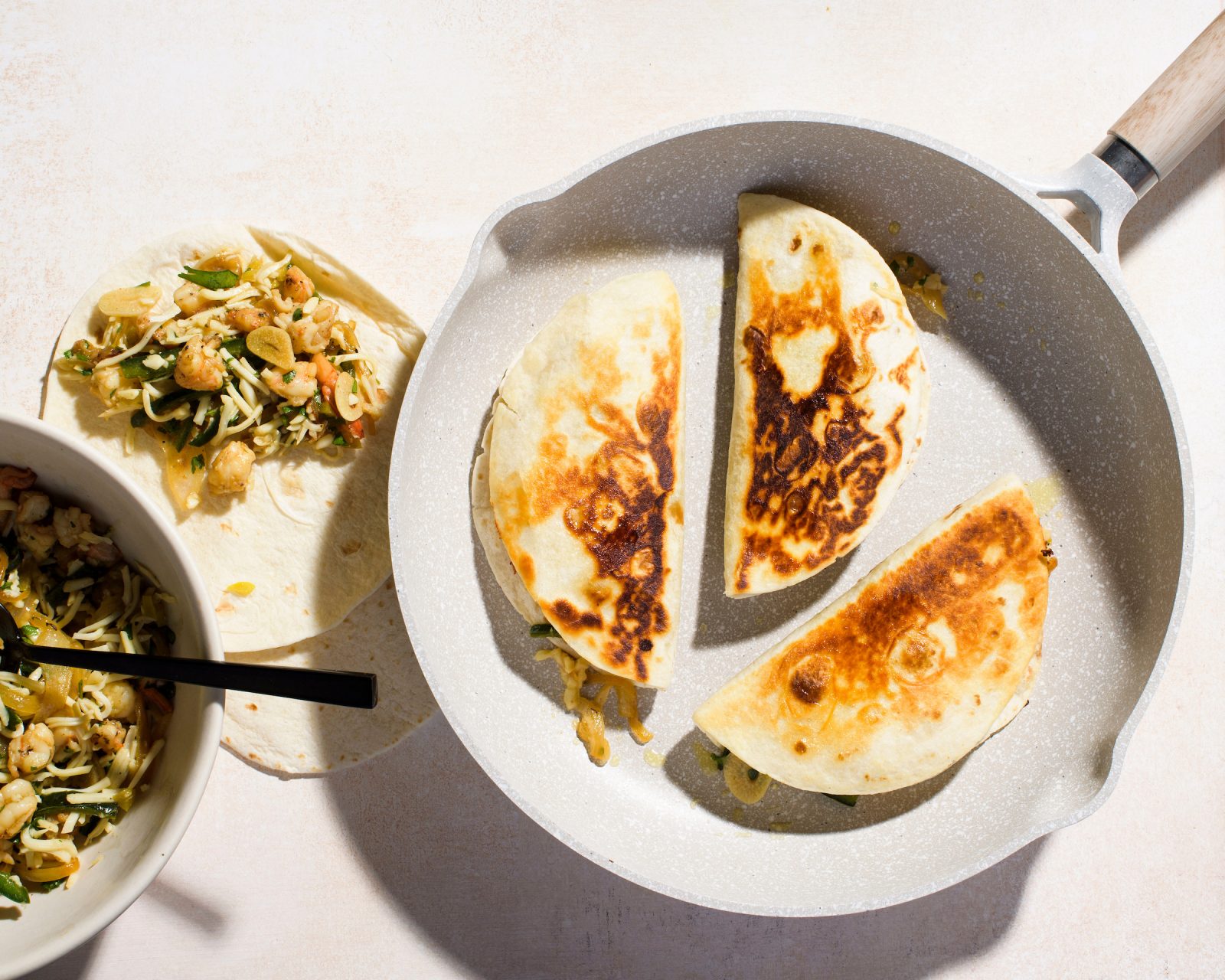 4 Servings
Log In to Rate This Recipe
Made This Recipe? Write a Review.
Thank you for submitting your review! A member of our team is confirming the review meets our site's Community Guidelines. It will be posted on the site shortly.

If you think seafood and cheese don’t mix, this recipe will change your mind. Tacos gobernador, or “governor’s tacos,” are a modern Mexican classic said to have originated in the state of Sinaloa. A blend of shrimp and melty cheese is tucked inside tortillas that then are folded and cooked like a quesadilla. The recipe calls for medium shrimp, but since they’re chopped, you can use large or extra-large—whatever is most convenient. Swap in corn tortillas for the flour if you like, though you’ll need to heat them before adding the filling so they won’t break when folded. Just pop them in the hot skillet for a few seconds per side until pliable.

Reviews
Alison B.
Easy weeknight dinner
Quick and easy weeknight dinner. It was tasty but could use a little more kick. Might increase the pickled jalapeño next time or add some fresh chiles, as well as some lime juice to cut through the richness of the cheese.
Become A Subscriber To Rate and Review All Our Recipes.
Please Log in or join today for $1.