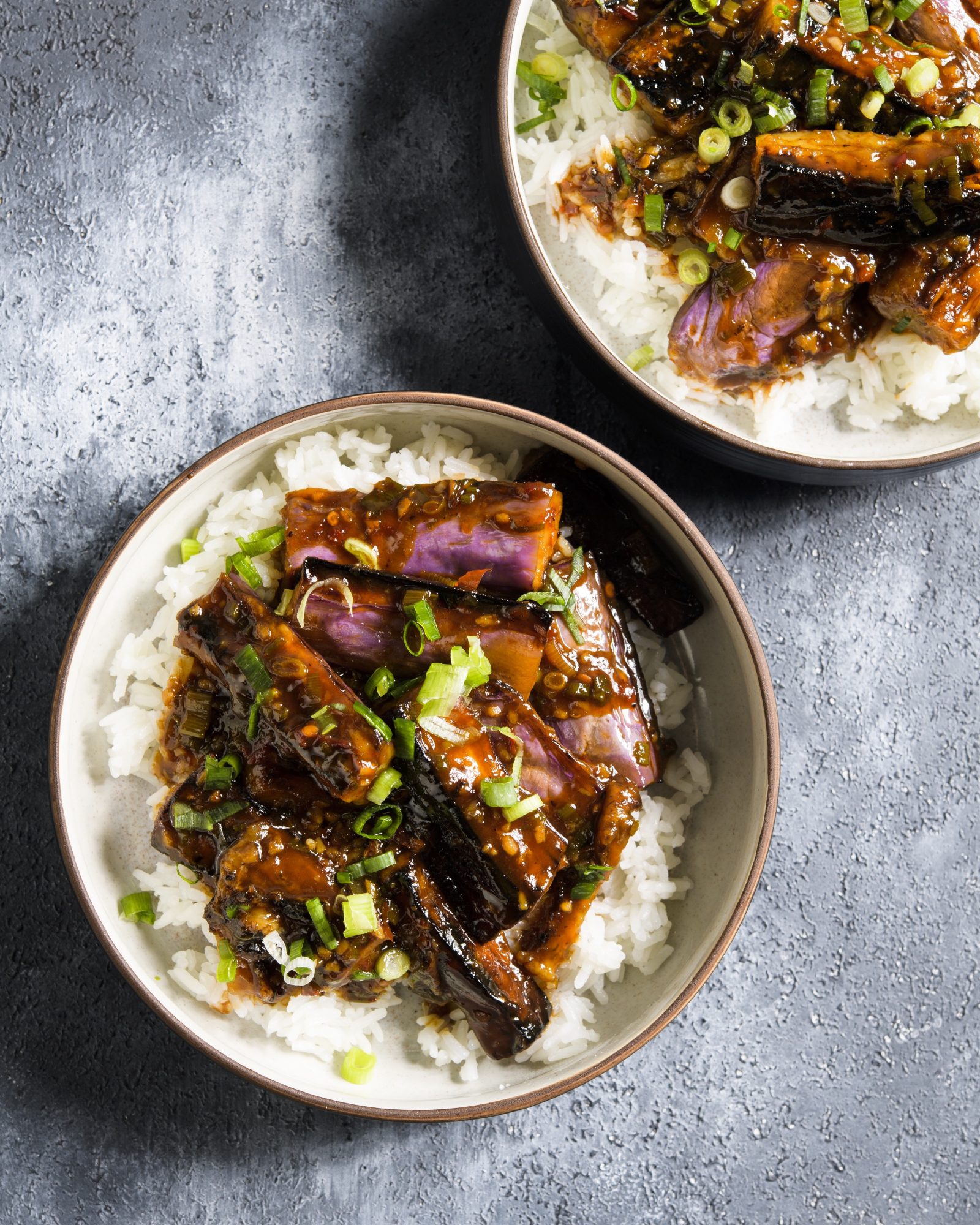 The Sichuan name for this classic dish is yu xiang qie zi, which translates as “fish fragrant eggplant” despite the fact that no seafood of any kind is used in its making. Some sources say it’s so called because the eggplant is cooked with ingredients commonly paired with fish in Sichuan cooking. Many versions include ground pork but ours is meat-free, and we pan-fry the eggplant instead of deep-frying it the traditional way, so it’s much simpler to prepare. Sichuan chili-bean paste, called toban djan, is salty, spicy and rich in umami. Look for it in the international aisle of the supermarket or in Asian grocery stores. It’s worth seeking out, as there’s nothing quite like it. And while you’re shopping, also try to source Chinese black vinegar, also known as Chinkiang (Zhenjiang) vinegar. If it’s unavailable, balsamic, a seemingly peculiar substitution, is the next best option, as its sour-sweet flavor is reminiscent of the malty notes of black vinegar. Serve with steamed rice.

Don’t use regular globe eggplant instead of Chinese eggplant. Long, slender Chinese eggplants have slightly more tender skin, fewer seeds and a better flesh to skin ratio for this dish.

I love Sichuan eggplant and I didn't think this recipe could improve on my favorite one, but it did. The sugar balanced the pungency of the chili- bean paste. Delicious.

Sichuan eggplant is one of my favorite meals but I have never tried making it before. This was easier than I expected, and tastes great. My significant other had three helpings, so that’s saying something.