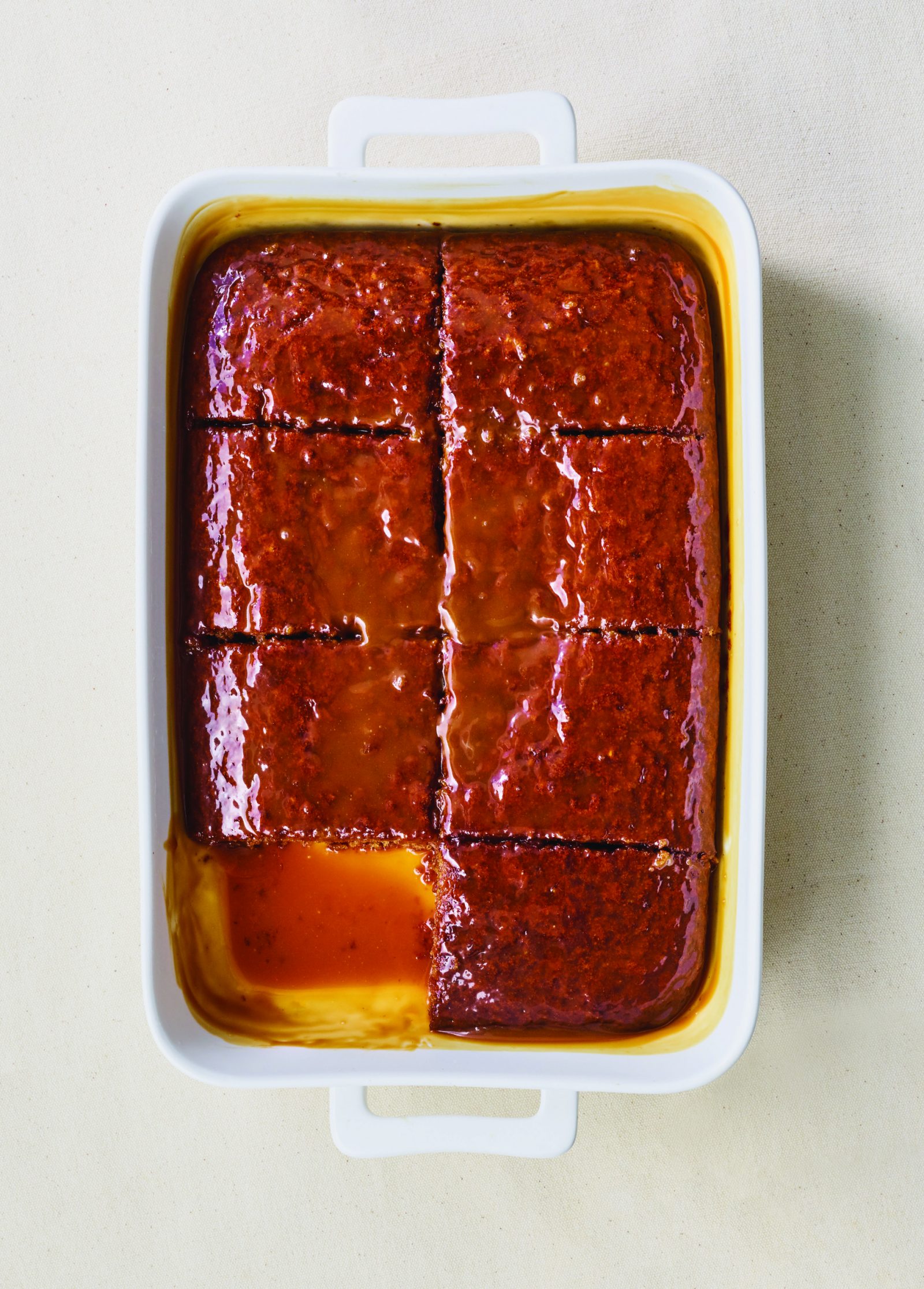 9-12 Servings
Log In to Rate This Recipe
Made This Recipe? Write a Review.
Thank you for submitting your review! A member of our team is confirming the review meets our site's Community Guidelines. It will be posted on the site shortly.

My feet were sore and my heart was heavy after a long day of walking. I had left Jerusalem again and was going to make London my home for the foreseeable future. After a day spent sorting out living arrangements, I stumbled into a pub I had read about once in a novel. I ordered fish and chips and I splurged on a dessert the waiter told me was not to be missed. It was my first experience with sticky toffee pudding. It wrapped me in such warm comfort that night and remained my favorite dessert until I left London with a family in tow, five years later, to make Philadelphia my new home. At first, I felt a sense of betrayal at tinkering with this dessert that had been so good to me, but this version with tahini is so sublime that the transgression can only be forgiven.

Reprinted with permission from “The Arabesque Table: Contemporary Recipes from the Arab World," by Reem Kassis (Phaidon, April 2021).

Reviews
Daniel H.
softened butter? cooled in pan?
Should the butter be softened? I assume you cool the cake right in the pan correct?
Peter G.
Tahini Oh So Tempting
Tahini was never put to such sweet ends. A delightful dessert. Highly recommended!

I don't see how this can use either a 9 inch round (roughly 14.14 square inch area) pan or a 9 x 13 inch rectangle (117 square inches). You will get completely different depths.

It probably should have been 2 nine inch pans.

This recipe is reprinted with permission from Friend of Milk Street Reem Kassis's cookbook, "The Arabesque Table" so we didn't test it here at Milk Street. That being said, we agree that it seems unlikely that it would work the same in both size pans. Since the photo that accompanies the recipe shows it in a 9x13 baking dish, we think that's probably the better option here. Hope that helps!

The recipe does not include cream in the ingredient list for the cake, just the topping. Yet, step 03 of the cake instructions says to mix the butter, sugar, and cream. Anyone know whether cream goes in the cake, and if so, how much?

The word "cream" here is being used as a verb, not an ingredient. In other words, you add the butter and the sugar to the food processor and cream them together until pale and well combined. Hope that clears it up!