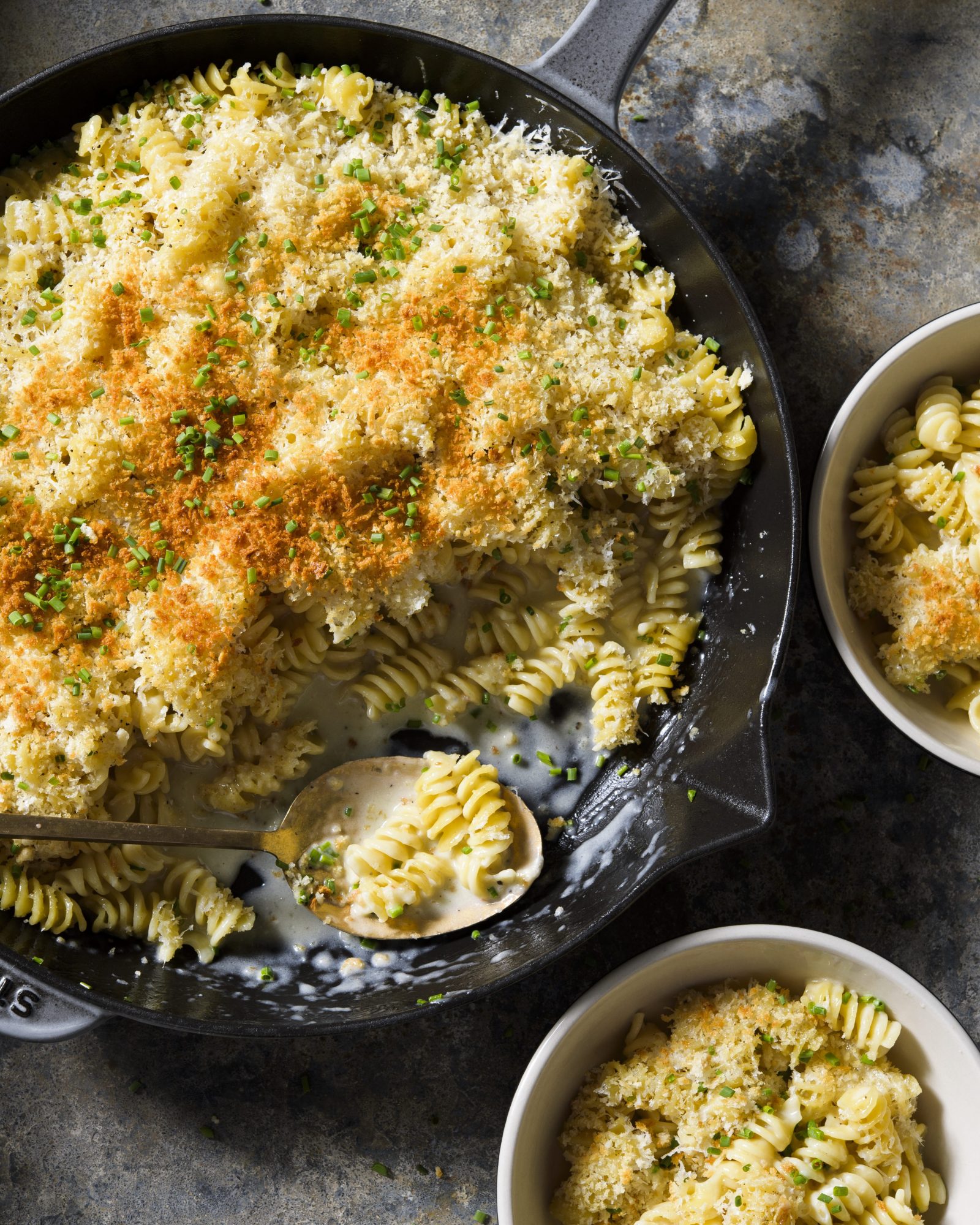 Three-Cheese Pasta in a Skillet

This one-pan version of mac and cheese is dangerously quick and easy to make. Rather than boiling the pasta in a pot, then draining it and stirring in a flour-thickened cheese sauce made in a separate pan, we simmer the noodles in a skillet using a modest amount of liquid before simply stirring in three different types of cheese. The starch the pasta releases as it cooks acts as a binder and helps create a rich, velvety sauce that clings beautifully to the noodles. Cheeses such as cheddar, Gruyère or fontina bring a gooeyness and foundational flavor, while Gorgonzola adds creaminess along with a little pungency, and a dry cheese like Parmesan, pecorino or Asiago offers another layer of complexity. If you’re blue cheese–averse, use ¾ cup mascarpone cheese instead; it, too, is creamy and has a tanginess without the funkiness of Gorgonzola. The cheesy pasta is sprinkled with panko then briefly broiled to toast the crumbs, so you will need a broiler-safe 12-inch skillet for this recipe.

Don’t forget to cover the skillet while the pasta is cooking and stay close by so you can keep an eye on the mixture and stir every few minutes. Keeping the lid on prevents excessive evaporation of liquid and regular stirring helps guard against a messy overflow. Also, be sure the skillet is off the heat when the cheeses are added so they don’t scorch or separate.

Reviews
Peter F.
Amazing flavor; sauce didn’t come together
Flavor on this was fantastic and played with a few cheeses. That said, the sauce never came fully together so I had a layer of melted cheese at the bottom of the pan no matter how much I stirred. Any tips appreciated!
Become A Subscriber To Rate and Review All Our Recipes.
Please Log in or join today for $1.