Tomato Tart with Olives and Gruyère

A sheet of frozen puff pastry, thawed and rolled into a slightly larger rectangle, is the crust for this simple but impressive savory tart. We toss the sliced tomatoes and onion with salt and pepper to season the vegetables while also allowing them to release some of their moisture for both better texture and flavor after baking. Using the tines of a fork to poke holes in the rolled-out pastry prevents the center from becoming too puffy, but leave a 1-inch border around the edges so the pastry forms a light, crisp outer crust.

Don’t use regular round tomatoes in this recipe. Plum tomatoes, which are relatively firm and dry, work best. 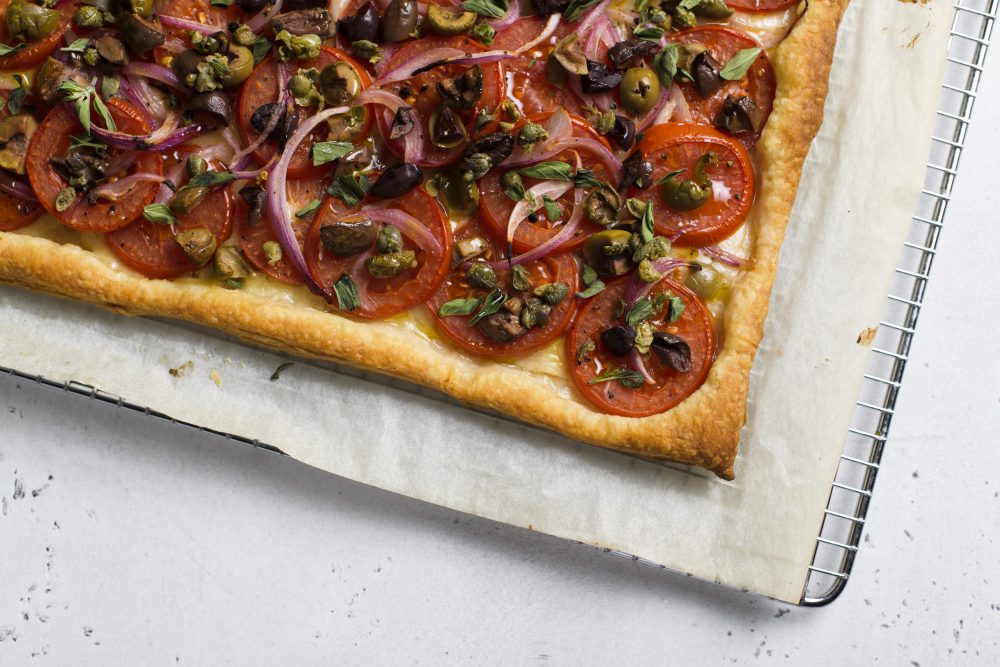 Reviews
Kelly R.
Delicious Tart
This was a lovely, quick dinner! The puff pastry makes it so easy to prep. I picked this for a weeknight dinner since it was so simple but, to my surprise, my boyfriend was also delighted as it’s similar to something his mom used to make- Pissaladière. We’ll definitely make this again.
The reviews for this recipe are for subscribers only.
Please Log in or join today for $1.