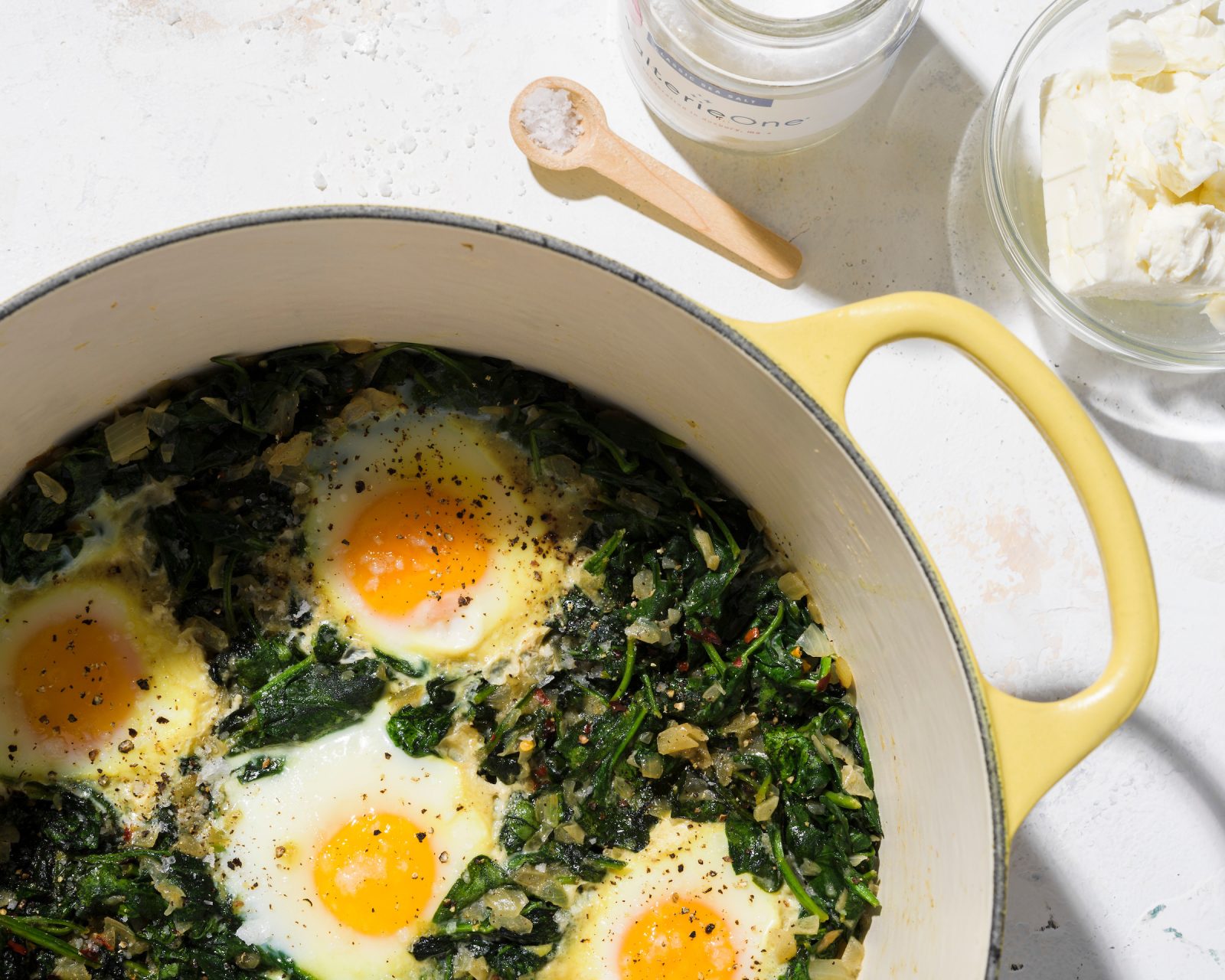 4 to 6 Servings
Log In to Rate This Recipe
Made This Recipe? Write a Review.
Thank you for submitting your review! A member of our team is confirming the review meets our site's Community Guidelines. It will be posted on the site shortly.

The Turkish spinach and egg dish known as ispanakli yumurta resembles Middle Eastern shakshuka, but spinach takes the place of a tomato-based sauce. Prepackaged baby spinach makes the recipe quick to prepare—the key is to cook it very briefly so it doesn’t become watery. Frozen spinach also works well; just thaw it, drain it in a colander and, if it’s still very wet, pat it dry with paper towels. This dish often is served with yogurt. We stir some in with the spinach to create a rich, creamy sauce that won’t break under moderate heat. Serve flatbread alongside.

Reviews
Mandy M.
delicious
Really enjoyed this dish. We paired it with pita bread for supper and really enjoyed the flavor profile
Become A Subscriber To Rate and Review All Our Recipes.
Please Log in or join today for $1.