At Magdalena restaurant in Migdal, Israel, chef Yousef (Zuzu) Hanna offers a house-baked flatbread that’s a hybrid of Yemeni saluf and Moroccan frena. Soft and chewy, with a puffy, open crumb and golden brown crust, the breads, shaped like slightly flattened mini boules, have a texture somewhere between naan and ciabatta. To recreate it at home, we use a moderately wet yeasted dough and give it multiple rises, including a 24- to 48-hour rise in the refrigerator, so be sure to read the recipe before beginning so you can plan accordingly. Immediately after baking, we brush the surface of the breads with a za’atar-infused oil that also can be served alongside the bread for dipping. Za’atar is a Levantine spice, seed and herb blend; look for it in the spice aisle of the supermarket or in Middle Eastern markets. You will need a baking steel or stone for this recipe, plus a baking peel for sliding the dough onto and off the steel.

Don’t forget to heat the oven with a baking steel or stone on the middle rack about 1 hour before baking. The best time to do this is immediately upon removing the dough balls from the refrigerator after their three-hour rise. When placing the dough rounds on the baking peel, don’t position them in the center of the peel. Rather, place them as close as possible to the edge so they slide off the peel and onto the steel with minimal effort.

Active time over the course of 1½ to 2½ days 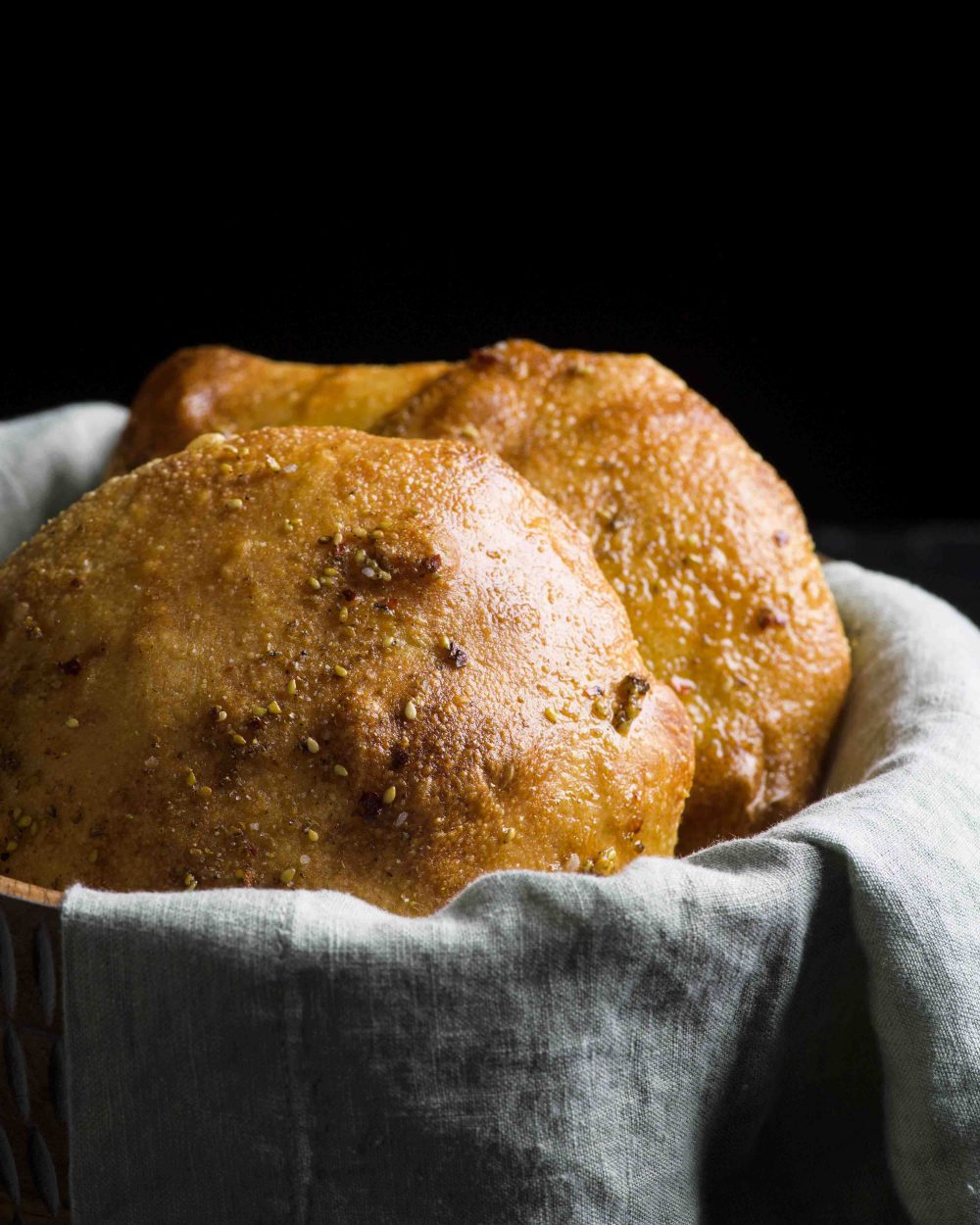