Smoke rises from smoldering oak up through the slats of a wooden loft overhead, seeping into a mound of lipstick-­red peppers piled 3 feet deep. Beams of sunlight stream through holes in the terra ­cotta roof, a deliberately ramshackle setup that keeps rain out but lets moisture escape. The skinny, tapered fruit will dry over a constant fire for eight to 15 days, depending on the weather, before it is turned into Spain’s most emblematic spice.

“The building has to breathe,” says Paco Garcia Barra, a farmer who has grown peppers for pimentón de la Vera, or smoked paprika, for 50 years. “If there’s no smoke coming out the top, the peppers are going to spoil.” He places his palm on the lower wall to judge the temperature of the room before throwing on another log. Any hotter than about 120°F and the peppers start to cook. Too cool and they rot. I would soon learn that the peppers are just as temperamental after they’ve been ground to a fine, pungent powder.

Here in La Vera, a verdant, sparsely populated valley between Madrid and Portugal, this revered spice enriches nearly every traditional recipe—stews, vegetables, eggs, grilled meats. But the real lesson comes from a mantra I hear over and over, that paprika cooked is paprika lost, a seemingly contradictory warning. Clearly, I have a lot to learn about how to make the most of its powerfully aromatic flavor.

Farmer Paco Garcia Barra slices up sausage spiced with pimentón made from his peppers.

Garcia tosses the peppers with a blunt pitchfork—a daily chore—and says he and his wife take turns to wake in the middle of the night and check the fire. The jaranda peppers he had already dried sit off to the side in 20-kilo sacks. They smell fruitier than I expect, with cherry aromas that make evident why this blend is called sweet rather than mild or plain.

The peppers are one of four types awaiting to be sent to a factory, where they’ll be combined at varying quantities to make dulce (sweet), agridulce (bittersweet) or picante (spicy) paprika. Whatever the level of heat, the result is completely unlike wan American supermarket paprika, which is used mostly for color because it lacks any appreciable flavor.

Actually, the Spanish might bristle if you refer to pimentón as paprika, a Hungarian product made of different varieties of peppers dried with heaters and fans rather than wood. Besides the smoke, it also lacks pimentón’s vibrant red color. And though records are hazy, pimentón predates paprika by at least 100 years: The capsicum annuum peppers Columbus brought back in 1493 were first cultivated in the Old World by monks in La Vera.

The pimentón shines when it is treated with care, chef Ana Lopez explains. It burns easily, so it’s best used as a finishing sprinkle, mixed with oil for a dressing or added to hot ingredients. In soups and stews, it’s always added to the pot with liquid. And it is at its most assertive when used raw.

The monks were lucky. The imposing Sierra de Gredos mountain range blocks cold northern winds and funnels moisture east from the Atlantic, creating a microclimate that provides three times the rain as only 20 miles north. That’s better for farming, but it also explains why the peppers must be dried over a fire rather than in the sun as in other parts of Spain.

The upshot is the smoke. Pimentón de la Vera has a way of announcing its presence in a dish before the plate hits the table. Which is what happens at Alcor del Roble, a former drying room converted into a guesthouse and restaurant in Collado de la Vera.

Chef Ana Lopez sends out a collection of plates that could be case studies on how to highlight pimentón’s flavor. Migas, a scramble of breadcrumbs, potatoes, bell peppers and bits of ham, come dusted with pimentón picante, a flourish so smoky one could be fooled into thinking it was American barbecue. Morcilla de calabaza is a mash of squash, pork fat, onion and pimentón that’s usually shoved into sausage casing but here is spread on toast. Patatas revolconas are boiled potatoes stirred with bell pepper, garlic and pimentón-infused oil.

The spice makes these simple ingredients feel substantial, even meaty—and that was, historically, the idea. When black pepper and other imported spices were the domain of nobility, pimentón was the bold stroke of flavor that commoners could afford.

The pimentón shines when it is treated with care, Lopez explains. It burns easily, so it’s best used as a finishing sprinkle, mixed with oil for a dressing or added to hot ingredients. In soups and stews, it’s always added to the pot with liquid, lending depth as it blends increasingly into the background the longer a pot simmers. It’s at its most deliciously assertive when cooked not at all.

Splitting the difference is her pork tenderloin a la plancha, cooked on a flattop griddle. A thin layer of piquant sauce clings to tender meat, redolent of smoke, subtly sweet and brightened by citrusy oregano. It is simple, savory and utterly delicious.

Lopez makes a few lengthwise cuts to roughly butterfly the loin for faster cooking, then seasons it with only salt. It’s cooked on the plancha over medium for only four minutes per side. The trick is brushing the meat with an oil infused with pimentón dulce before flipping and cooking it only long enough to brush the other side. Another flip and it’s ready. After a few seconds of contact with the plancha, the oil adheres to the meat, yet the spice is heated briefly enough to retain its smoky, fruity aroma.

I find Lopez’s lesson repeated many times over the next several days. Sprinkled on top of fried eggs. Dusted over sautéed green beans and mixed with garlic, oil and the beans’ cooking water to form a flavorful broth. Emulsified with oil over fried strips of lamb. Uncooked in each case, the spice’s bright fruitiness is preserved. Its smoky depth enriches simple ingredients.

“It’s inside our DNA,” says Toño Pérez, chef of Atrio in Cáceres, where pimentón shows up dusted over an empanada and infused, barely detectable, into the sauce for slow-cooked pork neck. “Because you use it so naturally, you’re not conscious that you’re even using it.” 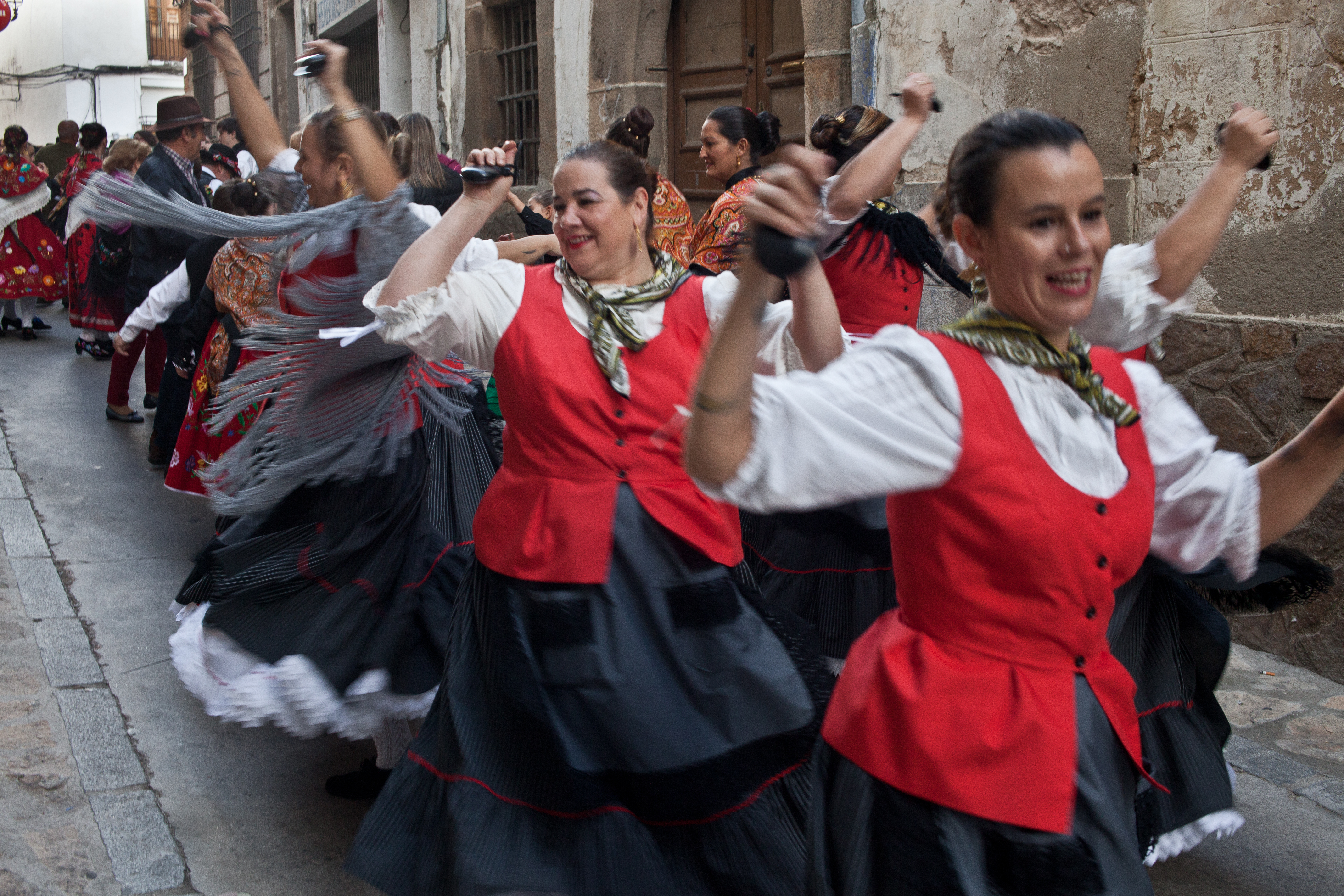 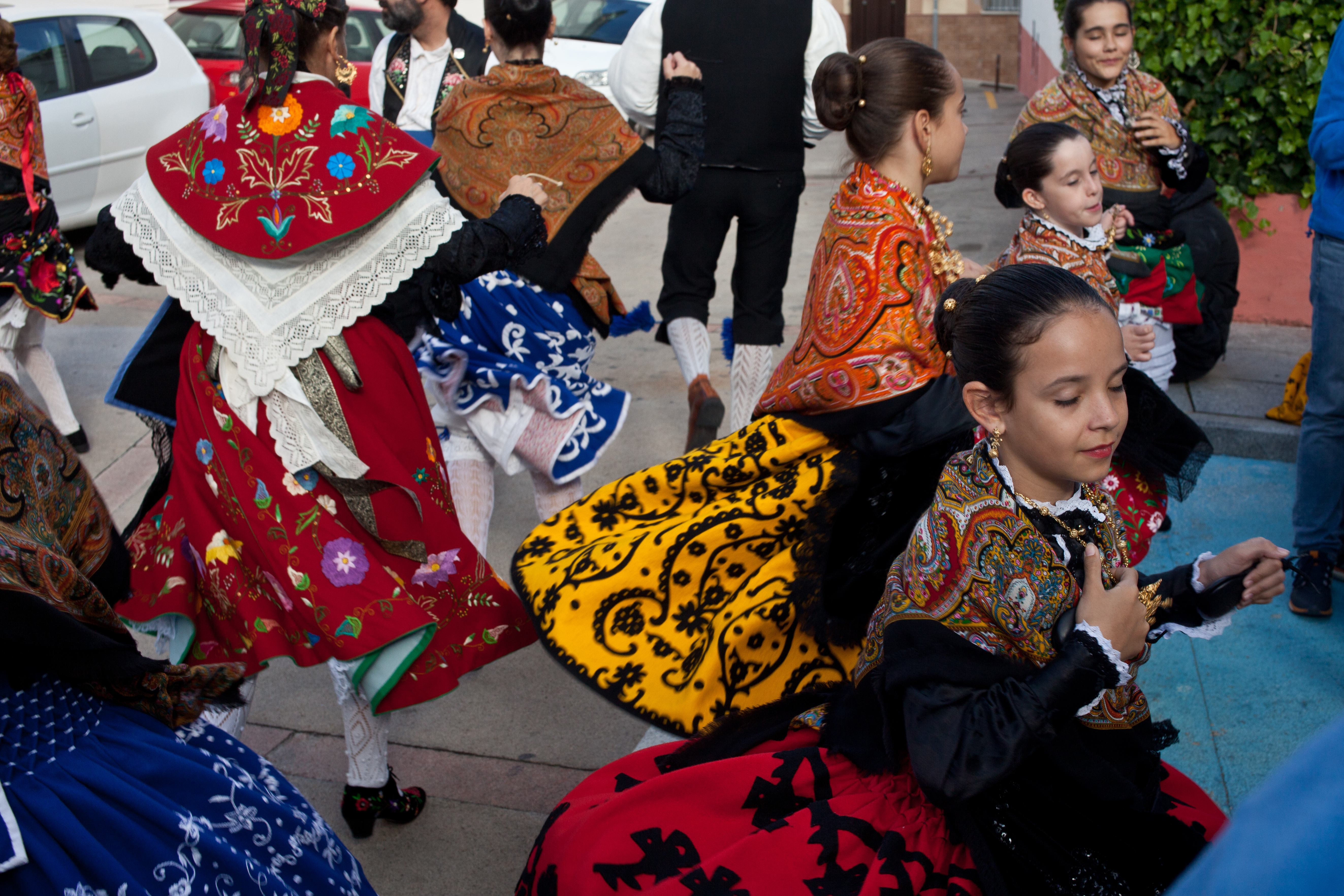 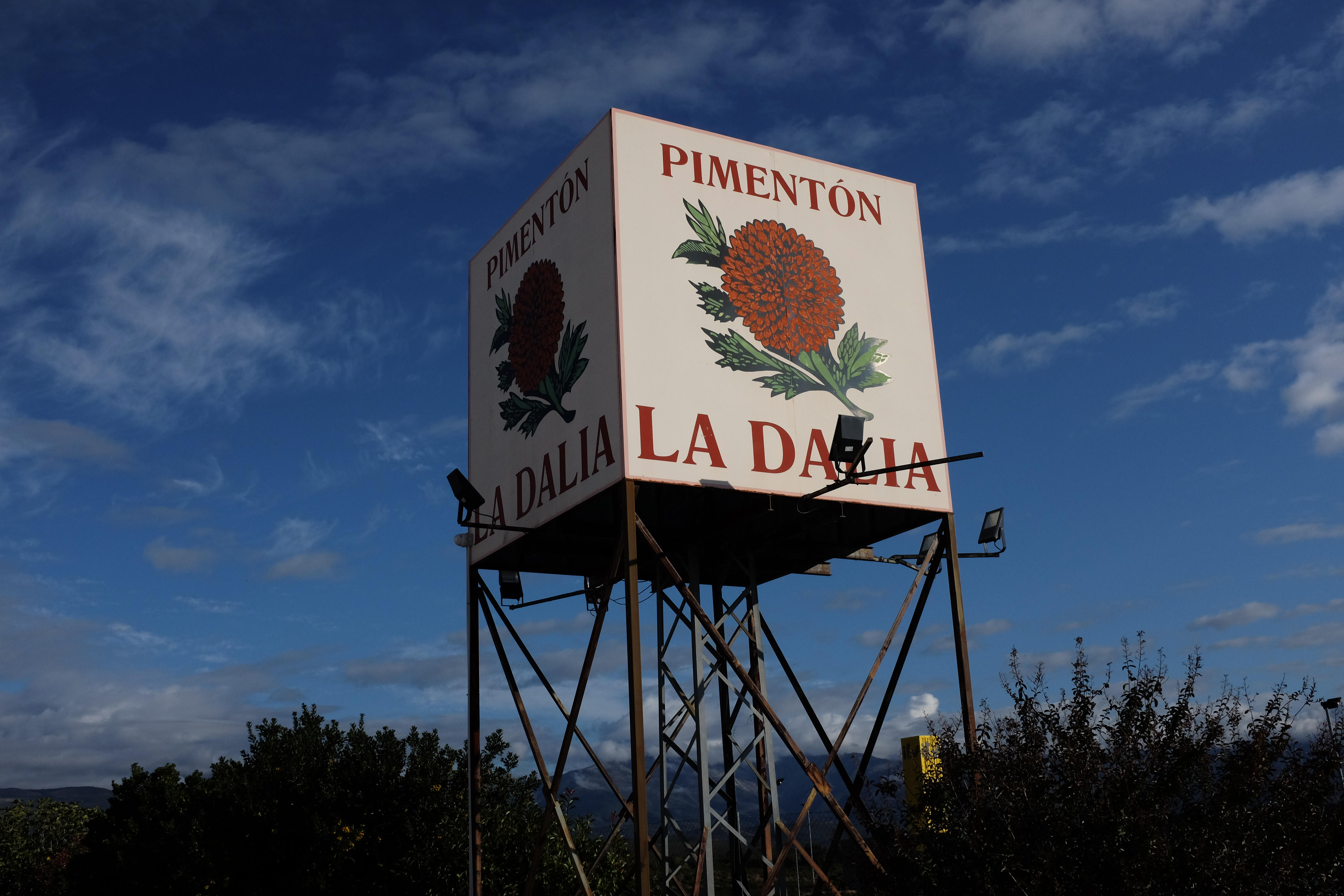 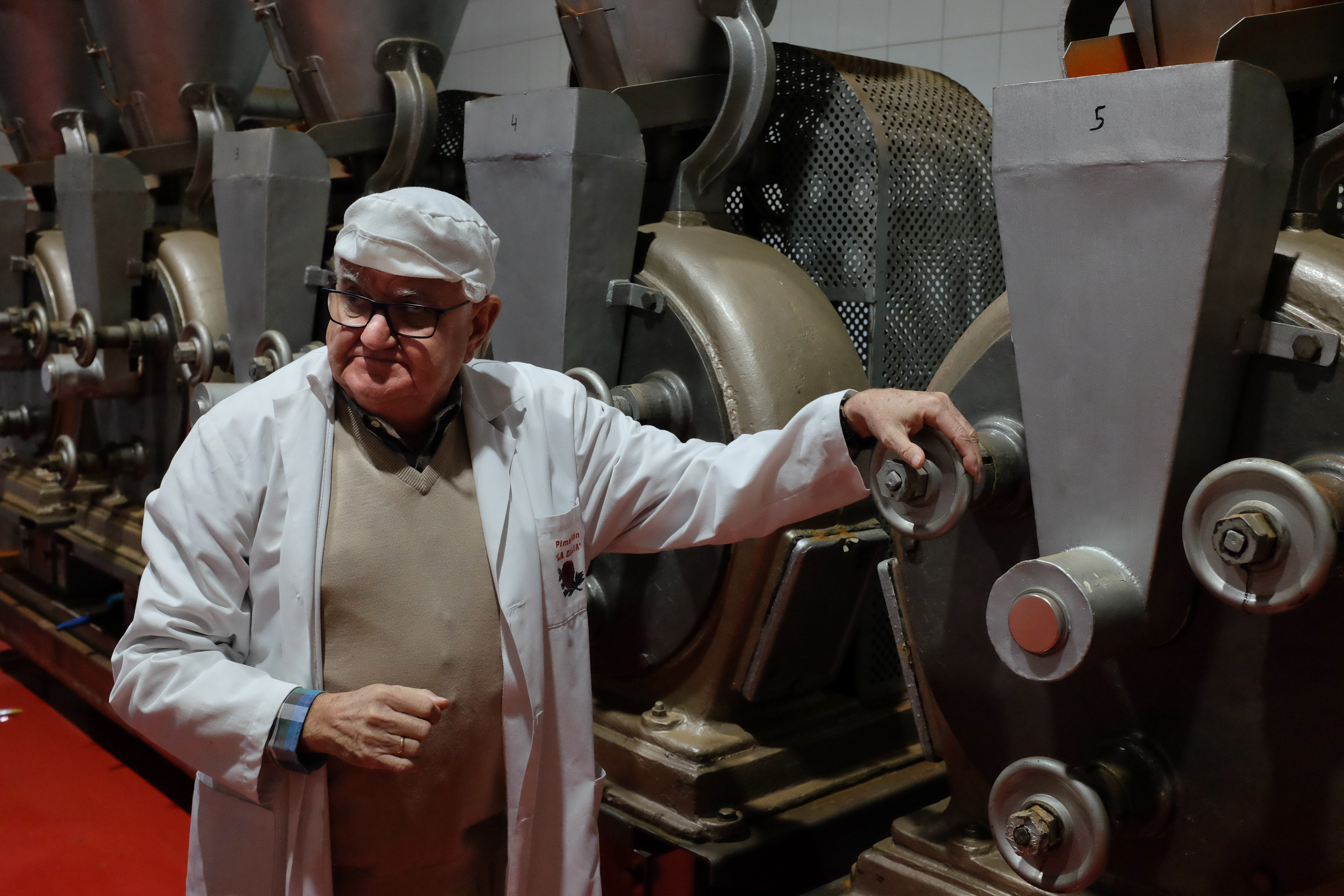 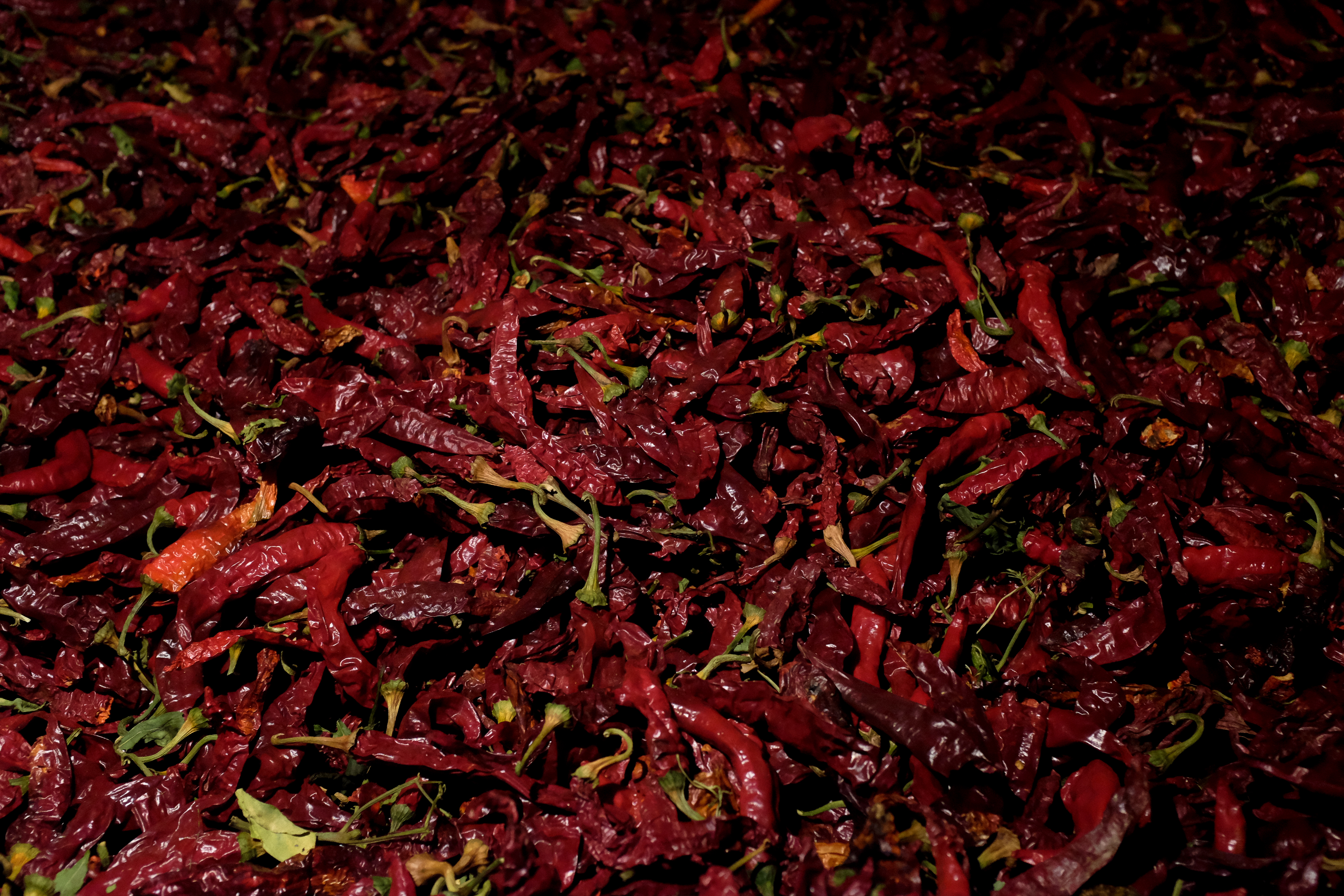 Back at Milk Street, we’ve always known that ground spices can burn easily and turn bitter, but we wondered why pimentón de la Vera seemed to have even more to lose. Turns out, it’s because these peppers have more natural sugars than most of the ground seeds, leaves, roots or bark that become other spices, which causes the pimentón to burn even more quickly. Taking what we learned, we focused on Lopez’s pork tenderloin, which we loved for its subtle sweetness and smoky depth—not to mention its simplicity.

We stayed faithful but for a few adjustments. At first, in an effort to avoid cooking the pork in batches, we tried both the broiler and the oven. But our tests came out bland or dry. So we stayed on the stovetop but employed a simplified butterflying technique and flattened the tenderloin to an even ¼-inch thickness by pounding it. This ensured even cooking in the skillet that was fast enough that the first batch stayed warm.

To the paprika-oregano oil, we added a half teaspoon of white sugar to reinforce the fruitiness in the spice, and a citrusy sprinkle of fresh oregano balanced the sweet. The paprika highlighted the natural sweetness of the pork with a smokiness that was preserved thanks to the tricks we picked up in La Vera. Lesson gladly learned.

In Extremadura, cooks know that with smoked paprika, timing is everything
Seared Pork Tenderloin with Smoked Paprika and Oregano

A Rich and Creamy "Risotto"–Without the Rice