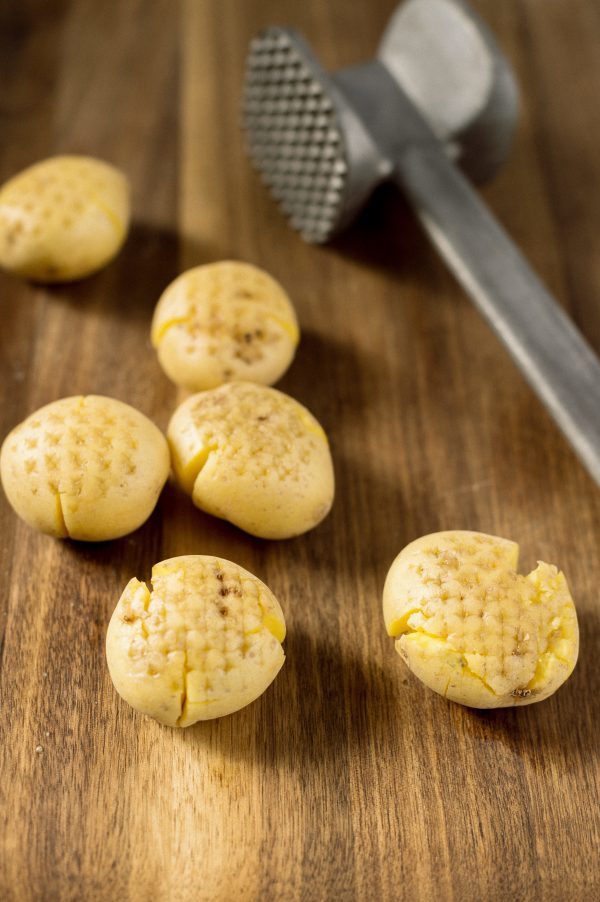 The flavor is all in how you crack the potatoes, not smash them
Cracked Potatoes with Vermouth, Coriander and Fennel

The French (Vinaigrette) Revolution
The Chicken or the Egg? In Chikhirtma, Both
What's in a Number?
All Shook Up