“The gorilla escaped, walked to the street, and sat quietly at the bus stop.” | Christopher Kimball’s Milk Street

We have good news! Our latest cookbook, Tuesday Nights, will be available in October. You can pre-order your copy now and save 31% off the cover price of $35 (your price is $23.95). If you wish to order more than one copy, you will receive an additional discount (additional copies are $19.95). Just CLICK HERE to pre-order.

Last Saturday, Tom and Nancy invited me over for steaks on the grill, coleslaw, corn, foil-baked potatoes and carrot cake on the banks of Camden Creek; the perfect summer meal. We sat on folding camp chairs, but there was no babbling brook—the drought had dried up the creek. It fills back up after a good rainstorm but that lasts for just a day or two. Farmers say that it takes 10 acres to grow the amount of hay that is produced by one acre during a good summer; hope that things improve for the last cutting. We played a game of ladder toss—it’s a form of horseshoes. You throw two balls attached by a string (bolas) and try to catch them on one of three horizontal bars. Harder than it looks.

Turkey Bob stopped by Tom’s for bow practice; the season opens in October. Throughout history, archery was a highly developed skill. In 53 B.C., the wealthy Roman Crassus was defeated at Carrhae (now in modern Turkey) by mounted Parthian archers. Their composite bows required 150 pounds of draw weight. (Mine is 45 pounds!) They could shoot backwards while riding away and their arrows pierced shields and armor. This makes modern archery seem like kid’s stuff. (The battle did not work out well for Crassus. His severed head was filled with molten gold as testament to his greed.)

My youngest daughter, Emily, just finished up her internship at a local zoo and she gave me an insider’s tour. She took a mini toucan out of one exhibit, placed it on her arm, and it pushed its head up underneath the sleeve of her T-shirt. You can see a photo below. There is a huge outdoor cage—it looks Victorian—for the condors. You can walk through the middle of it on an elevated, screened walkway. My favorite video was the one Emily took of the pelican—it hops back and forth frenetically as if it were “Dancing with The Stars.” Emily also got a tour from a Harvard professor about the history of the zoo. Years ago, one of the gorillas escaped and went out to the street where it sat quietly at a bus stop. He was returned without incident.

Get ready for Old Home Day, the second weekend of August! I’ll be there, enjoying the fire trucks, the homemade floats, the costumes, the maple milkshakes and the homemade fries. It’s the big fundraiser for the volunteer fire department. I love Dunk The Dope (throw a softball through the bullseye and a teenage volunteer gets dunked in a large vat of water) and Win A Cake; place a quarter a number between 1 and 36, the wheel is spun; the winner gets to choose a homemade cake.

I stopped by the Old Moravian Cemetery last weekend. Many of the “residents” lived into their 80s. Most of the rest either died very young of disease, in childbirth or in fire. I have I included a few photos below.

Next month, I will mow the upper fields, finish up the survey of property lines, make jam, and spend a little time on the motorcycle. And, of course, do lots grilling and barbecue. Three of the recipes from the July/August issue are on my list: The Armenian Pork BBQ, the Bolivian cornbread and the Taiwanese Grilled Corn.

Check out the month’s photos below. 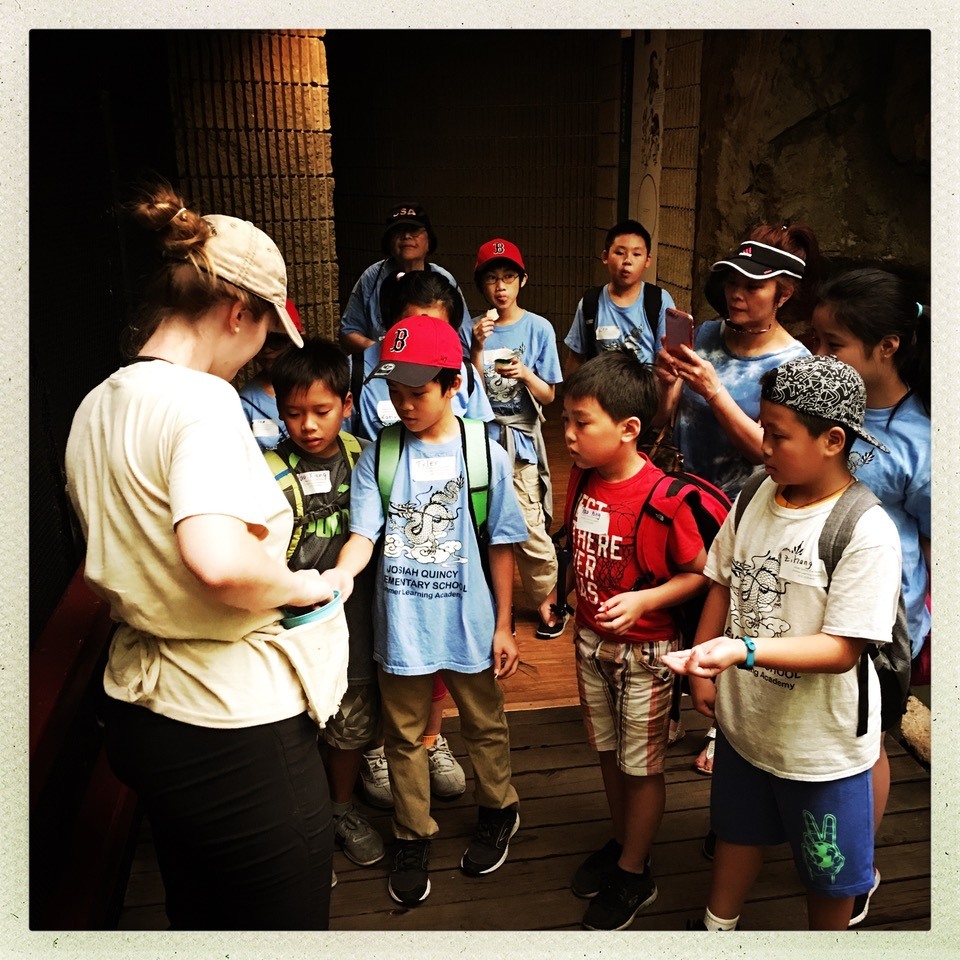 Daughter Emily showing off the mini Toucan to visitors. 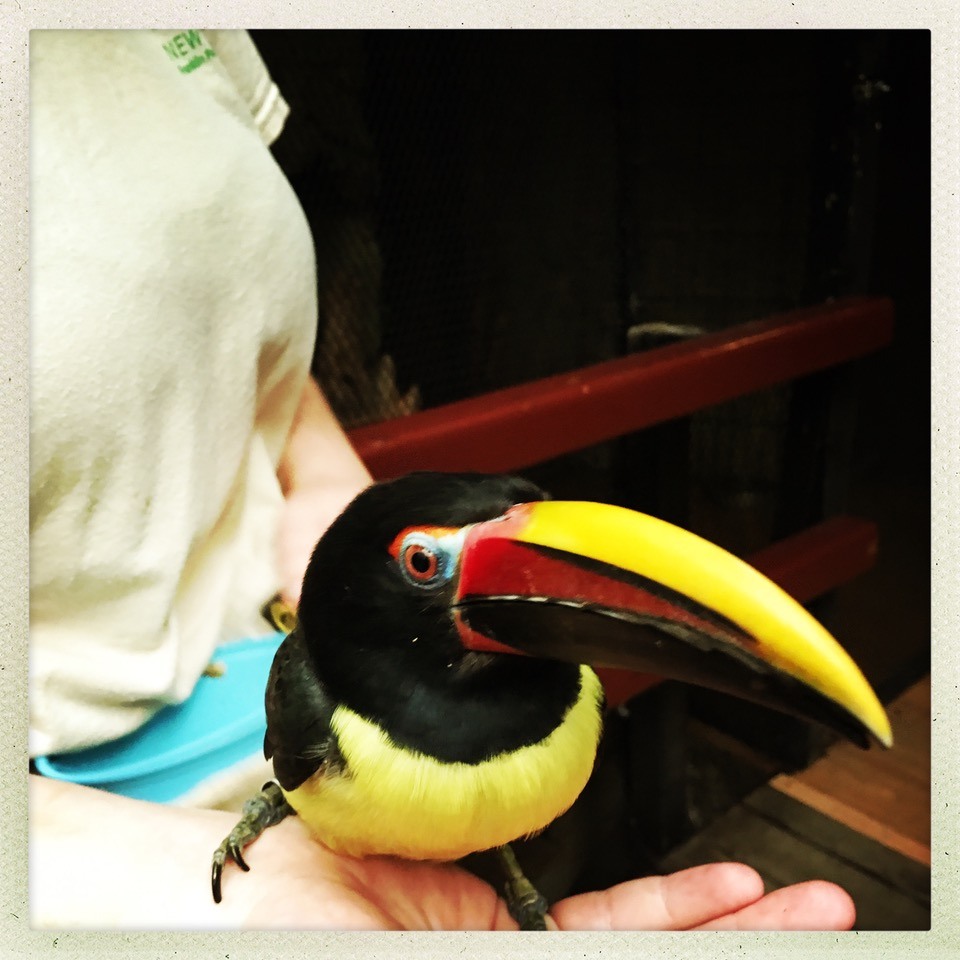 The Toucan loves to stick its head up Emily's sleeve and bury its head. 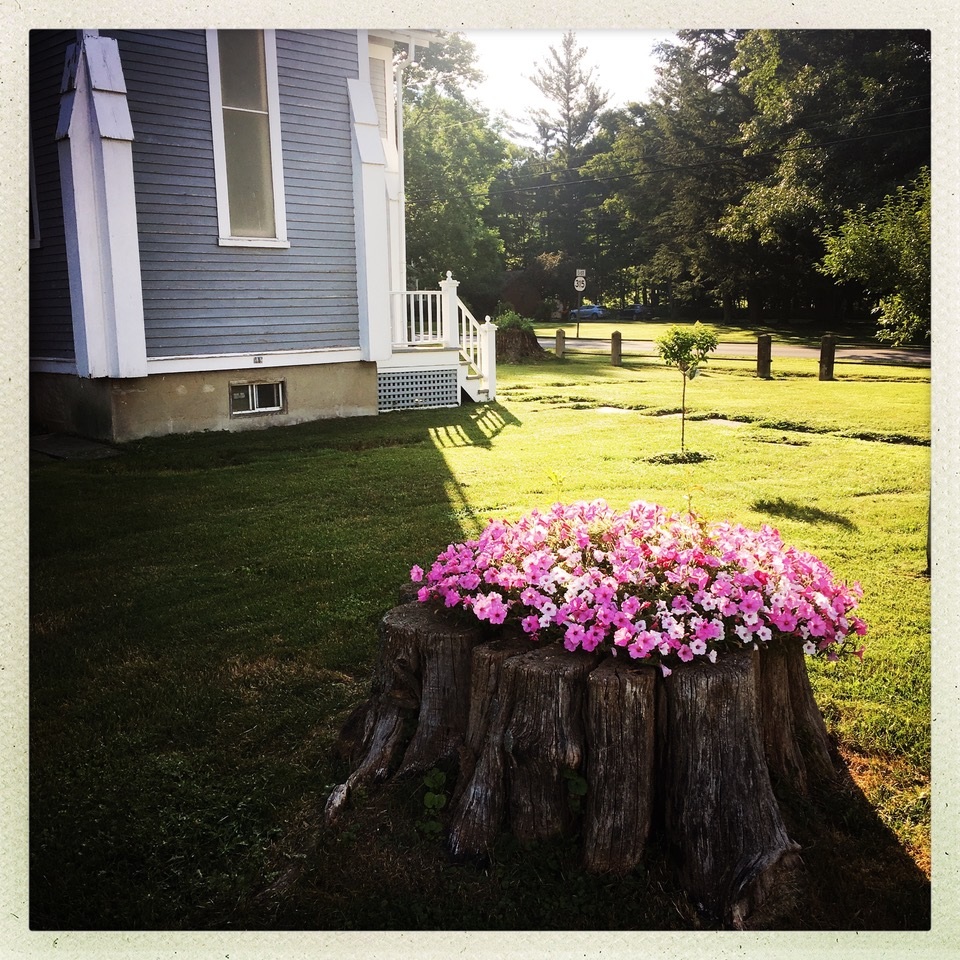 The Congregational Church in our small Vermont town. 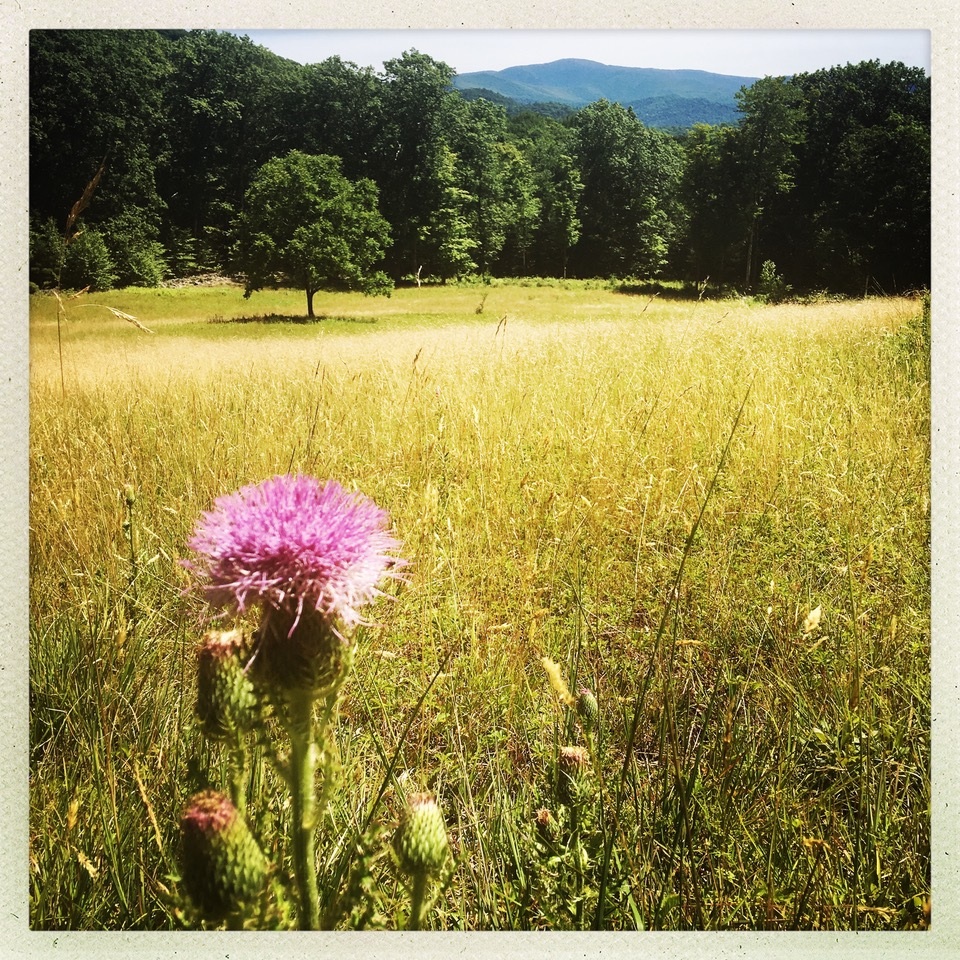 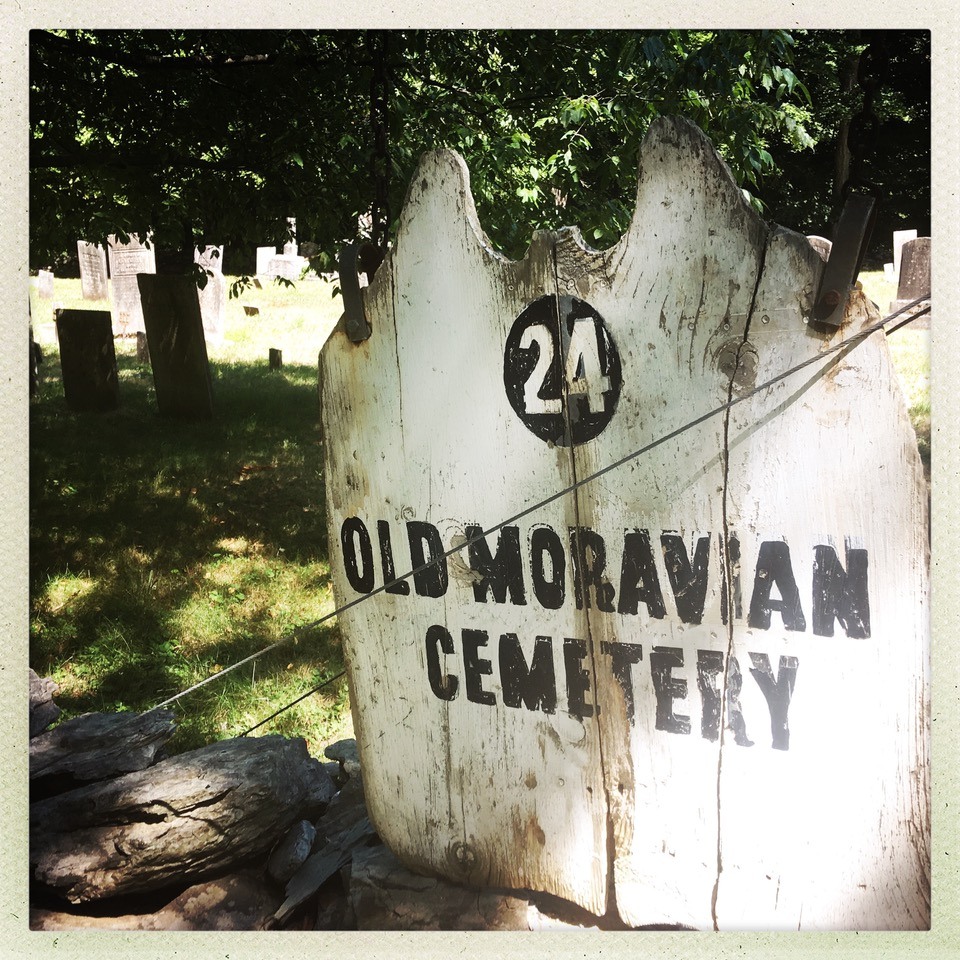 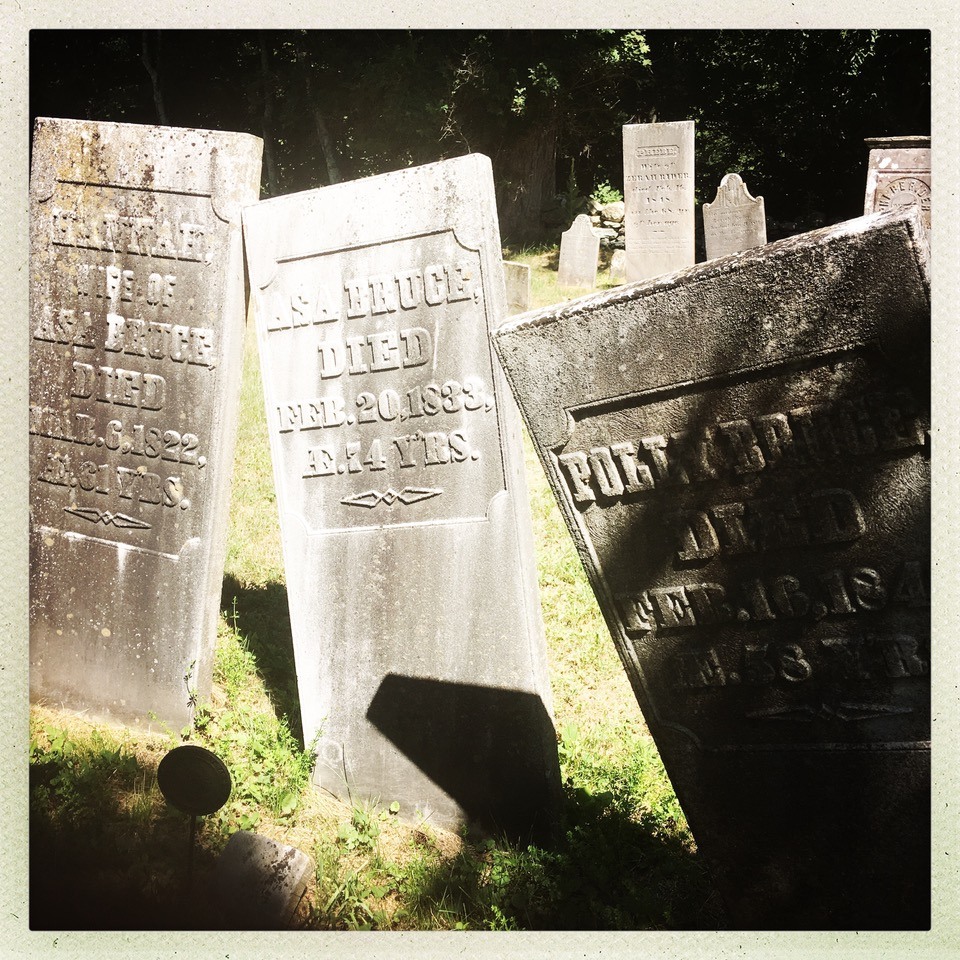 Many of the headstones are not upstanding but that is part of the charm. 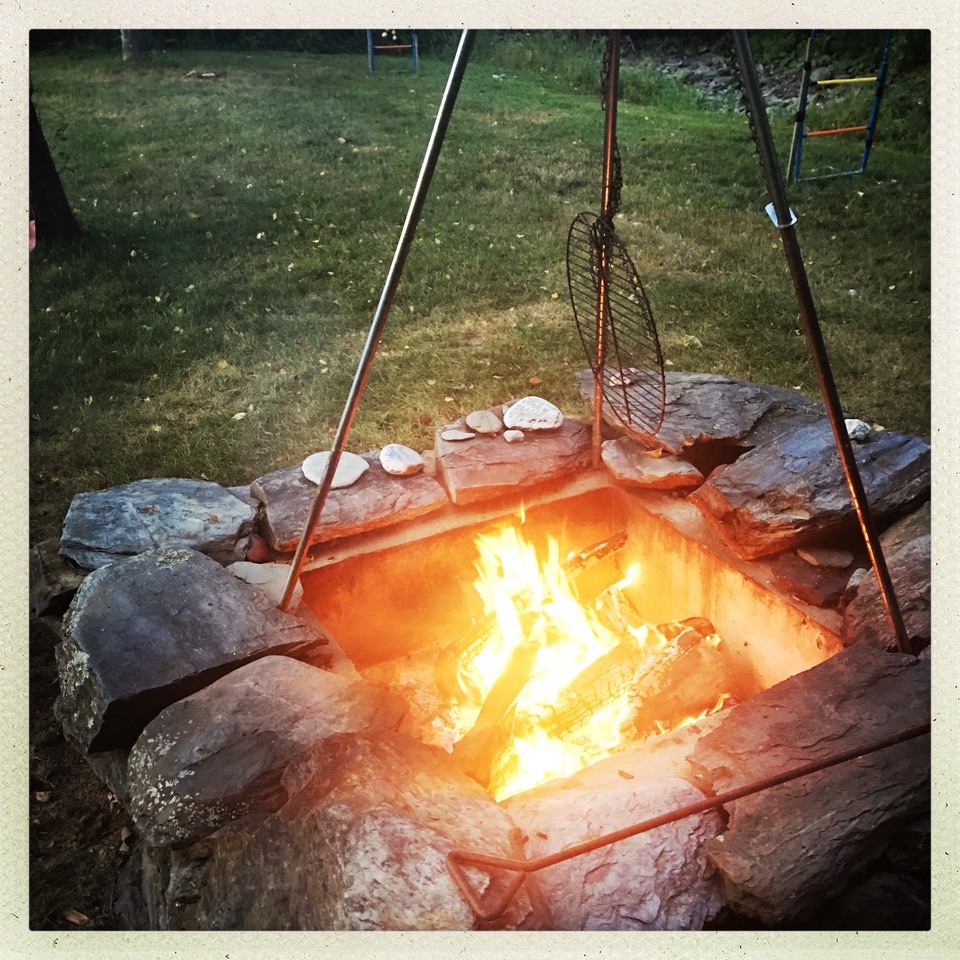 Nothing better than sitting by a cook fire on a summer's night. 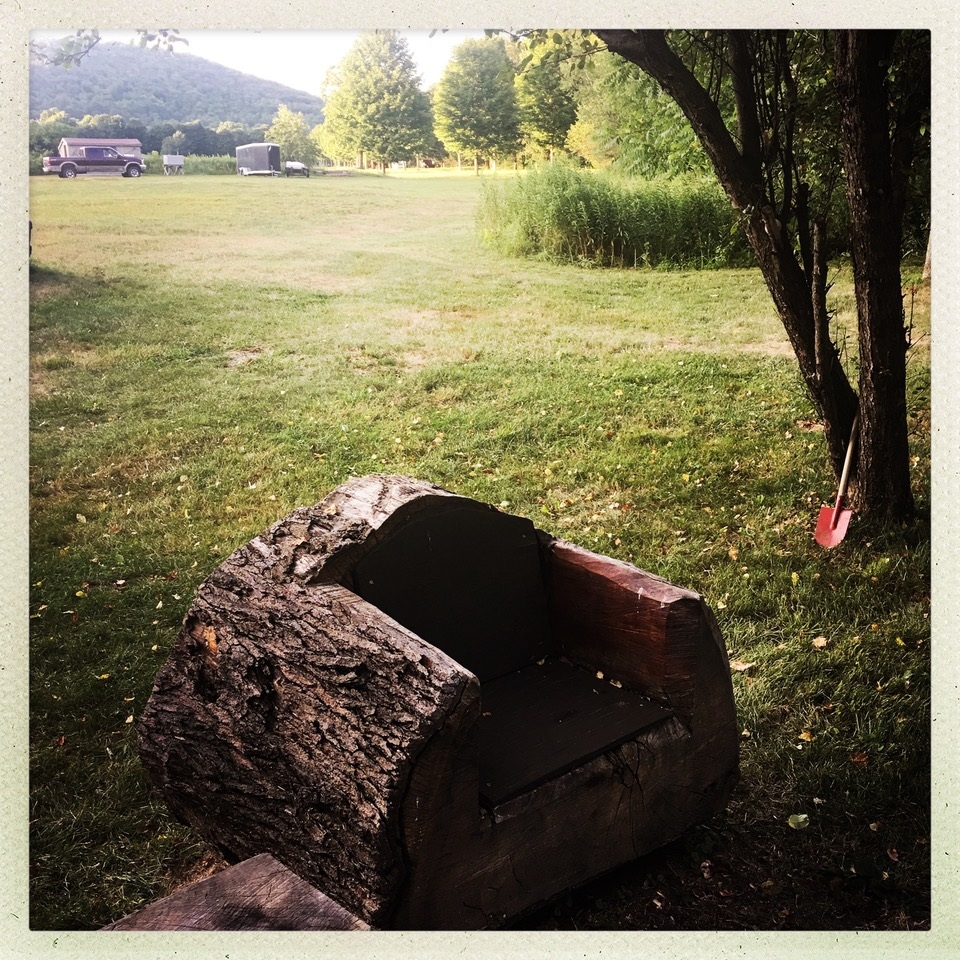 A unique chair—Nate. Tom's son, carved it for him with a chainsaw.