Sonoko Sakai told me that when she was growing up, she was served chicken curry twice a month at school. And it was one of her favorite meals.

Since then, Japanese curry has become so mainstream in Japanese cuisine that it’s been incorporated into other dishes—from curry udon to curry-filled savory donuts and fried cutlets sauced with curry.

Sakai, author of “Japanese Home Cooking,” explained that the recipe dates back to the Meiji Restoration in the late 19th century, when Japan was opening up to the West. Introduced by the British to the Japanese navy, it became standard navy fare.

But curry in Japan has little to do with Indian curry (which, of course, exists in endless variations). In India, curry starts with whole and ground spices that are bloomed in ghee or oil, and this rich blend of individual seasonings produces a highly sophisticated flavor profile. No thickeners are used, except sometimes the spices themselves, or some nuts or seeds.

Japanese curry, on the other hand, is based on a roux and is, in essence, a stew with a sauce. To make Japanese curry at home, cooks would purchase a box of curry “bricks” (a blend of spices and roux solidified into a firm cake) and simply dissolve them in a pot of water-simmered vegetables and meat. Japanese curry is even now sold ready to heat in pouches and in varying degrees of sweetness and spiciness.

Sakai’s fond memories of curry led her to a compromise—a from-scratch version, but one that retains the charm of convenience. Her solution was to make her own curry bricks by combining butter or oil, flour and curry powder. The curry powder itself is a laundry list of ingredients including dried shiitakes, mustard seed, coriander, fennel, cumin, ground ginger, turmeric, sweet paprika, pepper, cloves and cinnamon. Making a brick simplifies the recipe for weeknight cooking. Or one could do as we did and simply mix a large batch of Sakai’s Japanese curry powder and keep it on hand. 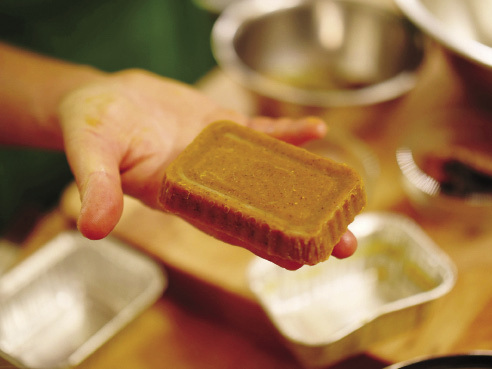 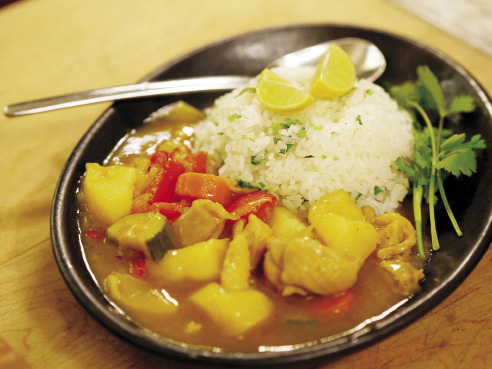 When I visited Sakai at her home in the up-and-­coming Highland Park neighborhood in northeast Los Angeles, we cooked up a storm of milk bread and homemade udon noodles, as well as her signature chicken curry, which is based on a potato-carrot curry popular in Japan. Her house is perched on a hillside and her backyard is a series of terraced gardens with a fabulous array of fruit and vegetables, including yuzu—a Japanese fruit that has a rich, complex citrusy flavor, a beguiling combination of lime, lemon and grapefruit. (It makes fabulous marmalade.) The kitchen window overlooks a small terrace and makes for a bright, sunlit room punctuated with small decorations—an ear of richly colored corn, a vegetable brush, a miniature bouquet—plus a more practical hanging display of odd-shaped strainers, ladles, pots and pans.

The curry is a quick recipe, and if you do not have a flavor brick, the butter and flour are added early on to the onion-chicken mixture, as you would with a classic stew recipe, the flour and fat thickening the sauce. Mirin and soy sauce make this a decidedly Japanese dish, at least in terms of flavor profile.

Japanese curry is a great example of a cultural recipe swap, nothing like the original. But adapted to its new homeland, it is popular for different but equally respectable reasons. And a premade spiced roux is a kitchen trick that is worth its weight in culinary gold. 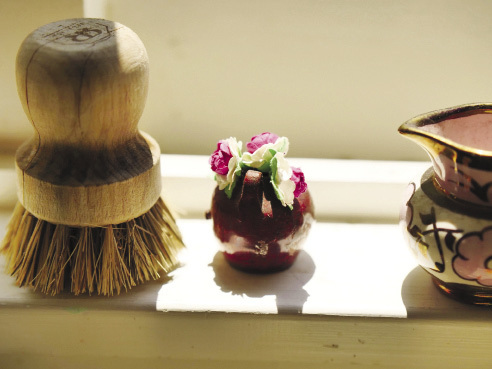 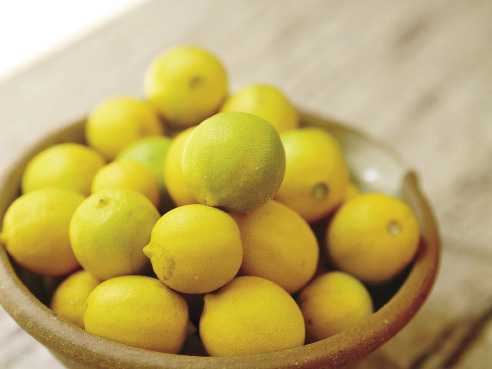