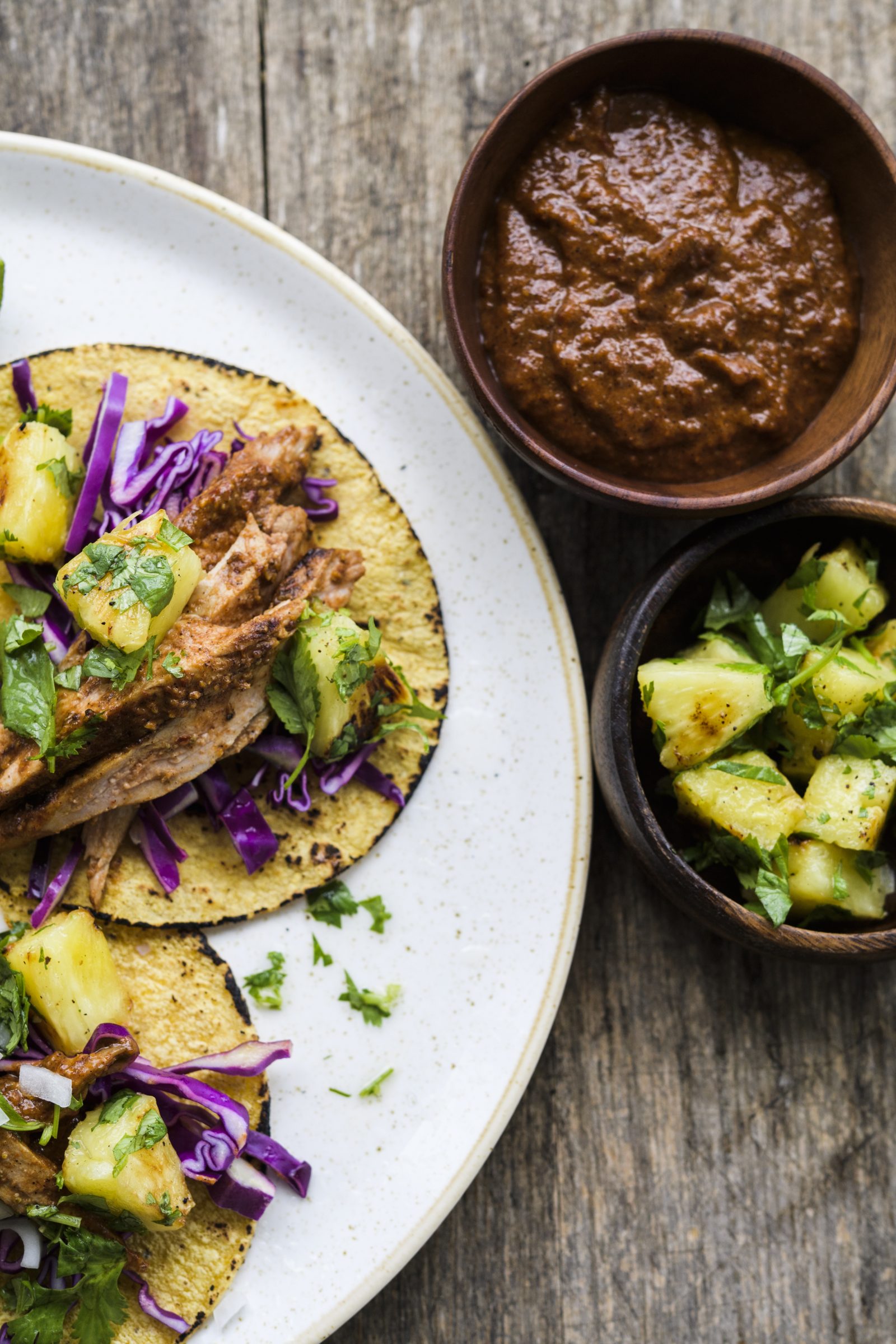 Lebanese immigrants introduced spit-roasted meats known as shawarma to Mexico in the 19th century, and eventually tacos al pastor came to be. The dish consists of chili-seasoned spit-roasted pork shaved into thin slices and served in corn tortillas along with chopped pineapple, onion and cilantro. For our simplified version, we use pork tenderloin that has been pounded, briefly marinated and grilled. Chopped grilled pineapple tossed with fresh cilantro completes the tacos, along with a sprinkle of chopped white onion and, if desired, shredded red cabbage. To help simplify prep, purchase an already peeled and cored pineapple. The four chipotle chilies in this recipe yield medium-hot spiciness; if you like, reduce the heat by using only two or three. Leftover pork does not keep well because the raw pineapple will break down the meat. If you don't plan to serve all of the pork, set some aside before adding the sauce at the end.

I found the sauce to be too salty. I wished I had added to teaspoons of salt and then adjusted for taste.

I made this per the recipe and it was good but I'm going to try it again but substitute the pineapple with mango and I may have to increase the lime juice a bit to make up the acidity. Anyone tried this with mango? I just didn't care for the pineapple so much.

I made this for Cinco de Mayo dinner, along with a side of elote, and pineapple Margaritas (and followed by key lime pie). I was concerned that 4 teaspoons of salt in the sauce would be too much, but it really wasn't. I had to grill it on my countertop grill since it was pouring rain out, but I can only imagine it would be even better cooking outside on the grill. My family can't wait for me to make it again. This will definitely go into regular rotation.