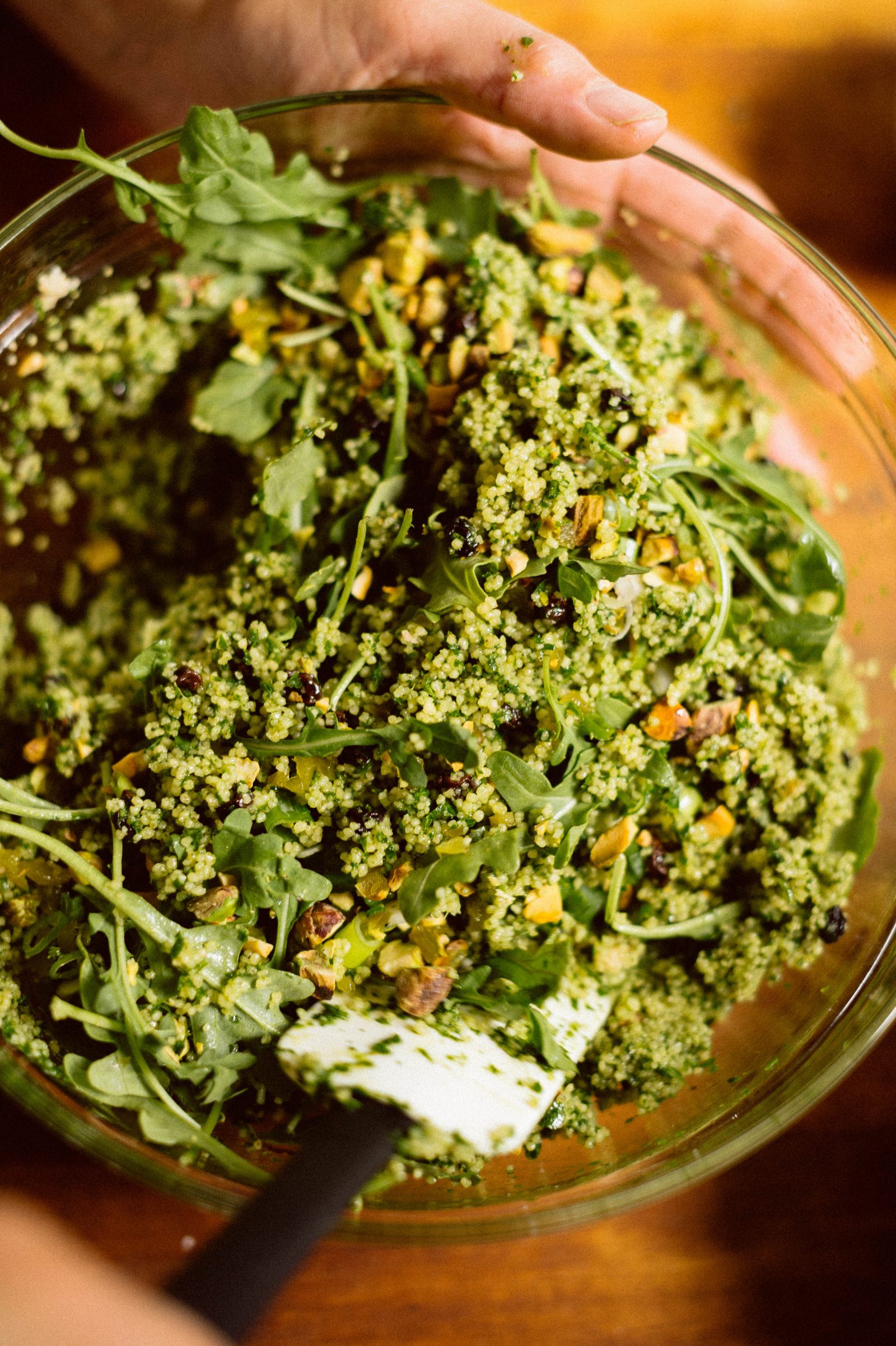 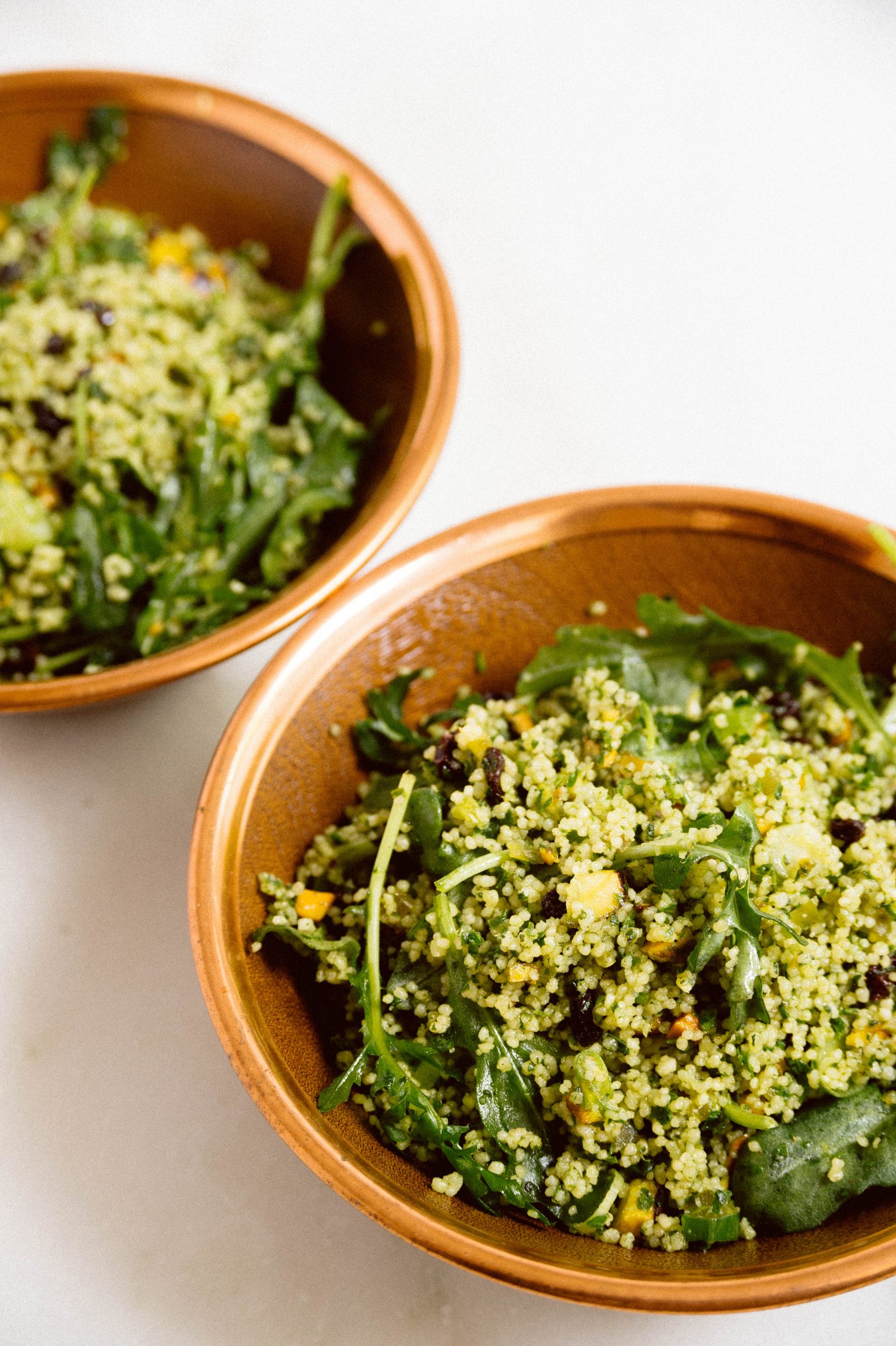 Couscous may be fast and convenient to prepare, but it’s also pretty dull. And the traditional method of infusing it with flavor—steaming it in a special pot over a flavorful liquid—just isn’t happening. We found a better way by undercooking—technically underhydrating—the couscous by preparing it with less water than typically called for. We then combine the couscous with a flavorful paste made from oil and pureed fresh herbs. The “thirsty” couscous absorbs tons of flavor as it finishes hydrating. Inspired by a recipe from Yotam Ottolenghi, we piled on the herbs—2 cups each of cilantro and flat-leaf parsley plus another 2 cups of arugula. We also added currants as we doused the couscous with boiling water, giving them time to plump. Jalapeños brought a spicy kick; we used pickled peppers, which have more consistent heat and contributed welcome piquancy. Toasted pistachios and thinly sliced scallions added a finishing crunch. The couscous pairs well with most any meat, though it is particularly good with salmon. Don’t want to dirty the food processor? We also tried the herbs finely chopped and found that it worked nicely. Fresh jalapenos vary wildly in heat, so we opted for the consistency of pickled jalapenos, which also allowed us to use the brine for seasoning and acidity.

Don’t use pearl couscous (also known as Israeli couscous or ptitim). The larger “grains” won’t hydrate sufficiently in this recipe and also cook up with a different appearance and texture.

I tried this with a few subs for what I had on hand and it turned out well. Instead of currants, I used dried apricots. I only had pearl couscous so I cooked it with a bit more water, heat on low, and then cooled it for a bit once it was ready before adding the cilantro parsley mixture. It turned out light and fresh and delicious and I would like to try it with the original recipe too.

Sooooooo good! I followed the recipe except used dried cranberries instead of currants as that's what I had on hand. I served with the moroccan chicken skewers (https://www.177milkstreet.com/recipes/moroccan-chicken-skewers-cookish) and the family loved it! A total keeper.

This was BEYOND good!! Will definitely make this again!