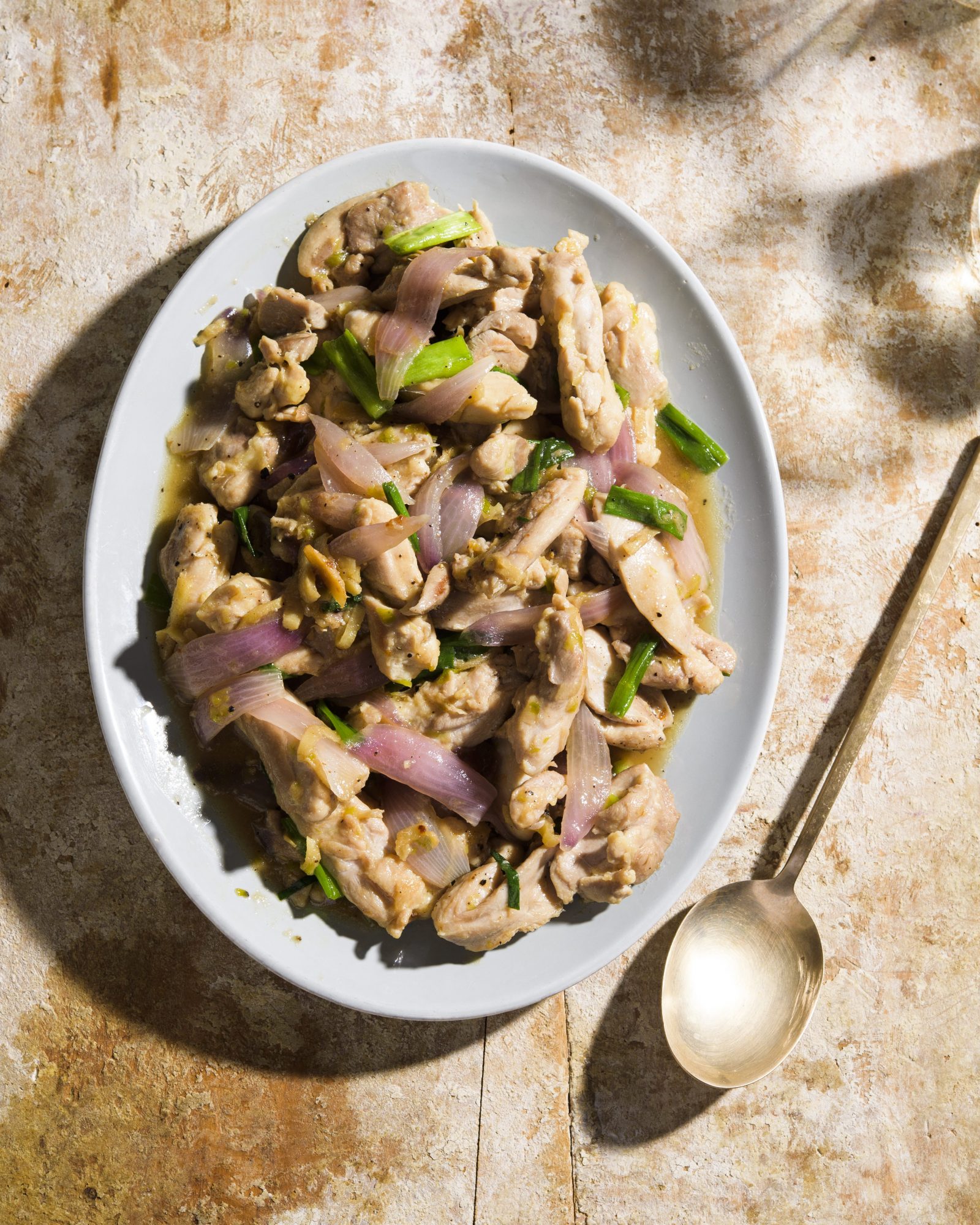 This is our rendition of the Khmer stir-fry known as mouan cha k’nyei (English spellings vary) in which fresh ginger figures as prominently as the chicken. Cut into matchsticks and stir-fried until it begins to brown, the ginger mellows, and its raw, sharp sting gives way to a subtle pepperiness and sweet, floral notes. A combination of fish sauce and oyster sauce lends the dish loads of umami, while a little sugar balances the saltiness with sweetness. Ginger prep is the most difficult aspect of this simple stir-fry; the easiest method is to thinly slice the peeled root crosswise into coins (cutting against the grain this way minimizes the fibrousness), then stack a few slices and cut the pile into matchsticks. Serve with steamed jasmine rice.

Don’t worry if the pieces of ginger aren’t perfectly even in size or shape. But to help ensure they cook through properly, do try to cut the matchsticks no thicker than about ⅛ inch.

Reviews
Ken L.
Simple, Quick, and Satisfying
This provides an extraordinary amount of flavor using a limited number of ingredients. The most time-consuming, but relatively easy, part of the recipe is prepping the ginger. Don&#x27;t let the amount of ginger be a deterrent since it mellows as it cooks. I appreciated the flavors, the large pieces of red onion, and the absence of soy sauce. I&#x27;d definitely make it again for a weeknight meal or dinner party.
Janine W.
Delicious and really easy
This was such a great recipe and very simple to make. I&#x27;ve been wanting to make this for a while and I am so glad that I finally did. Will definitely being making this again.
Become A Subscriber To Rate and Review All Our Recipes.
Please Log in or join today for $1.