One by one, the lobster pots come up empty as our boat bobs through the fjord near Åheim. Fishermen in waterproof gear work in tandem to pull aboard a rope caked with seaweed, restocking each cotton cage with fresh bait before tossing it back into the water. I must be bad luck; the previous week they pulled in a haul worth thousands of dollars.

I’d come to this corner of Norway’s northwest coast to learn the country’s simple approach to seafood—that often the best thing to do is do the least—but I started worrying on this day that with so few fish, that least part was turning out to be literal.

Our luck changes at the next line of pots. Norwegian lobsters, smaller than those in the U.S. and similar to Italian langostinos, pile up in a black bucket. One fisherman spots a female with a clutch of forest-green eggs, reason to throw it back. But not before he urges me to try a few of the thousands of crisp pinhead-size dots, briny and tasting of minerals. Only after does he admit he’d never eaten them.

We supplement our catch by fishing off the back of the boat, snagging a few mackerel and a haddock. Kit Monsen, my guide for the week, then returns us to our campsite on a nearby beach, where he seasons much of it with only coarse salt. The lobster and mackerel are grilled quickly, almost carelessly, over a wood fire; the haddock embellished with salt and lime juice for a quick ceviche. The result tastes exactly like seafood should—not merely fresh, but substantial and of the sea.

In Norway, dramatic fjords stretch 120 miles inland, feeding the country with fingers of ocean teeming with deepwater fish and—of particular interest to me—salmon that leap even further upriver. The cuisine evolved around this bounty, here favored fresh while the rest of Scandinavia cures and smokes it. The people became fearless cooks, unafraid of salt, relishing butter.

It’s a lesson in simplicity that repeats along a 10-hour drive from Oslo. One fjord after another, square metal frames of aquaculture farms float at the water’s edge, a reminder that half the world’s salmon comes from Norway. Families buy sides of salmon to cure at home, or just as often bake, sauté or grill. But I find myself fascinated less by how it’s cooked than by how it’s seasoned.

Seafood is salted. Ambitiously so. And usually not much else. The goal is to enhance the flavor of the fish without competing with it. “Don’t be afraid of too much salt with fish,” says Helge Rognås, the head fishmonger at Jacob’s, a gourmet grocer in Oslo. When he bakes it at home, Rognås seasons the fillets with salt and pepper and maybe a little lemon zest, then bakes it for a bare 9 minutes. The sauce? Usually only butter, maybe dill and lemon.

Salmon is prepared in a similarly traditional way at Lanternen, a modern restaurant whose bright dining room gives way to a waterfront patio across the Oslo fjord. Thick fillets are salted and baked for just 7 minutes. The aroma of fresh dill arrives before the plate lands on the table, and the fish is swimming in a pool of clarified butter. “It’s a lot of butter, but that is the way it should be,” says chef Nikolas Paulsson.

Potatoes: To Steam or to Boil? In Norway, simple boiled potatoes are the most common side dish. And we love the starchy contrast to tender, meaty seafood. But too often the potatoes taste of little more than the butter they were bathed in. That’s because many of the flavor molecules in potatoes that produce umami—nucleotides, glutamate and potassium ions—are water soluble and will leach out during boiling.

We suspected steaming—which results in far less contact between the potatoes and the water—was a better choice. And in side-by-side tests, we unanimously favored steamed potatoes for their richer, deeper potato flavor. Steaming also kept the skins intact and cooked the potatoes more quickly.

We tested multiple approaches to steaming. Our preferred method was to arrange the potatoes in an even layer in a steamer basket in a Dutch oven. We found no benefit from adding seasonings to the steaming water; we got better results saving those for dressing the cooked potatoes at the end. Cutting the potatoes into chunks worked better than slices, which overlapped too much to steam evenly.

Big flakes of sea salt scattered over the salmon provide pops of crunch and brine, while cooling strips of lightly pickled cucumber balance the richness. The center is tender and barely cooked, the fish succulent and blushingly pink. But the most interesting part? The meatiness of the salmon. Almost steak-like, yet sacrificing none of its tenderness. Robust, yet fresh.

Back in Monsen’s Oslo apartment, I have a similar experience. He had taken me foraging for mushrooms in the woods earlier that evening, bounding over slippery rocks and tree trunks in search of hedgehogs, black trumpets and frilly chanterelles, all of which he will marry with cream for a simple side.

For the salmon, his plan is a basic sauté. As ever, he seasons it liberally with coarse salt, plus a bit of black pepper, dill and mustard seed. The skillet is loaded with thick hunks of butter, and the salmon cooks over medium heat in less than 10 minutes.

“Oh wow! That’s cooked perfect,” he says, cutting into the fish. “Like a rare steak.” He’s right. The salmon is perfectly cooked, perfectly seasoned and—most notably—perfectly meaty. Without being tough, the texture is so much more substantial—and satisfying—than any I’d had before.

Back at Milk Street, we took to heart the notion of keeping our cooking simple to let the seafood shine. But we wanted to know what was going on. Clearly, even in their simplicity, the Norwegians are doing something different.

Turns out, the answer is in the salt. Copious salt—and giving that salt time to soak into the flesh—does more than merely season. It also changes the nature of the protein. Seafood proteins respond to salt much as they do heat, tightening at the core and bunching together, a process referred to as denaturing. The result is that salted seafood develops a firm texture we typically associate with cooking. With ceviche, for instance, it’s the salt that “cooks” the fish, not the citrus juice.

All of which helps to explain why Norwegians produce such meaty salmon with such minimal cooking. With that understanding, we knew our salmon needed time to absorb the salt before we cooked it. We eventually settled on rubbing kosher salt all over the salmon and letting it rest for about an hour, enough time for it to penetrate the flesh without the fish becoming too salty. A quick rinse before cooking washed away any excess.

After that, the cooking itself was simple. We tried to replicate Monson’s skillet sear but found we got better texture from baking. We also liked the ease of a single 2-pound side of salmon rather than individual fillets. It needed just over 10 minutes in a 350°F oven—followed by a brief rest, during which the salmon finishes with residual heat—to produce salmon that indeed is as good as a rare steak. 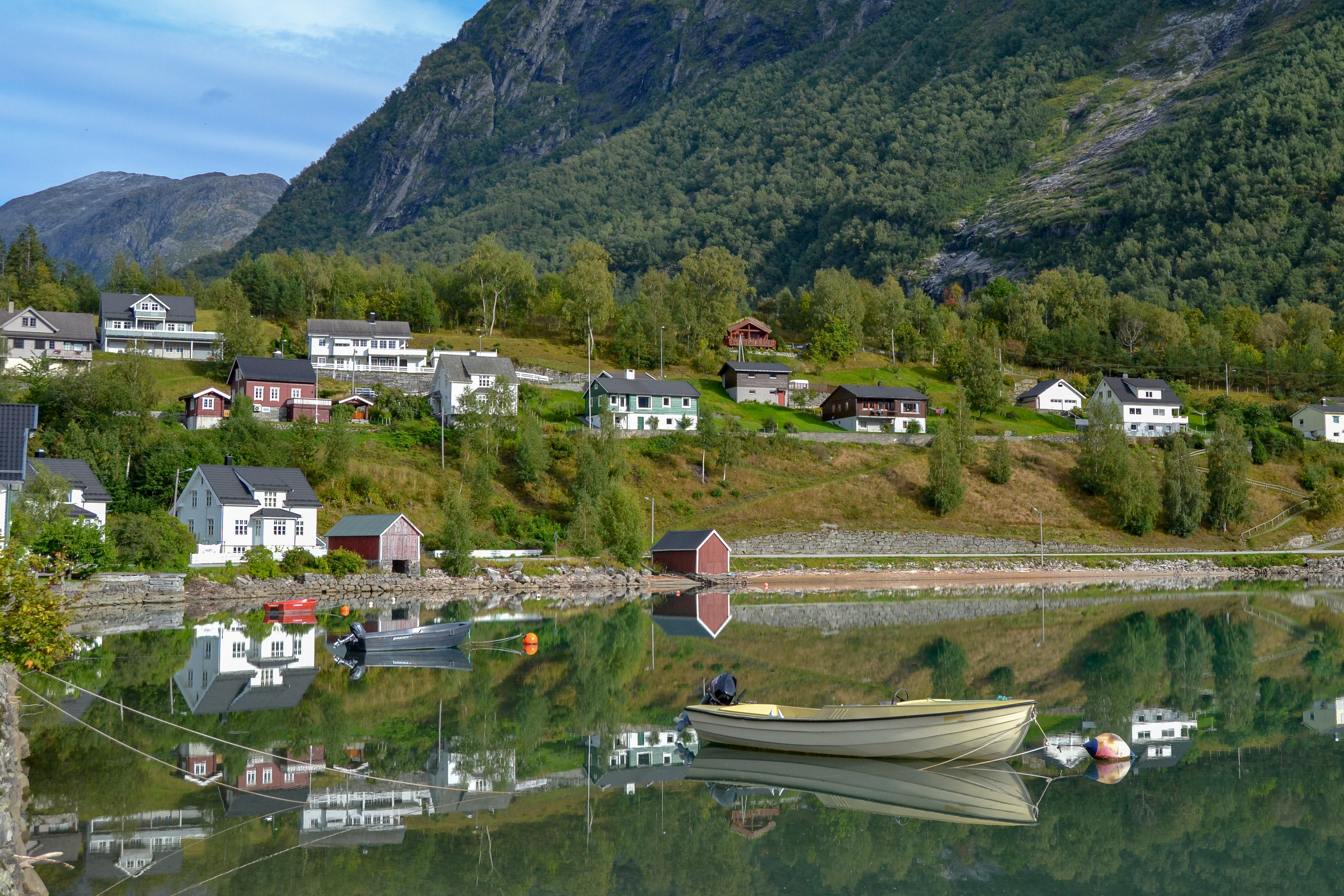 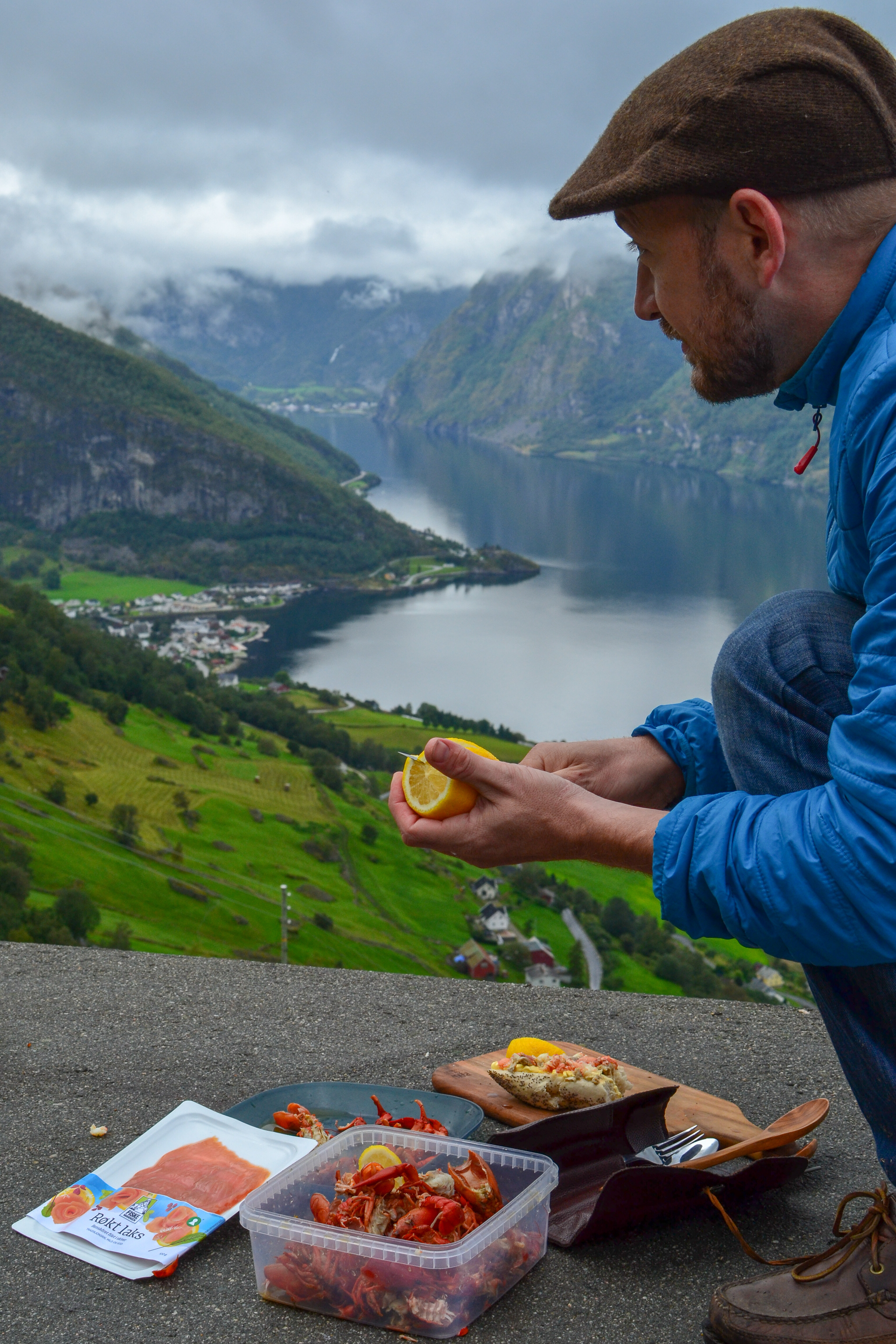 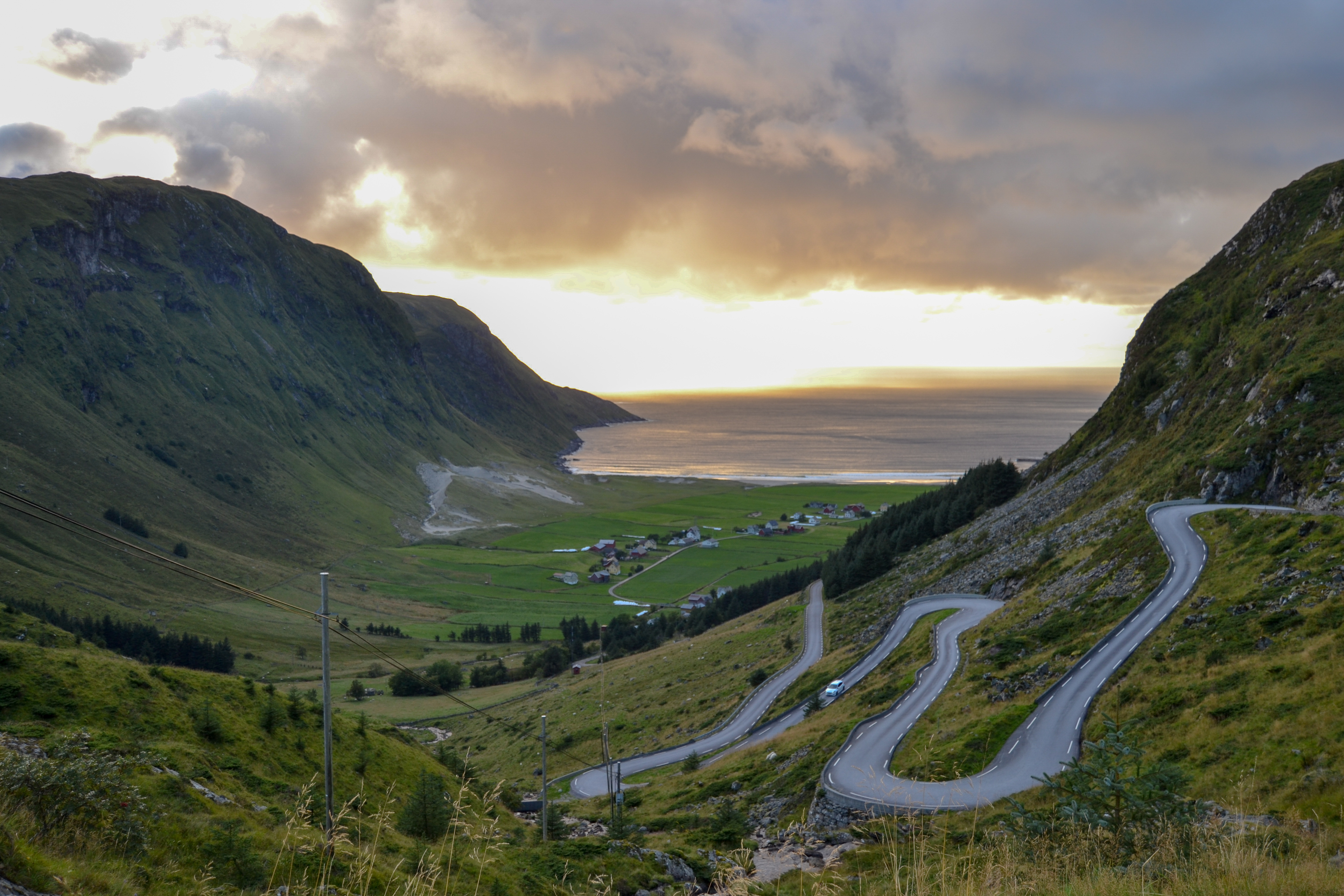 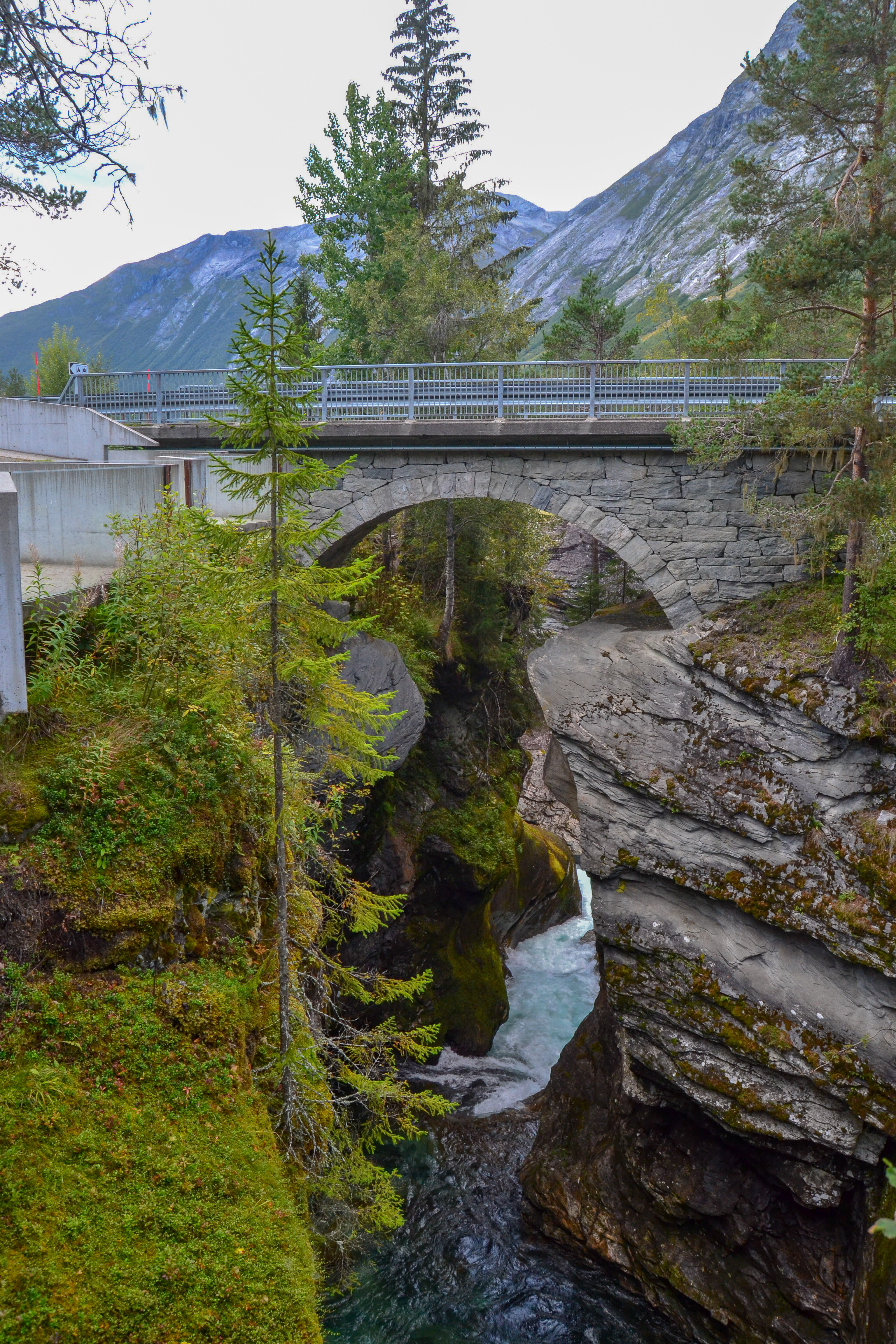 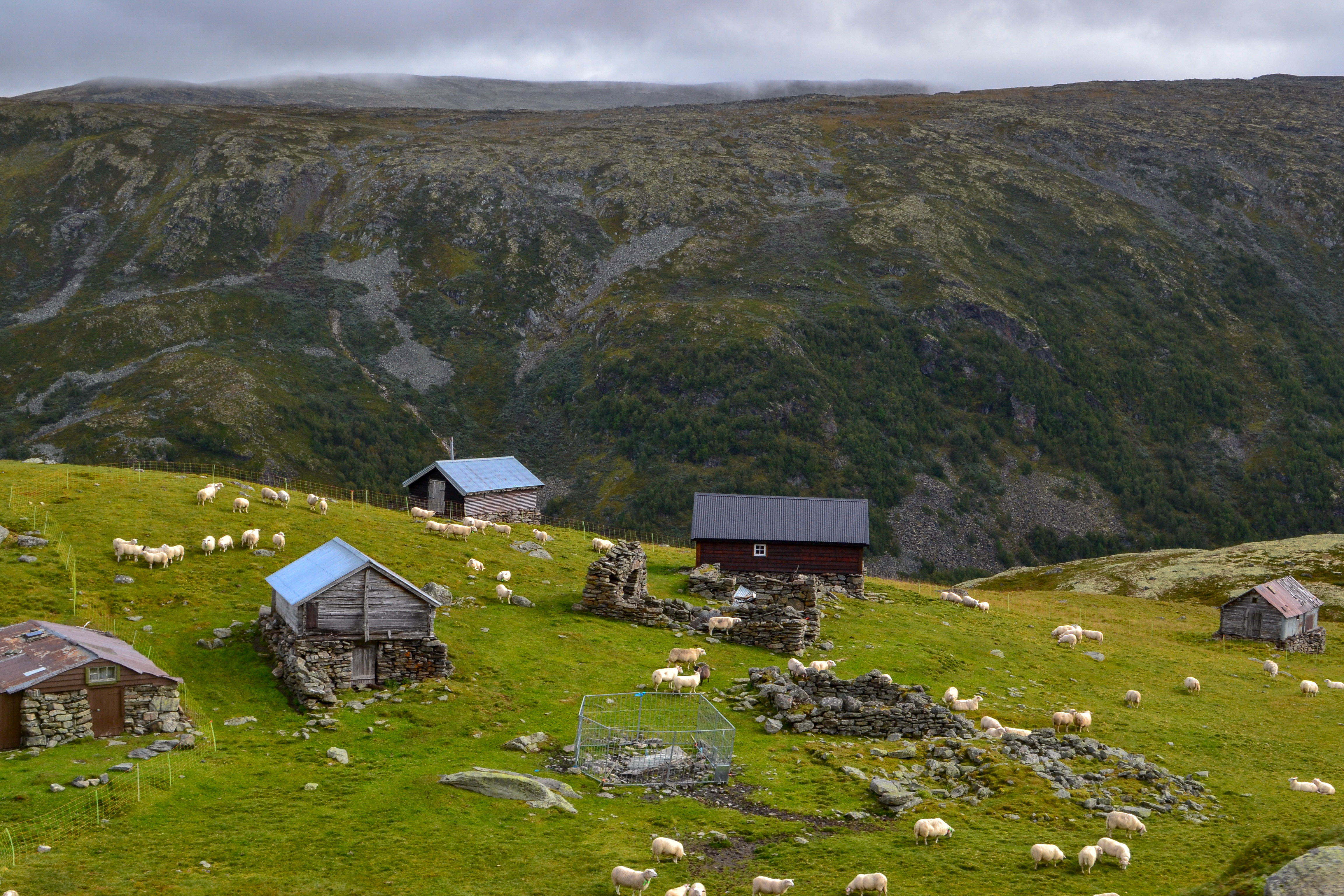