At a distance, the field at the outskirts of Ho Chi Minh City resembles a sea of solar panels, staring by the thousands from a muddy-grassy grid into a blistering sun. Closer, and patterns emerge. Row upon row of iridescent sheets taut over bamboo frames resting against rough-hewn supports, glowing as they reach skyward. Closer still, and you see the imprint of basketwoven fibers through the still-tacky film, irregular and organic.

In Vietnam, this is an endangered art. Rice noodles dried by a week for more than 60 years, the Diêp family has risen at 3 a.m., grandparents smearing a milky slurry of ground white rice and water over innumerable massive bamboo screens, then carting them by scooter to bake in a field that smells of white glue and rice.

By noon, wearing coats to shield themselves from the sun, they hoist the heavy mats into towering stacks and roll them home. Under a covered patio, they rub each elastic sheet with oil before pulling it from its mat and tearing it into 3-foot squares. The squares pile by the hundreds, later to be fed by the men one at a time into decades-old belt-driven slicers that deliver fine, glassy-white threads of noodles into the hands of the women sitting and bagging below.

After the war, the grandfather had the chance to move to the U.S. But not all of his children qualified to join him, so instead he stayed on with the family business. A business today at risk as development encroaches on the field where for generations they have dried their noodles.

Watching it all is mesmerizing. And I’m honored when they sweep the patio of stray strands of noodle and invite me to share their lunch. We sit cross-legged on the floor and with chopsticks pick from communal bowls of stir-fry with broccoli, carrots and beef; pickled cucumbers; tiny hard-cooked eggs with fish sauce and chili peppers; boiled chunks of bitter melon; ample white rice.

Everything is delicious. But most notable is the persistent push-pull between sweet and savory that defines each dish, a careful balance of flavors enhanced by a bit of sugar—in a tug-of-war with the deep salty-umami of fish sauce. The effect is simple and addictive.

That contrast turns out to be a defining characteristic of Vietnamese cuisine, one I’d encounter repeatedly as I ate my way across Ho Chi Minh City. In fact, it’s a flavor combination so revered, there’s an entire family of recipes that bathe meat and fish in a sizzling sweet-and-savory lacquer of caramel. And I was smitten with how easily those recipes pull such deep, rich flavors from a handful of simple ingredients.

For a lesson in caramel sauce cooking, I turned to Peter Franklin, owner of Ănăn Saigon, a cutting-edge restaurant where traditional Vietnamese cooking is respected, but also updated. In his sleek, open kitchen hidden within the chaos of the Tôn Thất Đạm street market, Franklin walks me through the basics, which are both more and less intuitive than I expected.

“Western cooking is what I call ‘salt management.’ Southeast Asian cooking is much more complex,”

says Franklin, who was adopted from Vietnam in the ’70s and grew up in the U.S., but returned after a career in business and culinary school abroad. “You need to know how to balance the sweet and sour and salty and savory, and even bitter."

He makes his point at the stove, where in a small skillet he heats ¼ cup white sugar—favored for its clean flavor that enhances rather than competes with other ingredients—and a splash of water. The mixture quickly darkens to a rich, not-quite-burnt caramel. Most cooks don’t darken it enough, he says, creating more of a simple sugar water than the rich, barely bitter caramel the recipe needs.

To it, he adds savory-salty fish sauce—a flavoring played on loop in Vietnam—as well as lime juice and finely minced lemon grass. I taste a spoonful and the combination explodes in my mouth. Sweet. Sour. Bitter. Savory. Herbal. Citrus. Into this, he adds a hefty strip of fatty pork belly, basting it thickly before popping it under the broiler for just a few minutes.

It’s obvious why this pork—thịt kho tộ—is iconic. The flavor is sweet and rich, balanced by the bitter caramel, brightened by lime juice and lemon grass. Best yet—its sauce is so versatile. Vietnamese cooks happily prepare all manner of proteins in this sauce, sometimes heightening the flavor with fresh ginger and chilies. Chicken, white fish, salmon, shrimp, all taste amazing.

Back at Milk Street, this was an easy recipe to adapt. We stuck by Franklin’s skillet method and most of his ingredients. We’d seen several cooks use coconut water instead of regular to make the caramel, a subtle swap we liked, but that hardly is essential. We also favored the addition of the ginger and chilies, which further lightened and brightened the sauce.

In Vietnam, lemon grass is fresh, tender and vibrant, which allowed Franklin to mince it and add it directly to the sauce. In the U.S., it tends to be drier and tougher, though still flavorful. We found it best to bruise it, simmer it in the sauce, then discard it. This allowed it to flavor the caramel without leaving fibrous bits behind.

At Franklin’s suggestion, we tested our sauce with multiple proteins. Chicken thighs, pork tenderloin and salmon were our favorites. And all were sturdy enough to be cooked directly in the sauce in the skillet, making this a one-pan, weeknight-friendly meal that boasts flavors far more complex than the ingredients and effort suggest. Even without sun-dried noodles. 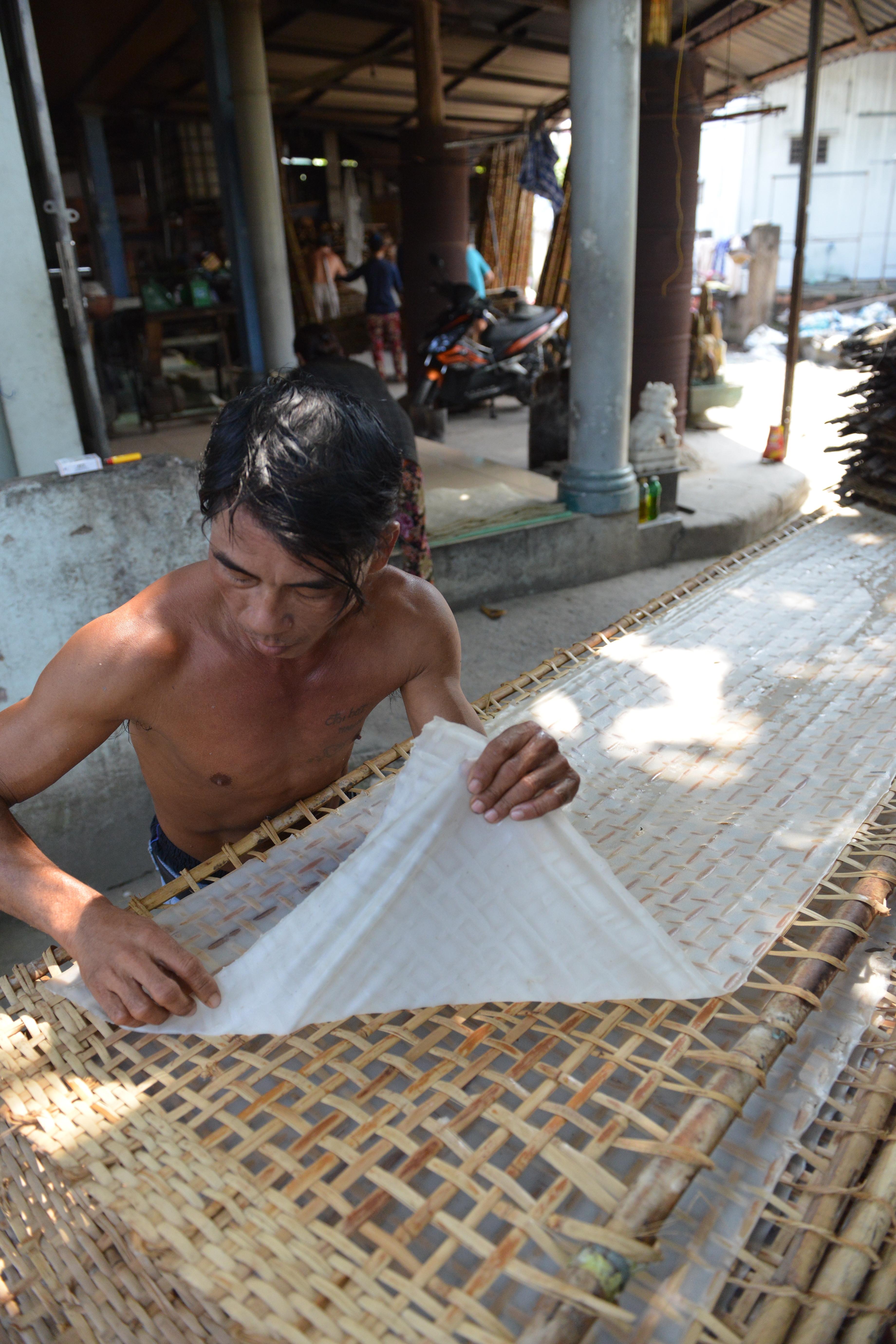 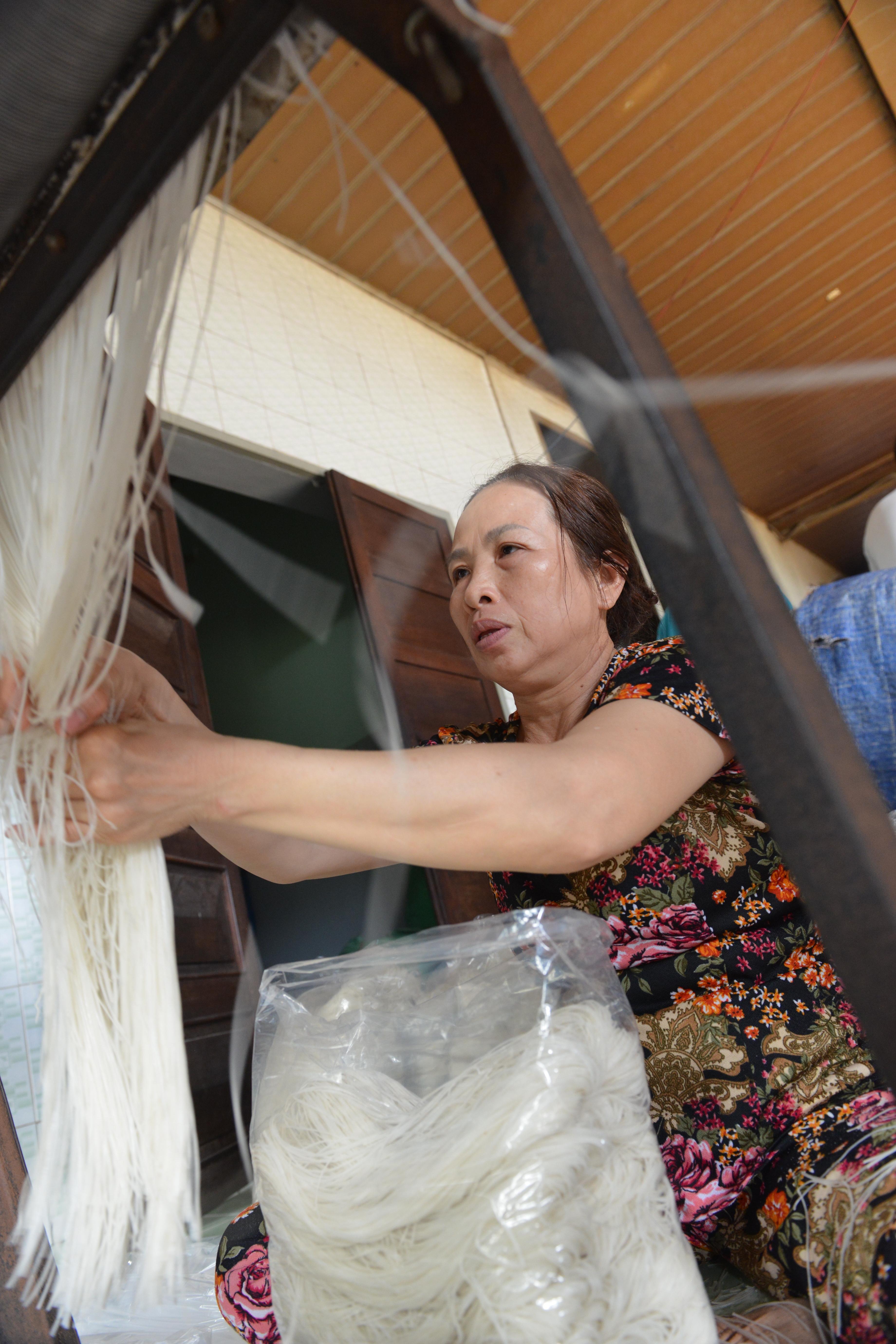 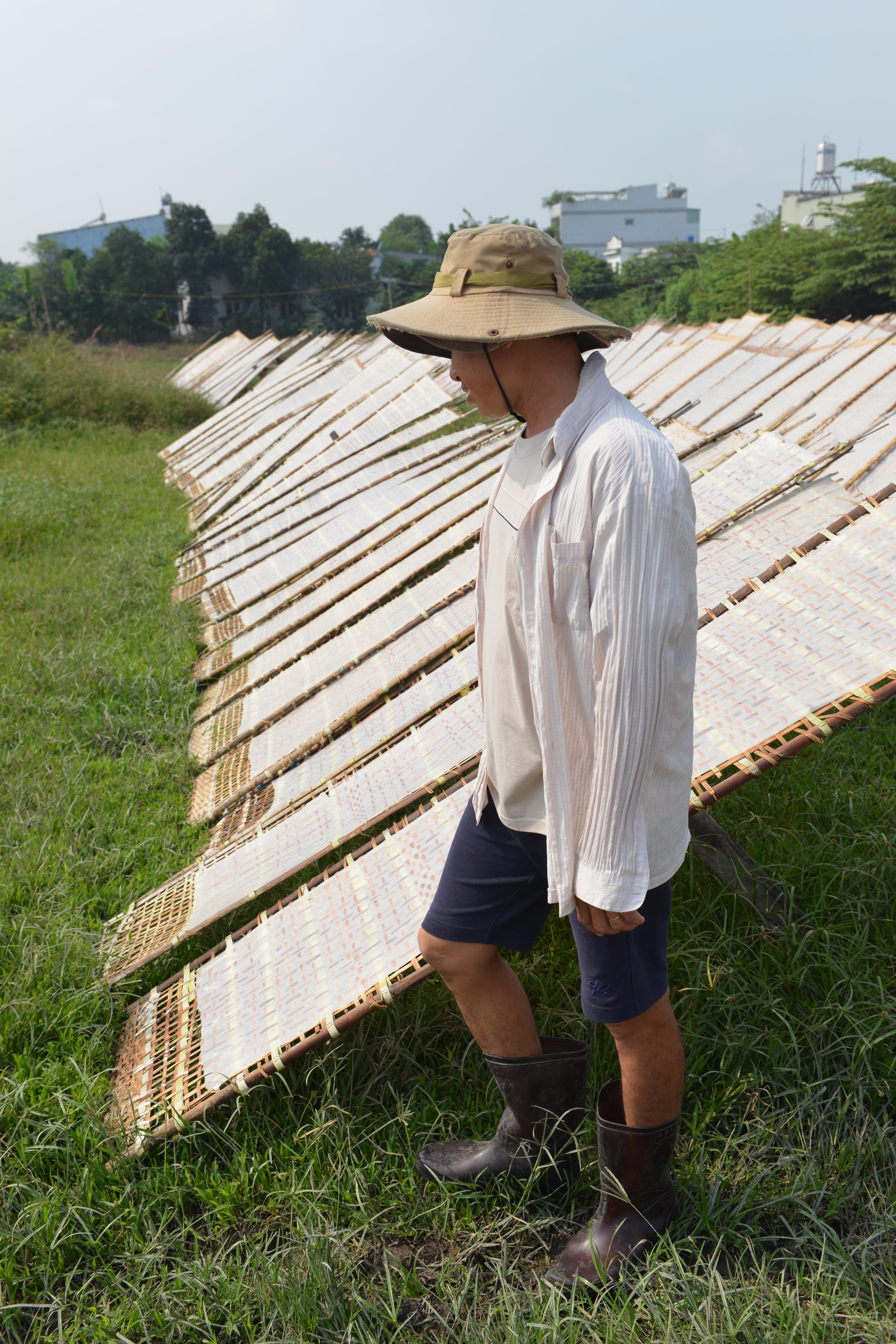 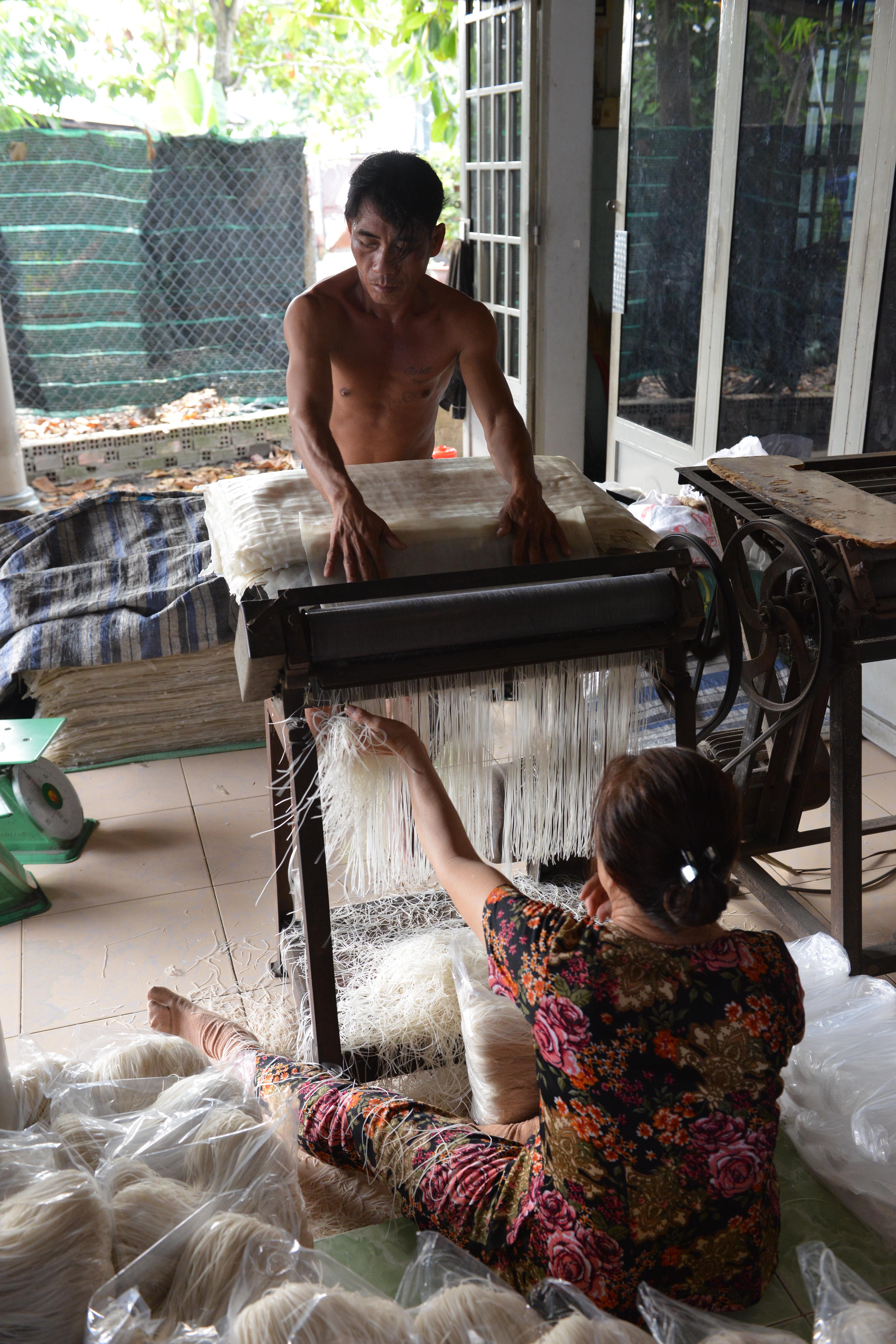 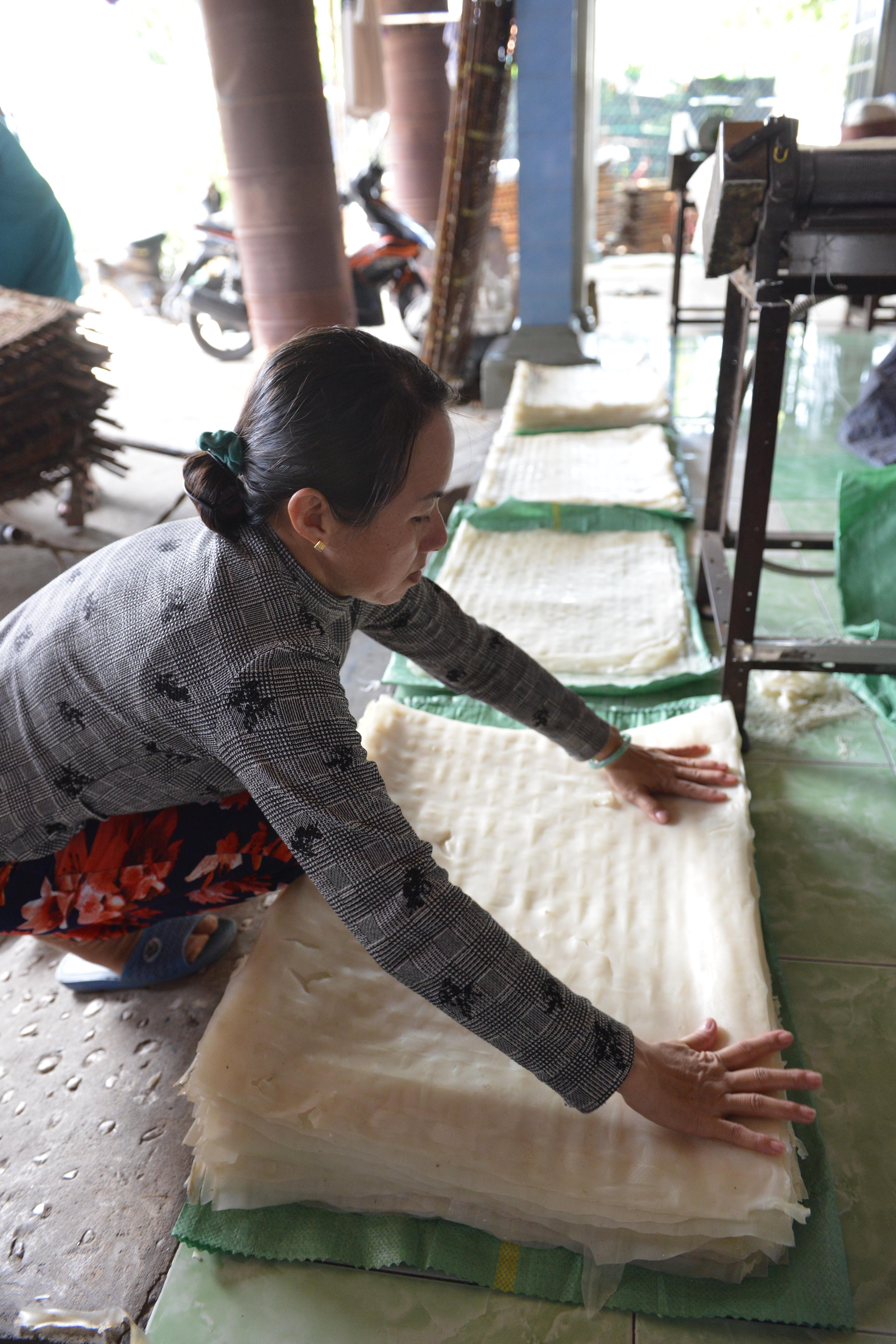