That image, standing knee-deep in water eating a slice of pie out of hand, stuck with me. I begged them to take me along.

I was standing on the beach at Yelapa, a small town just south of Puerto Vallarta on the Pacific Coast of Mexico that is only accessible by boat. I was there to eat pie.

“My name is Gustavo Lorenzo Garcia, and I am proud to be selling the pies of my mother, Augustina Garcia Lorenzo.”

Months before, at the home of Javier Cabral and Paola Briseño-González, I was getting a lesson in cooking the dish carne en su jugo (or “meat in its own juices”), when Briseño-González told me about their wedding in Puerto Vallarta. She had ordered pies from Yelapa, which had to be shipped in by boat. The pies were made by Augustina Garcia Lorenzo, the slices sold to tourists on the beach by her son, Gustavo. That image, standing knee-deep in water eating a slice of pie out of hand, stuck with me. I begged them to take me along on their next trip.

A few months later, I was on an afternoon flight to Puerto Vallarta. The first stop was a beachfront restaurant where I had aguachile negro, shrimp served in a dark sauce of charred chilies, Worcestershire sauce and lime juice. Then we moved on to La Mucca, a taquería that serves Puerto Vallarta-style tacos called arrieros: large blue tortillas stuffed with beans, cheese and asada. The tacos are eaten outside, standing on the sidewalk, far away from the big hotels and partying tourists.

Two days later, we drove down the coast to a small bay where water taxis ferry propane tanks, construction materials and tourists to destinations down the coast. We jumped into a boat, squeezed in next to four 10-­gallon containers of gasoline, and headed off in a shower of sea spray toward Yelapa. A half hour later, we rounded the headland and motored slowly toward a concrete jetty.

Yelapa, Mexico, is accessible only by boat. Here, Gustavo Lorenzo Garcia roams the beach selling pies made by his mother, Augustina. 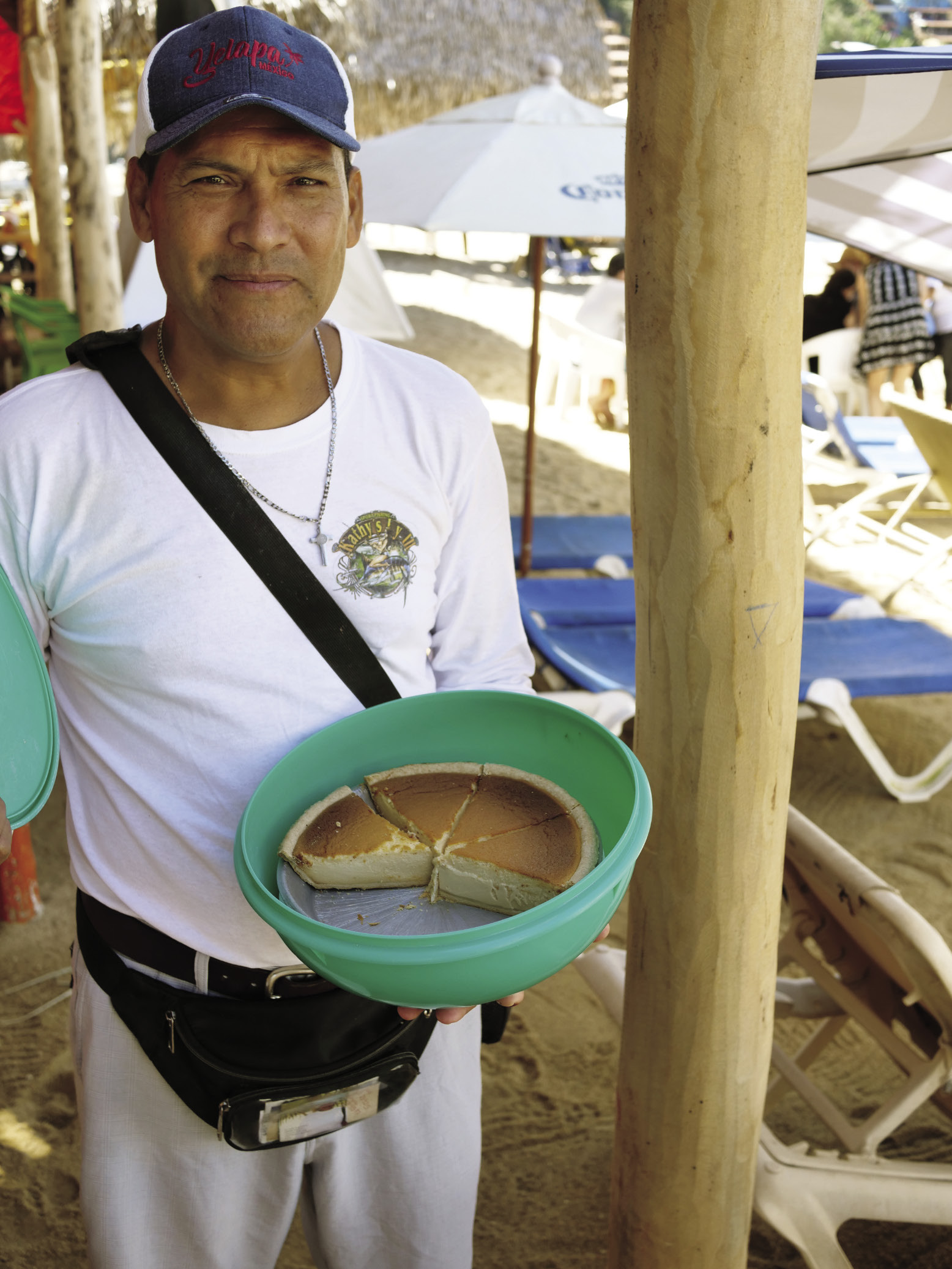 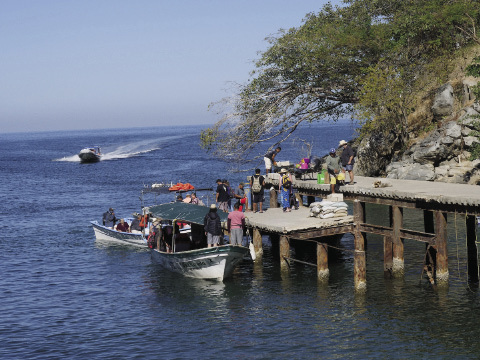 The town of Yelapa is small—fewer than 2,000 people—and it was without electricity until 20 years ago, with just one communal telephone. Today, however, tourists find two hotels, a waterfall, a couple of beach bars, rows of umbrellas and a sprinkling of one-story homes built on the side of a hill. But those tourists rarely walk a quarter-mile inland to the real Yelapa, which sits on a wide, shallow river connected by a suspension bridge.

Our guide is Lupita Lorenzo Cruz, who, after 10 years working on cruise ships, decided to come home to serve as a teacher in the local kindergarten. She walks us past the local recycling center, half-built foundations, a sleepy cow or two, goats eager for a head scratch, a small enclosure used for the annual rodeo and then the town itself, which is about two houses deep on either side of the river.

A gaggle of kids crowd around a roadside table to purchase hielito, frozen tamarind slushies made by Francisca Rodriguez, who lives nearby. I hitch a ride on the back of a four-wheeler, we cross the shallow riverbed and end up at a ragtag horse stable, then the beach where I meet Gustavo selling his mother’s pies. In a white T-shirt and a blue Yelapa cap, Gustavo is selling slices of cheese pies today, held in a green plastic container. He is engaging and professional, approaching one family of tourists over lunch, saying, “You may have heard of my mother, the famous baker Augustina Garcia Lorenzo, and I am proud to be selling her pies.” He sells two slices, wraps them in foil, then patrols the rows of beach chairs and umbrellas, looking for his next customer. He soon runs out.

We end up at Augustina’s house, up from the rocky cove, the soundtrack of waves crashing against the boulders. Inside, the house is dark blue and silent, but most of the living is done on the covered porch with a long dining table and a broad view of the bay. Lunch is served, starting with an old-school ceviche made by first scraping the flesh from fish fillets with a fork, marinating it in lime, then squeezing the juices out of the fish by hand until dry. Carne deshebrada is next—shredded beef on tostadas with diced potatoes and tomatoes. Barley water is the drink of choice, made with ground barley, nutmeg, evaporated milk, sugar and vanilla.

Finally, it is time for the pies: coconut, chocolate, corn, banana, lemon meringue, cheese and pecan showcased on a green tablecloth of parrots and tropical flowers—I lose count after tasting one slice after the other. The corn pie is my hands-down favorite, with a sweet but subtle corn flavor and delicate custardy texture. The crusts are sturdy enough to hold a slice by hand, yet still tender to the tooth. Augustina starts out shy, slowly warming to her story during our interview. But it is her son, Gustavo, who truly touches my heart. Like Lorenzo Cruz, he quit a job in the U.S. to return home, in his case, to sell his mother’s pies.

It became clear that Yelapa takes hold in the imagination, much like Macondo, the isolated town destroyed by modernism in Gabriel García Márquez’s “One Hundred Years of Solitude.” As I say my goodbyes, a hint of melancholy appears, the thought that Yelapa’s future may end in sadness, but then I feel a twinge of hope that the people of Yelapa will return home to build its future, one slice at a time.

Augustina Garcia Lorenzo is famed for her pies, including pay de elote, or corn pie. 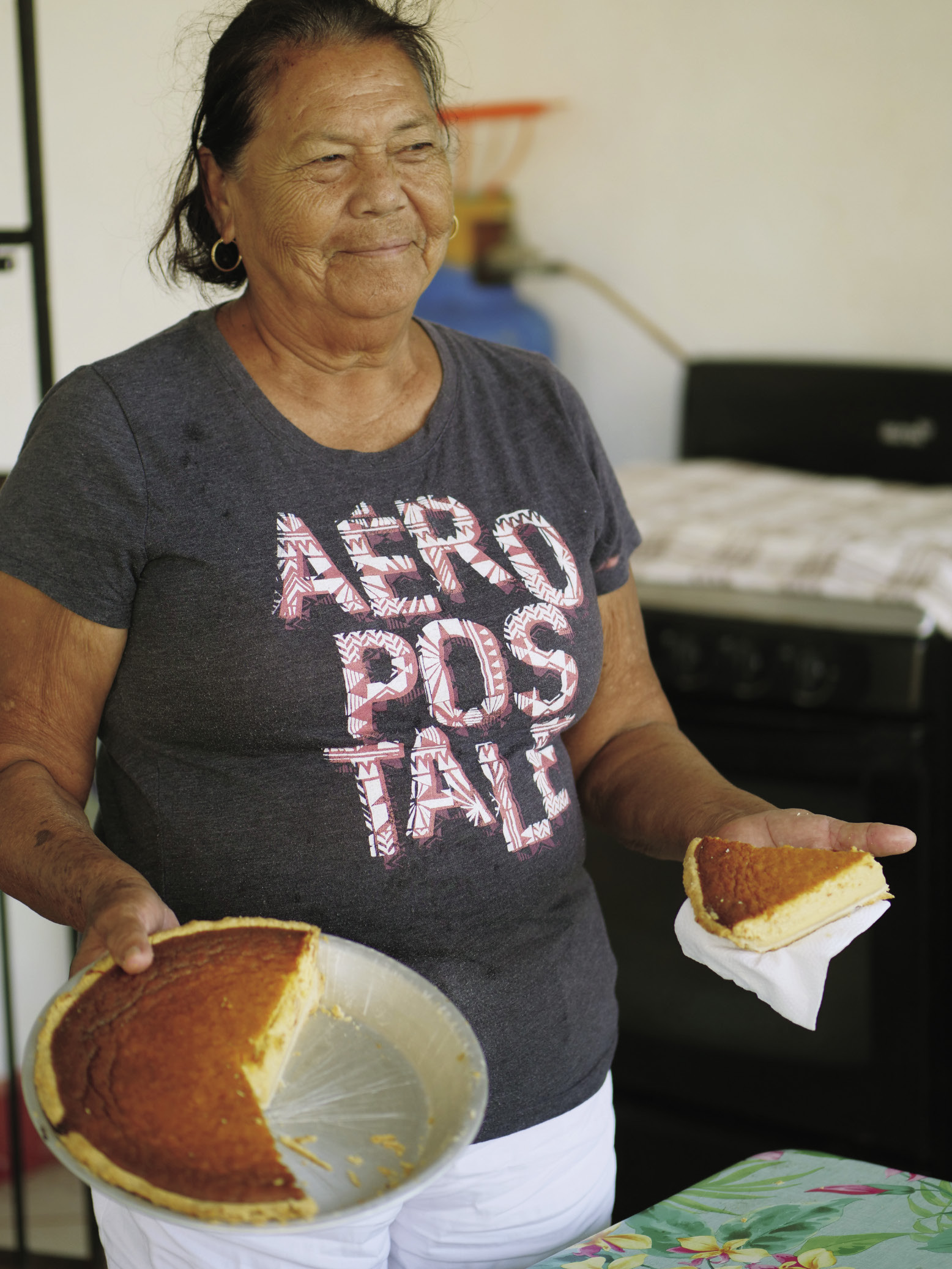 A Look at Grilling Sauces, by the Numbers
Saffron-Spiked Crispy Rice with Chicken and Lemon Zest
The Middle East Reinvents the Summer Salad
The Sultan’s Chicken Salad