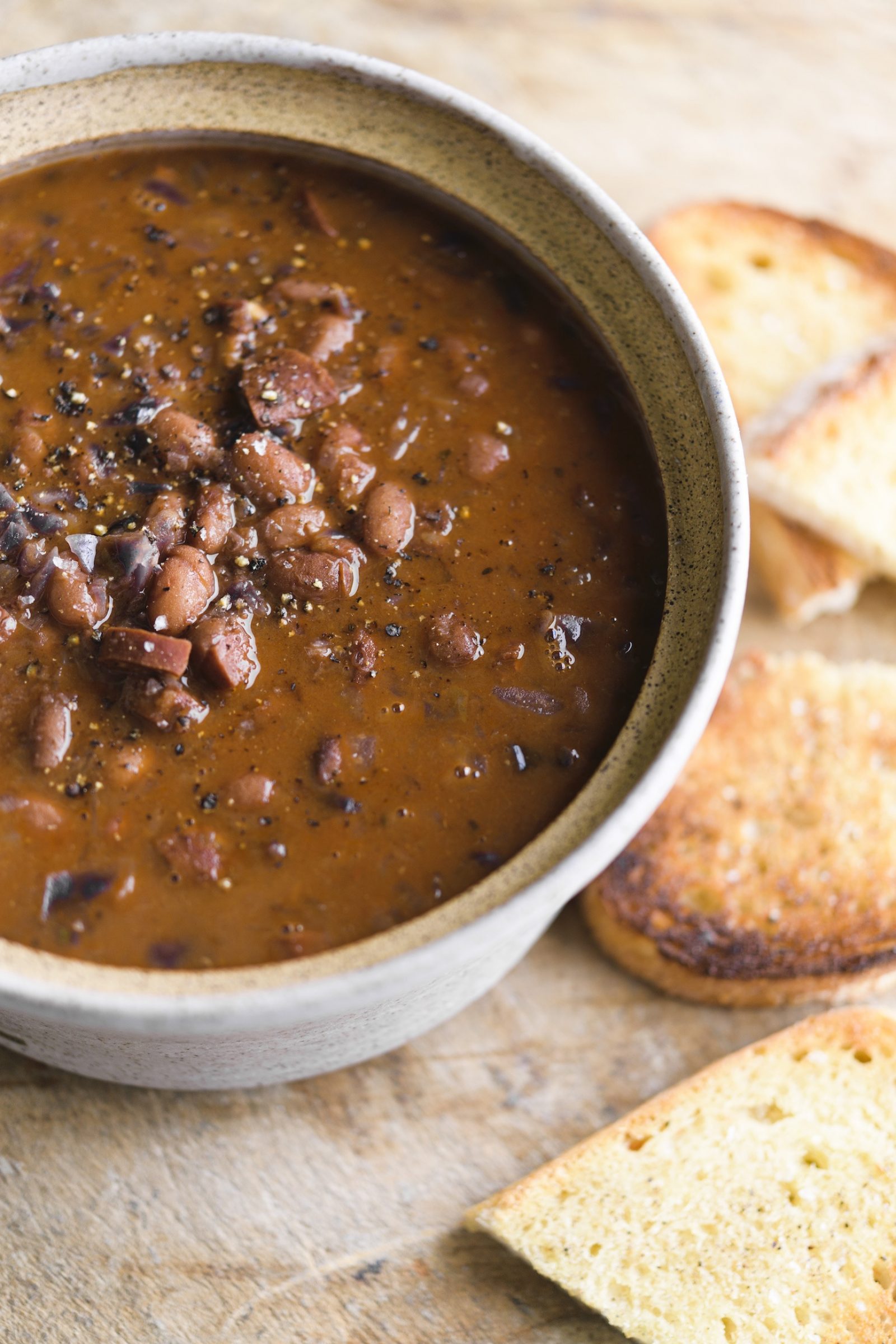 This hearty dish is a simplified take on a Spanish dish called alubias rojas con sacramentos. Instead of using multiple varieties of cured pork, as is traditional, we use only chorizo and heighten the flavor of the beans by cooking them in chicken broth. We also add both sweet paprika and smoked paprika. Cranberry beans are approximately the size of kidney beans, but with a mottled reddish brown and white coloration; they’re also known as Roman beans or borlotti beans.

Don't use fresh Mexican chorizo, as it has a different flavor and texture. Dry-cured Spanish chorizo, which typically is sold in small links and is firm like salami, is the correct type of sausage for this recipe.