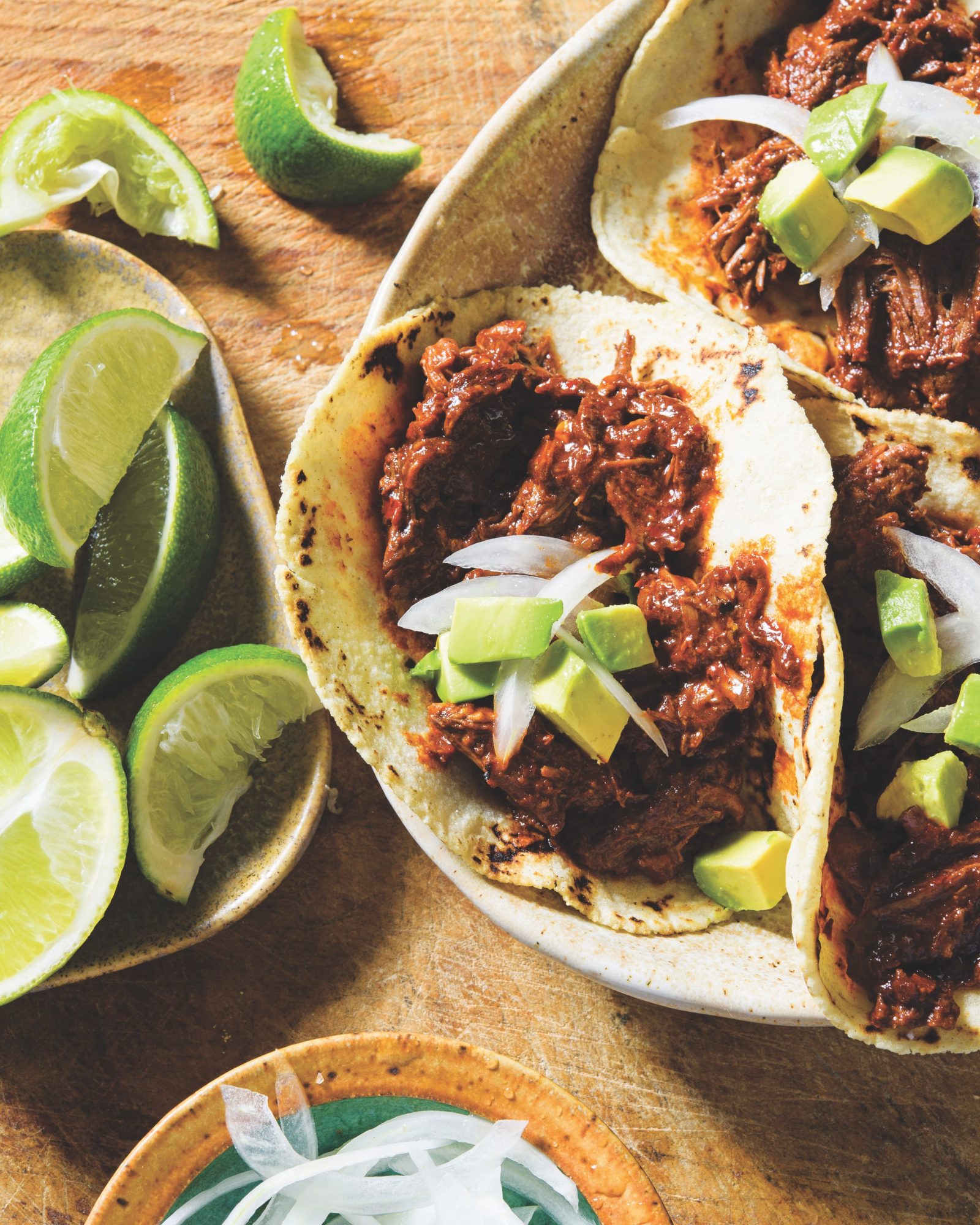 Birria, from the state of Jalisco on the western coast of Mexico, is a succulent stew of shredded meat in a thick, intense, chili-rich sauce. It traditionally is made with goat, but these days, beef and lamb are common. Our version is made with meaty boneless beef short ribs and is loosely based on the recipe taught to us by home cook Aidee Gonzalez in Mexico City. Four varieties of dried chilies went into Gonzalez’s birria, but to simplify slightly, we chose three that are easy to source but deliver lots of earthy, fruity depth and complexity. Instead of braising the beef on the stovetop with the chilies, we pressure-cook it in a 6-quart Instant Pot with a minimal amount of water until fork-tender so the flavor is meaty and concentrated. (If you’d like instructions for braising in a Dutch oven, we’ve included them below.) Only after reducing the cooking liquid and shredding the meat do we introduce a puree of chilies, aromatics and spices. This unconventional technique results in a birria that we think tastes brighter and livelier than one in which the chilies are subjected to the same hours-long cooking as the beef. For making birria tacos, Gonzalez offered warm corn tortillas, plus avocado for creaminess and sliced white onion for allium pungency and crunch.

I don’t have an instant pot, is there any other cooking technique available
Thanks

For this particular recipe we have a Dutch oven version, which you can find here - https://www.177milkstreet.com/recipes/dutch-oven-beef-birria-tacos.

What should you do with the onions that you cook the beef with? Discard?

The onions will break down and become part of the sauce.

Would beef chuck be a suitable replacement for the short ribs?

This recipe should work fine with beef chuck. Just make sure to cut the pieces to the 1-1 1/2 inches in the recipe.

I made it for dinner. My stores only had ANCHO CHILIES. Warning: This dish is NOT for kids. Its very spicy. So I ended up not adding the sauce to meat. The meat tasted good. Its a little heavy but with questo cheese and Avacados it was not bad. I think next time, I will skip the pepper sauce preparation and just add spices to the meat with the garlic.