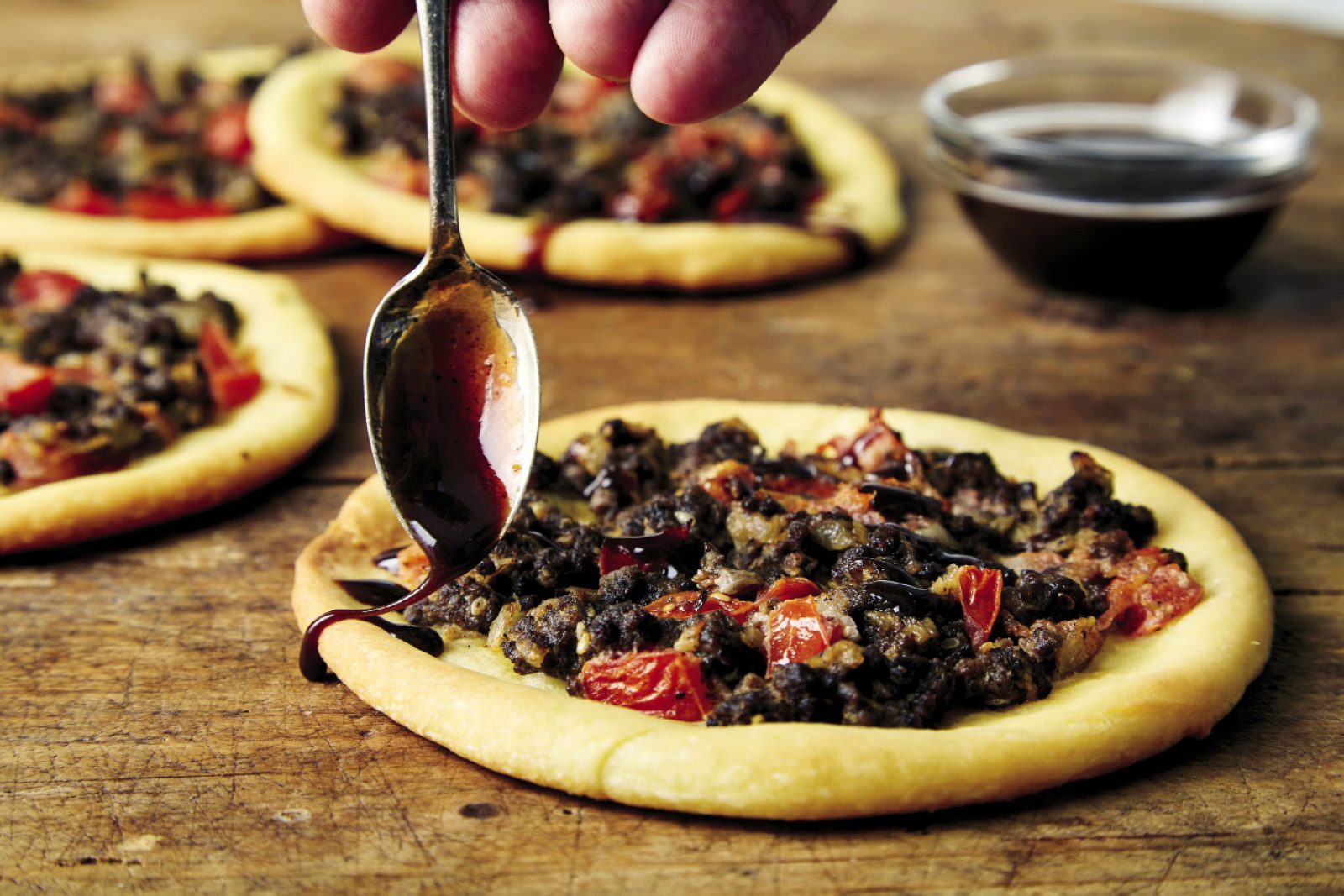 These delicious savory flatbreads are Middle Eastern in origin, but we learned about them in São Paulo, Brazil, where they’re called esfihas (sometimes spelled esfirras). The breads were introduced to Brazil by Arab immigrants, particularly from Lebanon and Syria, in the late 19th century. Esfihas might be formed into dumpling-­like buns that fully enclose a filling, but the ones we favored were open-face like pizzas and about the size of a saucer, with a soft, tender, dinner-roll texture. Toppings varied from ground meat seasoned with spices to cheese to hearts of palm. At São Paulo’s Restaurante & Rotisserie Halim, Yasmin Sultan showed us how to make pizza-style esfihas. We adapted the recipe, adding some yogurt to the dough for a richer, more tender crumb that’s a perfect match for the garlicky, aromatic ground beef and tomato filling spiked with nutty tahini. Za’atar is an herb, seed and spice blend. It’s sold in most well-stocked supermarkets in the spice aisle, or look for it in spice shops or Middle Eastern grocery stores. If you have leftover esfihas, wrap them well and refrigerate for up to two days. Rewarm in a 425°F oven on a wire rack set in a baking sheet for five to eight minutes.

Don’t skip the step of salting and draining the tomatoes. Removing the excess moisture is important for preventing the crusts from becoming soggy.

Reviews
Nancy H.
Delicious! Worth the effort.
I made this for the first time last night. While the recipe took a bit longer than I thought it would (that&#x27;s my bad, I didn&#x27;t read it closely the first time), it was absolutely delicious. I didn&#x27;t have the pom molasses which would have made a great addition. I did have a little bit of topping left over, and put it on top of mini naan and heated it for lunch. Not as great as the tender dough but a great quick fix if you run out of the dough or don&#x27;t have time to make it!
Become A Subscriber To Rate and Review All Our Recipes.
Please Log in or join today for $1.