Reviews
Robin M.
Simple Ingredients….Delicious Cake
I baked the cake exactly as directed for 22 minutes and it was perfect. I even had the thin layer of custard beneath the crust! Thanks Milk Street :-)
Millie M.
Easy and soooo delish!
I love EVERYTHING about this recipe. It was so quick and easy to prepare, even though I don&#x27;t have a stand mixer . . . yet. I did bake it in a dark, nonstick springform pan and it took the full 35 minutes but things are somewhat laid back here in Cajun Country so it&#x27;s not surprising that my oven is one of them. Lol! I look forward to making more of the recipes from Milk Street. It is one of my favorite cooking shows.
Ally P.
Light, lovely cake!
Delicious, light cake that was reminiscent of an angel food cake. Easy to make. Enjoyed the cake by itself, but I imagine it would also taste good paired with ice cream and berries.

This cake was amazing! SO easy to make with a stand mixer and it uses ingredients that are often in my pantry. The instructions are very clear (I attempted a similar recipe not long ago, but without the clarity of this one and it did not have good results). Definitely take it out of the oven sooner rather than later. We ate it with the traditional olive oil and sea salt and it was delicious. My children loved it; I had a piece two days later and it was even better. Highly recommend this recipe!

Is there a gluten free work around?

You could try making this with a gluten-free flour blend, but it will definitely have an impact on the structure and texture of the cake. We have not tested this so we don't know what the results might be.

This cake is a major winner. It is really easy and is delicious even without adding fruit or other toppings. Like others, I had to bake it for between 45 and 50 minutes.

I’ve made this cake twice now, and I am not seeing the custardy layer you describe. The first time, I figured I overcooked it. The second time, I took it out in 23 minutes. There was only a little custard just in the very center of the cake. What am I doing wrong? What else can I try to get this right? The taste is great, but I would like to have the custard layer.

The cake is easy to make and tastes really good. However, I don't know what kind of a pan I have. Its light inside and black outside. I baked it for 25 minutes. The toothpick came out clean from the edge but when I cut into it (when I was ready to serve) the center was not cooked (Yuck!). So that was disappointing. I should have put the toothpick in the center as well :(

Can we use a flavored olive oil, like orange?

We don't have much experience with flavored olive oils and how the flavor changes when baked, so we can give a definitive answer. We have only tested this recipe with regular extra-virgin olive oil.

The recipe specifies 'cake flour'; is this just all purpose flour or does it have cornstarch in it? The article in the magazine for this recipe says it's flour "spiked with baking powder".. but I can't find the ratio on the internet. Most of the info on cake flour is a combination of all purpose and cornstarch. I am so confused.

The main difference between types of flour is in the gluten content. Flour can be made from high-protein wheats (“hard wheat”) or low-protein wheats (“soft wheat”). The more protein in the flour, the more gluten develops, which leads to more strength, volume, and elasticity in the final baked product. Cake flour—made from soft wheat—has the lowest protein content of all flours (7-9% protein). Since its gluten proteins are very weak, cake flour is often used to make soft, tender baked goods like cakes, pastries, or biscuits. A chlorination process further breaks down cake flour’s gluten, creating a flour that’s even more delicate. All-purpose flour is made from a mixture of hard and soft wheat and has a moderate protein content (10-13% protein), so it holds its shape without delivering the same density or level of gluten development as, say, bread flour. A widely-used substitute for cake flour is to remove 1/4 cup from 1 cup of all-purpose flour and replace it with cornstarch. But this is a substitute for cake flour, it's not actually cake flour.

This is great explanation. Thank you!

This is great explanation. Thank you!

Made this cake today and it was delicious! Will definitely make again. I think I slightly over baked the cake by a minute or two yet still had a small custard layer. The picture for this cake makes it appear to have a crusty top layer. Mine didn’t form a nice top crust. Did I do something wrong?

Tried this recipe with GF flour - Better Batter brand -- turned out amazing. Had to watch carefully to get the cook time right. Our springform pan was red on the outside and white on the inside. Not sure if that is dark or light but we baked it for about 25-26 minutes and removed it exactly at the suggested color/consistency. Wonderful with a little powdered sugar and whipped cream topping. Will definitely make again.

Thank you for sharing this information and for including which specific GF flour you used. I am anxious to try this recipe using the adjustments you made.

I am not a fan of sponge cake but heard Chris say on the podcast that this is one of his favorite cakes - so I gave it a try. I will agree it is good for a sponge cake but I remain not a fan.

As others have mentioned, the time was way off for me. I have a dark cake pan; the centre of the cake was raw even after 30 minutes. I use an oven thermometer, so I know the oven was exactly at 375F. It would be great if the Milk Street team could revisit this recipe to make it foolproof.

When it comes to baking, there are many variables that can affect the final outcome. Temperature fluctuations in your oven, how many times you open the door, slight variations in pan size, how much or how little you beat the eggs, temperature of the batter - these can all affect the timing and results. This is why we not only provide approximate cooking times, but also visual clues in our recipes. In this recipe, the clues to look for would be: "bake until the cake is domed and well-browned, the center jiggles slightly when the pan is gently shaken and a toothpick inserted 2 inches in from the edge comes out clean."

Saw this cake made on tv. Looks awesome but before trying it out I would really like the nutritional value of an individual serving. My husband has health issues that require low glycemic foods. Would be nice for all of your recipes. Thank you! Btw love the show.

We are so grateful for your support and are happy you are enjoying the show!

We understand that it's helpful to know the nutritional information for recipes. However, since we are not a health food magazine we do not have a nutritionist on staff to accurately calculate the nutritional details for all of our recipes. We have found that the computer programs that some publications use to calculate nutritional information are not very accurate, which is why we won't use and publish their results. That being said, for individuals, our best recommendation is to use a smartphone app or website into which you can enter ingredients to at least give you a general picture of the nutritional details of a dish. For reliable results, however, we would recommend consulting with a nutritionist or your doctor.

Made this and it is very good. Definitely a little gooey. Good just as it but I did decide to add a lemon drizzle. Family loved it as a breakfast cake. Will make again.

It turned out great! And adding olive oil and sea salt afterwards on top made it all the more flavorful.

Can you add lemon or orange zest?

Though not typically a citrus cake, you could certainly add some zest. We would add it with the eggs in the first step.

We made this for our Easter dessert and it was fantastic! It was easy to make. The texture was very light and we loved the custardy center. We served it with a drizzle of olive oil and as for the leftovers, we had it with homemade whipped cream. Would definitely make this again. 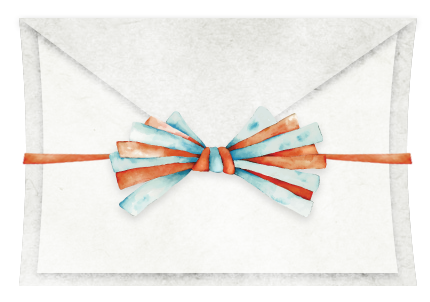 FOR FREE ACCESS TO THIS RECIPE, PLEASE ENTER YOUR EMAIL

Plus, receive a free digital issue of 12 Recipes That Will Change the Way You Cook

Close & Continue
Get recipes, tips, and news delivered to your inbox