Seasoning blends known as masalas are the backbone of much of Indian cooking. But they often involve intimidatingly long lists of spices, each requiring toasting and grinding. Buying prepared blends is easier, but they can taste faded and stale. For our chole (pronounced CHO-lay)—a chickpea curry popular in India and Pakistan—we mix our own garam masala, a warm seasoning blend that features cayenne pepper and cinnamon. To make the sauce, we started with onion cooked until it practically melted. Grating the onion before browning helped it cook faster and gave it a better texture. Amchoor powder made from dried green mangoes gives traditional chole its characteristic tang, but we found lime juice was a good—and more convenient—substitute. When preparing this dish, make sure your potato pieces are no larger than ½ inch thick so they cook in time. Chole typically is eaten with flatbread, such as roti or naan.

Don’t use a nonstick skillet for this recipe; the fond won’t form, which will alter the chole’s flavor. And don’t be deterred by the lengthy list of spices here. Most are pantry staples and are key to producing the dish’s complex flavor. 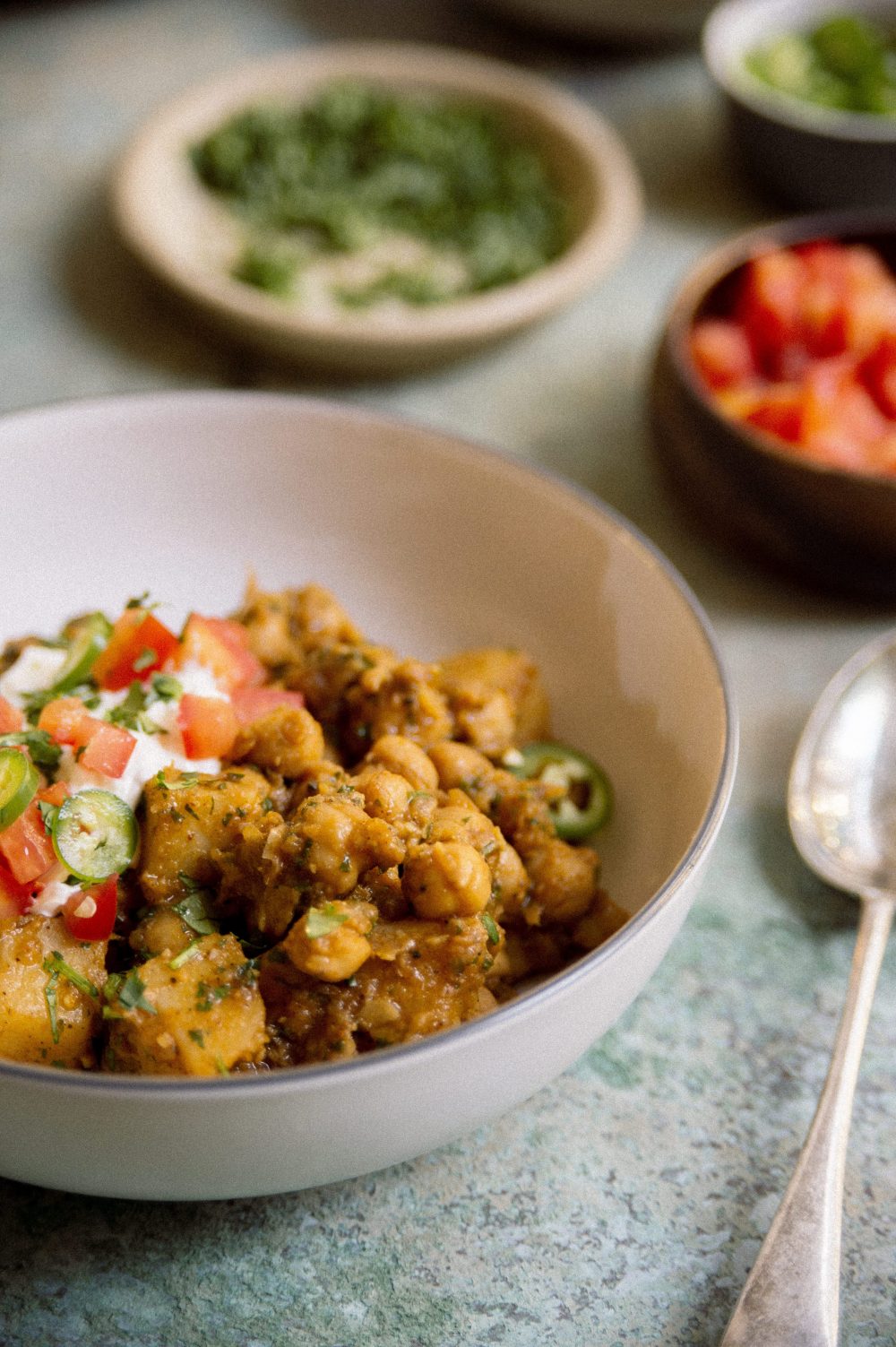 Reviews
The reviews for this recipe are for subscribers only.
Please Log in or join today for $1.