The Turkish vegetable medley called turlu turlu, often described as spiced-up ratatouille, inspired this recipe. The vegetables are sometimes stewed, sometimes roasted; we chose the latter approach, as we’re fond of the browning and flavor concentration that results from cooking in the dry heat of the oven. Vegetables of all sorts—from turnips to okra—may go into turlu turlu. For our version, we limited it to a few types of summery produce with similar cooking times and complementary flavors and textures. Earthy, mildly spicy Aleppo pepper (or paprika mixed with cayenne), coriander and cinnamon perfume the vegetables, their flavors blooming during roasting. A final flourish of yogurt mixed with cilantro is by no means traditional (cilantro isn’t often used in Turkish cuisine), but we think it adds a bright, creamy counterpoint to the deeply flavorful veggies.

Don’t use a baking sheet or a low-sided pan to roast the vegetables. The higher sides of a roasting pan slow the rate of moisture evaporation so the vegetables don’t dry out before they’re fully tender. 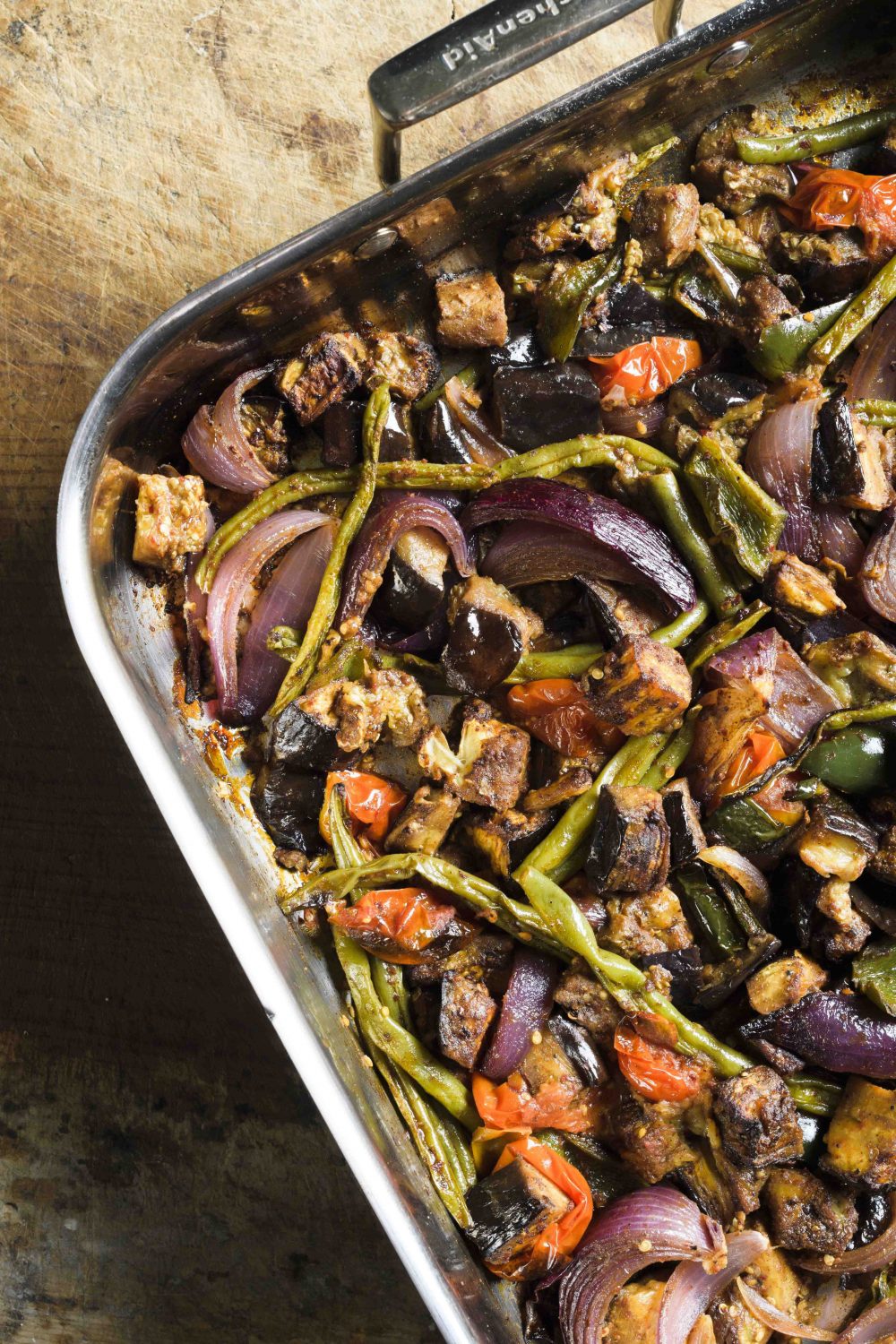 I made this along with a couple of other Middle Eastern recipes from Milkstreet for my husbands birthday. Everyone was amazed by how flavorful the vegetables were. This would be a great vegetarian main with some brown rice. It is a touch spicy (5 year old grand daughter found it too much so, but most of us found it just right.)

Made this today for lunch. Very filling! The spice level of Aleppo pepper varies from supplier to supplier; if yours if fiery, adjust. One change I would make in future is to cut everything to bite-size pieces. Long strips of poblano and 6" green beans are no fun to eat. Also, cut the root end off the onions. Otherwise you have to deal with them in the finished dish.

I've made this a few times now with the vegetables specified in the recipe and with other combinations (I felt like the introduction was an invitation to experiment). It is fantastic. The warm spices on the roasted vegetables and the cilantro yogurt are irresistible. I agree with the pervious comment about cutting the vegetables into smaller pieces.