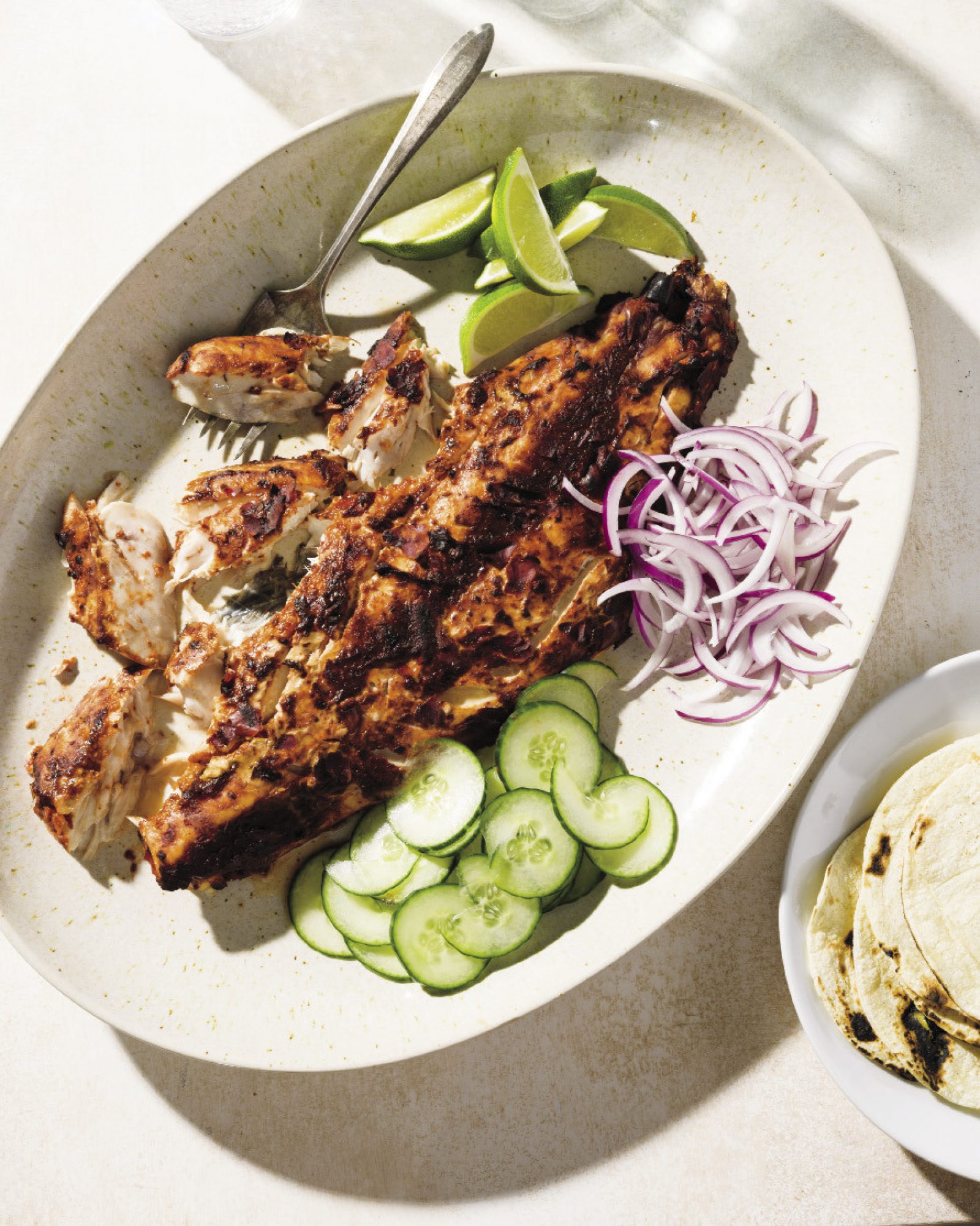 Slow-Cooked Snapper with Chili and Lime

4 to 6 Servings
Log In to Rate This Recipe
Made This Recipe? Write a Review.
Thank you for submitting your review! A member of our team is confirming the review meets our site's Community Guidelines. It will be posted on the site shortly.

Pescado zarandeado is a grilled fish dish popular on Mexico's Pacific coast, particularly in the states of Sinaloa and Nayarit. We first sampled it in the town of San Vicente at Restaurante Bar Fernando, a casual eatery known for its outstanding rendition of the regional specialty. Traditionally, a fragrant, deep-red paste of dried chilies, tomato and achiote coats the flesh of a butterflied snapper or snook. Held in place by a grill basket, the fish is cooked slowly over coals until only lightly charred so its finished texture is tender yet meaty. To adapt pescado zarandeado for year-round cooking and simplify it for an oven method, we opted for skin-on fillets rather than a butterflied whole fish. (We stuck with snapper, though we also loved the texture of fluke and haddock.) To replicate the flavor of the seasoning paste, often made with hard-to-find cola de rata chilies, we rely on a combination of mild, fruity guajillo and smoky, raisin-y ancho, as well as soy sauce—an ingredient commonly used in the region’s cuisine. As for the achiote, we like paste form, made of achiote (also called annatto) seeds, spices and seasonings, condensed into a small brick. Look for it in the international aisle of well-stocked supermarkets, in Latin American grocery stores or online. If achiote paste is not available, sweet paprika lends a similar red hue but with different flavor nuances. The recipe yields twice as much chili paste as needed, so refrigerate the extra in an airtight container for up to a week. We like to slather it on ears of corn as they cook and use it to baste chops on the grill. If feeding a crowd, simply double the fish quantity and utilize all the paste. We like to serve the fish with lime wedges, warm corn tortillas and thinly sliced cucumber and red onion to add color, crunch and freshness.